Gamers don’t want their video games to give them an easy time. The challenge makes video games fun and it’s what makes it so rewarding when the final boss finally falls to his knees or when the end credits start scrolling across the screen. However, there are those games which cross the difficulty threshold into sadist territory. Whether they take deliberate pleasure from punishing players or they accidentally set the bar a little too high, here are the top 10 most difficult video game levels ever made.

Younger gamers have it easy these days. Most video games aimed at younger players are more than willing to hold them by the hand without really putting up much of a challenge. But it wasn’t always this way. The Lion King game was aimed at children but it was a very tricky and challenging platformer. Jumps and landings were made all the more difficult because of the way Simba moved. The controls had a very sensitive twitchiness so it was easy to mistime any simple movement. The Elephant Graveyard was one of the game’s hardest levels as the attacks of the enemy vultures and hyenas took up a huge amount of the screen which made it difficult dodging their attacks without losing health. Even worse, the level was strewn with spiky bone traps which were very easy to fall into.

Another popular children’s cartoon video game which took delight in frustrating its fan base was Teenage Mutant Ninja Turtles for the NES. Similar to the Castlevania series, TMNT was a side-scrolling action platformer which put players in control of their favourite turtle as they explored sewers and took on foot soldiers and other allies of the deadly Shredder. Although the sewer stages were by no means easy, the game reached a whole new level of video game hell with its underwater missions. Players are given 2 minutes and 20 seconds to swim around and disarm 8 bombs, but they must manoeuvre around the ever present threat of electrified seaweed and other annoying traps. Controlling the turtle underwater was hard enough (especially as some of the seaweed sections were barely big enough to fit through) but the countdown timer was a punishing feature which hurried players along and encouraged them to make ill-timed mistakes.

There’s quite simply no other platformer like Super Meat Boy. It’s a fast, manic little game which teaches players from the very beginning that death is inevitable. However, that doesn’t mean that dying over and over doesn’t get frustrating. By far the most testing part of the game is the Dark World of Cotton Alley. The name sounds innocuous enough, but this stage contains levels which are full of ripsaws, flying enemies, projectiles and, just to make it a little bit harder, disappearing floors. 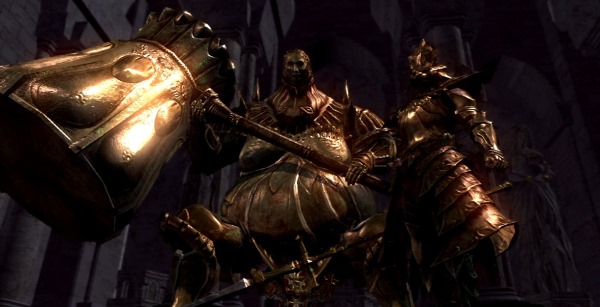 Hack and slash series Dark Souls has a reputation for being one of the most difficult modern video game franchises. When the game was first released, video reviewers were mixed in their approach to the game’s difficulty with some questioning how ‘fair’ some of the crushingly hard levels really were. While it’s true that Dark Souls is challenging (and at times it does rely a little too heavily on a trial and error approach), most of the game’s difficulty comes from the fact that it doesn’t explicitly tell players what they need to do or where they need to go. The double boss fight Ornstein and Smough is a standout example of this approach. These two huge bosses are relentless in their attacks and when one is killed the other gets even stronger. For many players, this encounter was a nightmare which stopped them from progressing further in the game. The boss fight is more manageable with the help of an NPC (players can spend humanity to summon a knight called Solaire who lends a hand during some of the more difficult areas of the game), but players who didn’t have any humanity or didn’t know they could summon some assistance meant that Ornstein and Smough, like many other bosses in the game, were no pushover.

The Zelda games have always been about exploration and fans of the series are used to backtracking and map-checking. However, Ocarina of Time took this to a different level. The water temple is a confusing dungeon which contains several different chambers. To navigate around the temple, players have to keep changing the water level as well as figure a way around all the different rooms and puzzles. It’s very easy for players to completely forget their progress and go round in circles doing the same thing without actually getting anywhere. Fans were vocal with their frustrations and the 3DS remake of Ocarina added coloured lines inside the temple which made it much easier to complete. 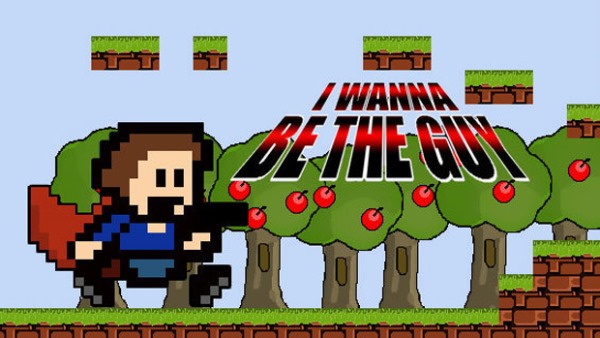 I Wanna Be The Guy is a platformer designed for video game masochists. Inspired by 8-bit classics (even all the bosses are characters from old Nintendo games), I Wanna Be The Guy was made to recreate the ‘Nintendo Hard’ attitude of old video games. Almost every level is specifically designed to kill the player. Sometimes the screen is literally filled with difficult traps and enemies that it seems impossible to progress any further. However, although at times the level design feels ‘cheap’, the game rewards skill and patience and the controls are precise in their simplicity. The game is a true test for the abilities of any experienced gamer.

Battletoads is one of the most infamous video games of all time. A frustrating mashup of platformer and beat em up, Battletoads was responsible for teaching an entire generation of gamers that life wasn’t fair. The entire game was a frustrating nightmare as enemies come thick and fast and at times the screen gets completely filled with all manner of projectiles and impossible to dodge obstacles. Even worse, the game switches up its mechanics so often that some levels feel like a completely different game. However, the most notorious level of Battletoads was the turbo tunnel. Manning a hoverbike, players must safely dodge and weave between barrages of oncoming columns and jump over walls as the vehicle gets progressively faster and faster. To say that lightning fast reflexes are needed is a huge understatement as the obstacles come thick and fast and it’s nearly impossible to time everything just right. Although the rest of the game is just as difficult, Turbo Tunnel was only the third stage out of a total of 13. 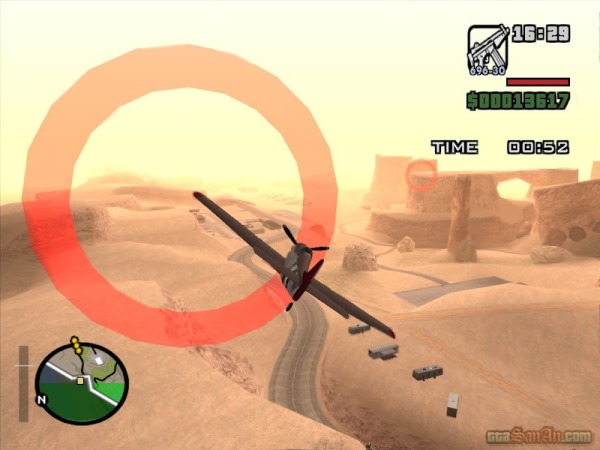 The introduction of a wider variety of aircraft to the Grand Theft Auto series was meant to be a cause for celebration for players, but sadly it had the opposite effect. The flight school in San Andreas had some of the trickiest and most annoying missions of the entire GTA series. The planes are very awkward and difficult to fly, especially when turning or banking, which makes some of the tricks required to pass each mission nearly impossible to pull off. It’s a challenging feat and the missions stick out in a series which otherwise offers intuitive and easy to learn vehicle controls.

2. Call of Duty: World at War – Heart of the Reich 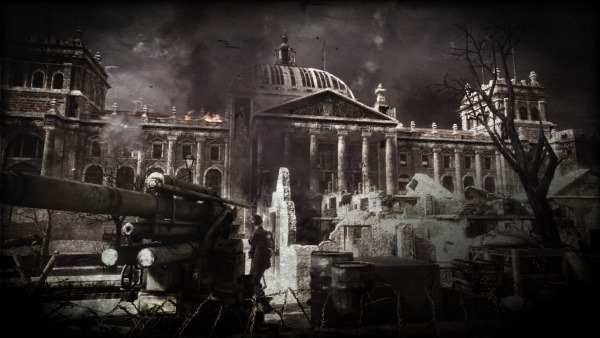 The Call of Duty series is one of the most popular video game franchises of all time, but it’s Veteran difficulty setting will test even the most hardcore gamers. The penultimate level of World at War sees players take control of a Soviet soldier as they advance on the Reichstag. The increased accuracy of the enemies is bad enough, but their grenade spamming is completely relentless and renders safe areas of cover useless. Any hope for a tactical approach goes out the window as the level becomes an exercise in luck rather than skill.

Mike Tyson’s Punch-Out was a wonderfully over the top boxing game for the NES which matched players against some outrageous opponents in the ring. These foes were no pushover, but the real test came in the final match when players had to stand toe to toe with the champ himself. Tyson has some devastating one hit KO punches and a HP bar which takes forever to deplete. Even worse, he doesn’t telegraph his punches so dodging his blows requires a certain amount of luck as well as quick reflexes, and losing to him means restarting the entire game. Of course, like many other games on this list, nostalgic players who want to beat the game on an emulator can look up the final fight on YouTube for an easy way to beat the champ (he stops the one-hit knockout punches after 1:30 which makes it so much easier), but this final fight defeated countless gamers over the years.