If there’s one thing we can always rely on video games for it’s their ability to provide us with pretty grim and bleak visions of the future. Whether they’re set centuries in the future or just a few years from now, developers seem to take sick pleasure in creating truly depressing futuristic environments and storylines. Gamers have seen the world overrun by the likes of zombies, aliens, mutants and good old-fashioned fallout radiation, but they still just can’t seem to get enough of these dystopias. 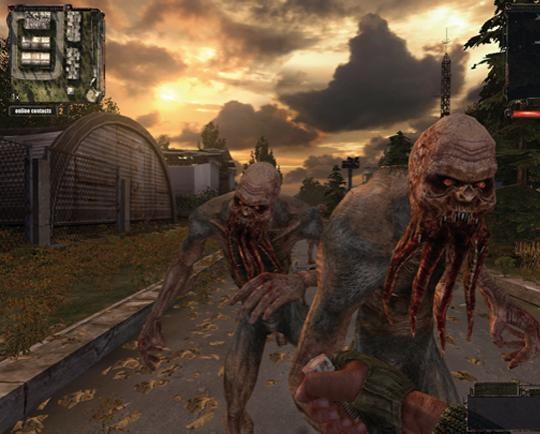 There’s something about post-apocalyptic games set in a Soviet or Eastern European country which makes them much more depressing. Taking place in a future which has suffered from a second nuclear meltdown at the Chernobyl power plant, S.T.A.L.K.E.R. lets players take control of a character who makes a living from scavenging in “The Zone”; the 30 mile area surrounding the meltdown site which suffers from strange activity as a result of the accident. Like most post-apocalyptic video games, S.T.A.L.K.E.R. relies heavily on dark rooms, flashlights and far-off sounds (not to mention plenty of brown and sluggish-looking environments) to creep players out. Of course, irradiated mutants and animals also turn up, but the FPS/RPG hybrid has a few tricks up its sleeve which differentiates itself from other similar sounding games. The Zone suffers from weird, reality-altering anomalies which provide trippy visuals and affect gameplay. These phenomena range from the likes of mysterious electricity bolts hanging in the air to gravity-sucking vortexes which pull in and squelch up anything unlucky enough to be in its radius. 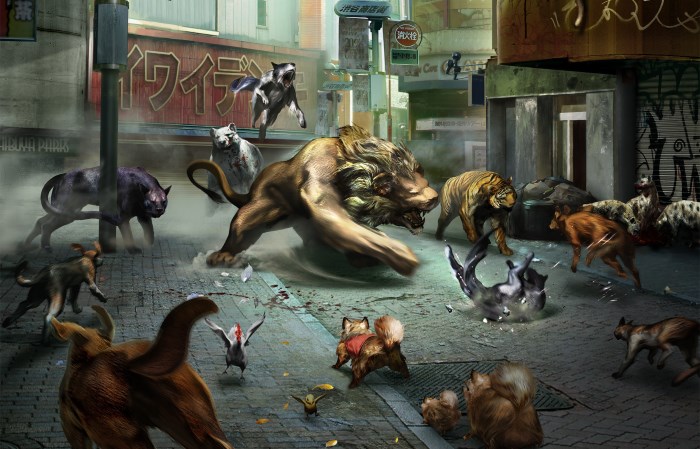 Tokyo Jungle is a completely mad survival game which takes place in a futuristic version of the city after it has become deserted and overrun by wildlife. Taking control of a whole host of creatures which range between a tiny Pomeranian, vicious lion and even a robotic dog, Tokyo Jungle is essentially a side-scrolling game where players have to fight and evade other animals in the urban wasteland. The premise is never taken too seriously and the whole thing is pretty tongue-in-cheek (the game is divided into different ‘acts’ and the objective of the first act states that “It’s time to wake the wild beast within the Pomeranian.”), but the game does have some surprisingly innovative combat, platforming and stealth mechanics. 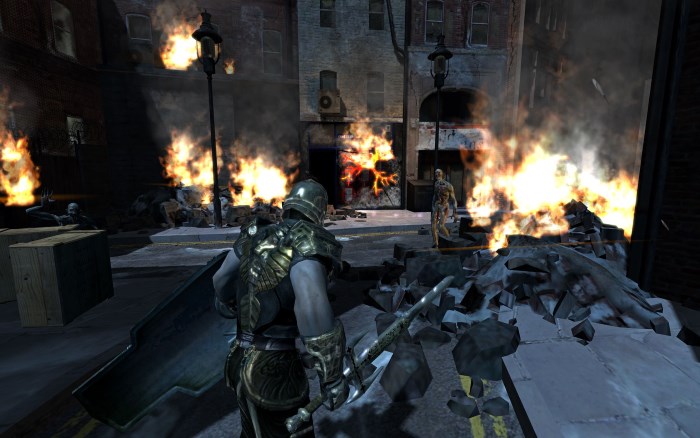 Demons and other evil supernatural beings are fairly underused when it comes to post-apocalyptic video games, but Hellgate London shows that this is something of a missed opportunity. Set in the year 2038, the titular city has been overrun by demons and it’s up to the Knights of the Templar to fight back the undead hordes. Hellgate: London has fairly substantial single player and multiplayer modes, but the game received average reviews for its middling gameplay and lacklustre story. However, it does feature plenty of combat and the premise is a very unique one for the action RPG genre. 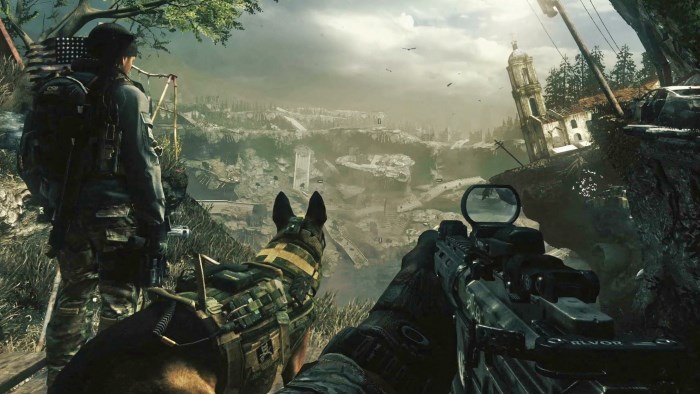 It’s easy to criticise Call of Duty for basically recycling every stereotype and trope in the action movie handbook, but the games do offer a nihilistic look at modern warfare and the political climate. Over the course of the series the world has been brought to its knees by the likes of civil wars, nuclear bombs, terrorist attacks, EMP devices, the assassination of world leaders, orbital super weapons, devastating cyber-attacks and many other just generally terrible events. Each game in the series tries to find a way to one-up the previous title, and although the franchise is getting a bit stale even with hardcore fans growing tired of it few series can do worldwide destruction as thoroughly and depressingly as Call of Duty. 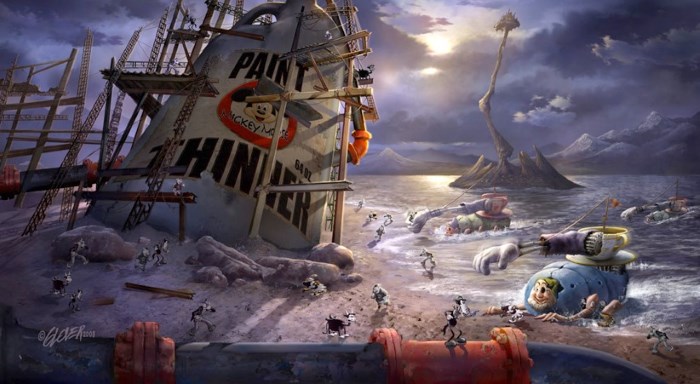 The words post-apocalyptic and Disney are seldom used in the same sentence, but this is the creative premise of the Epic Mickey games. Set in a strange world called the Cartoon Wasteland, Epic Mickey is a surprisingly dark platformer set in an alternate Disney universe which has become a home to ‘forgotten toons’. Players take control of Mickey Mouse as he sets out to restore the Wasteland while avoiding the deadly clutches of the Blot, and it’s strangely refreshing to see this dark twist on the Disney universe which still manages to retain the epic wonder and creativity which the company is renowned for. 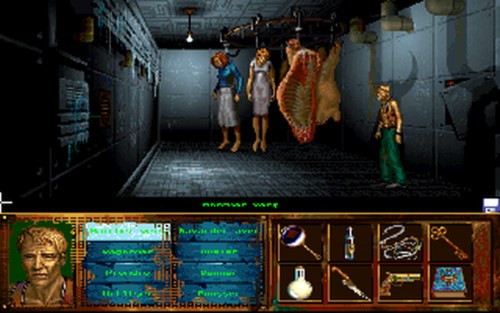 Based on the Harlan Ellison story of the same name (the author also helped to develop the game and provided his voice talents to one of the characters), I Have No Mouth, and I Must Scream is a point and click adventure game which takes place in a bizarre future which has seen all but five members of humanity destroyed by an out of control supercomputer named AM (Allied Mastercomputer). AM uses its powers to give the remaining survivors a longer life so that it can torture them forever, but the computer gets bored after a century and devises a new game for its victims. Each captive is transported into a false reality created by AM where they must face their worst fears and life’s failings in an attempt to redeem themselves and, in AM’s mind, also redeem humanity itself. A cult adventure classic, I Have No Mouth is a grim psychodrama from the mind of one sci-fi’s greatest writers. 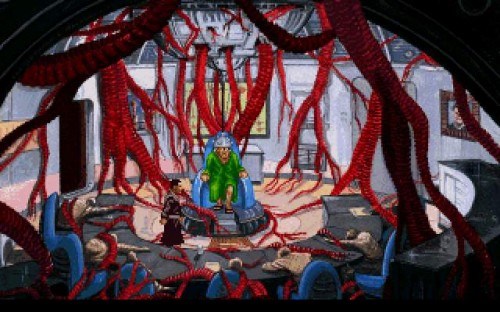 Another underrated point and click adventure game from the early 90s, Beneath a Steel Sky is set in a future where Earth has been badly damaged by pollution/nuclear warfare and the vast, sprawling Union City has become a melting pot of social conflict as the downtrodden industrial and commercial workers are forced to live, literally, in the shadow of the wealthy elite. With steampunk style art direction provided by legendary comic book artist Dave Gibbons, Beneath a Steel Sky is a visual treat which manages to perfectly recreate the oppressive feeling of a claustrophobic metropolis and show that humanity’s worst enemy is itself. 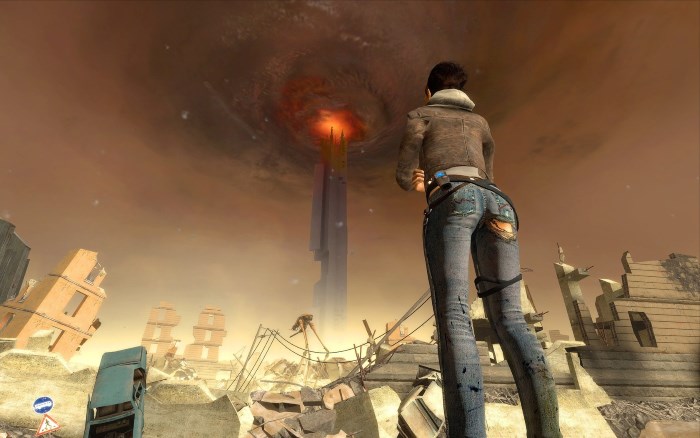 Valve is not only one of the most successful and popular game developers of all time; they also know a thing or two about dystopia. They’ve introduced chipper, robotic overlords in the Portal series and revitalised the manic terror of zombie hordes in Left 4 Dead, but Valve’s bleakest vision of the future came in Half-Life 2. Set 20 years after the events of Black Mesa from the first game, series protagonist Gordon Freeman is awoken from stasis to find that the world is being harvested by a multidimensional threat called the Combine. Outmatched and overrun, Earth has surrendered to the Combine and is being closely watched in a police state and organically assimilated by the alien threat. 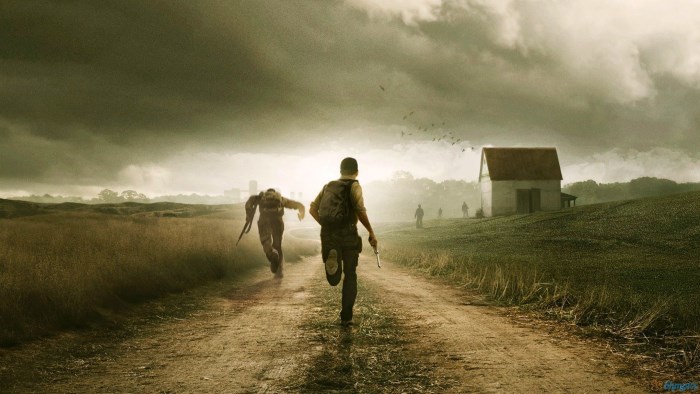 There’s so many zombie video games out there that it’s hard to choose just one which best portrays a future which has gone very, very wrong. It doesn’t really matter about the context or setting, the thought of hordes of mindless, flesh hungry zombies overrunning civilisation is a terrifying concept. However, survival shooter DayZ manages to bring an even more terrifying factor into the mix – other players. The open-world online game sees players running around the deserted fictional city of Chernarus as they desperately search for sparse supplies and weapons while attempting to avoid zombies. The realism in DayZ means that players can die from things like starvation, thirst and blood loss, so it’s highly likely that if you run into a fellow human player who is better stocked than you then they probably won’t look too kindly on your desperation. While some are generous and will share food with a starving noobie, most players operate with a shoot on sight policy and will cheerfully degrade others (making victims strip their clothes and start dancing is a popular choice) before executing them. 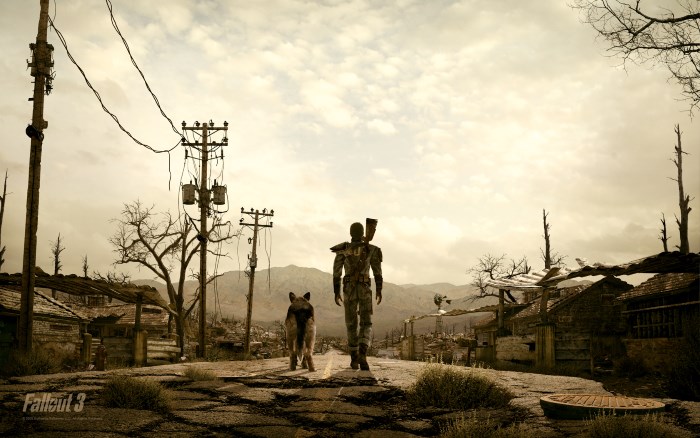 Few dystopian futures and environments are as interesting and fully-realised than the one presented in the Fallout series. Fallout is set in an alternate future heavily inspired by the nuclear paranoia which loomed throughout America during the Cold War. At some point, our history and the one featured in Fallout diverged, creating a weird, anachronistic future which seems permanently stuck in the ‘World of Tomorrow’ mentality and vision of the 1950s. Despite being set after the Great War of 2077 where the world’s superpowers traded nuclear attacks with each other and turned the Earth into a giant wasteland, Fallout is a deliberately hokey and satirical look at the Atomic Age. Featuring mutants, tribal gangs, cannibals, out of control machines, weird little civilisations and much more, Fallout has pretty much everything you could ever ask for from a dystopian future.