No matter how solid the ground looks, it is always possible for a sinkhole to form. The soil collapses from one moment to the next, and suddenly there is a deep hole in the ground. In some situations, these holes drag cars and buildings with them, but (luckely) many sinkholes are located in remote places in nature. What are the largest sinkholes in the world? You can read that in this top 10. 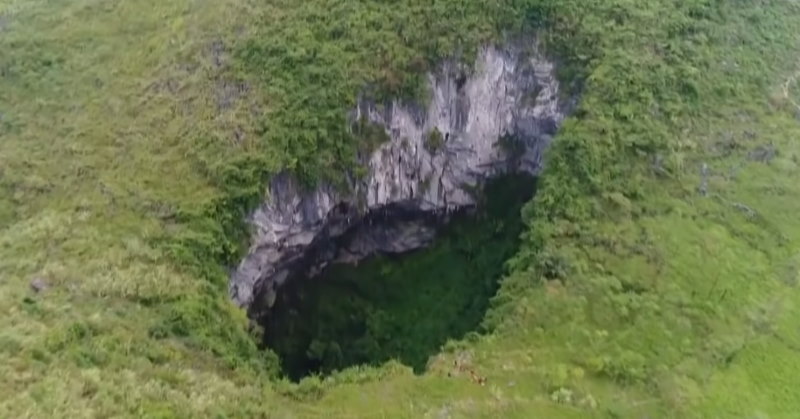 This sinkhole is located in a beautiful location, in the middle of Chinese nature. The environment of the sinkhole consists of a large cave system. The hole is no less than 384 feet deep and was discovered by a group of adventurous scientists who lowered themselves into the hole with a rope. Today, Nongle’s sinkhole is still being explored by geography experts.

In the US state of Texas you will find a sinkhole with a depth of 400 feet. Numerous tourists travel to the natural landscape where the sinkhole is located. Here they not only enjoy a beautiful view, but also admire the many bats. Around the sinkhole you can find the largest colony of guano bats in the world . 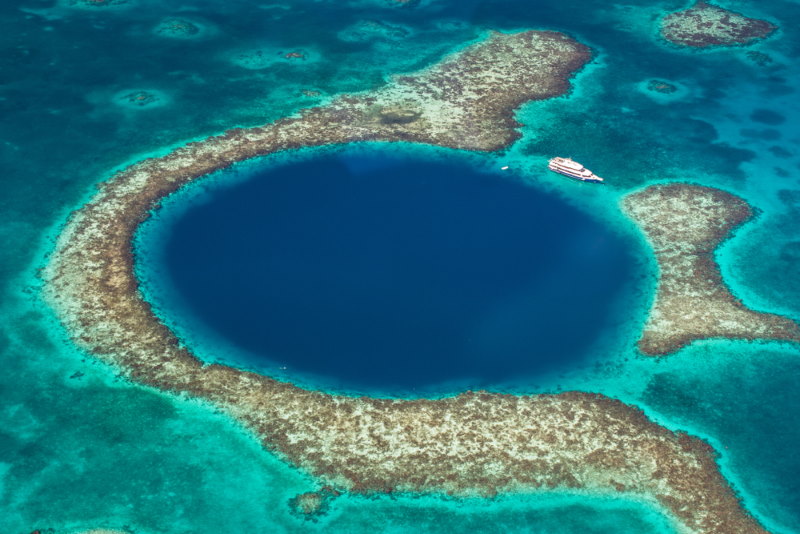 Not all sinkholes are on land. Some holes are created underwater, which creates a beautiful picture. Great Blue Hole is a good example of this. You will find this sinkhole in the country of Belize, not far from the coast. The Great Blue hole has a depth of 433 feet and a perfect round shape. Divers love to visit the sinkhole because here you will find more than 150 types of coral and all kinds of beautiful fish. 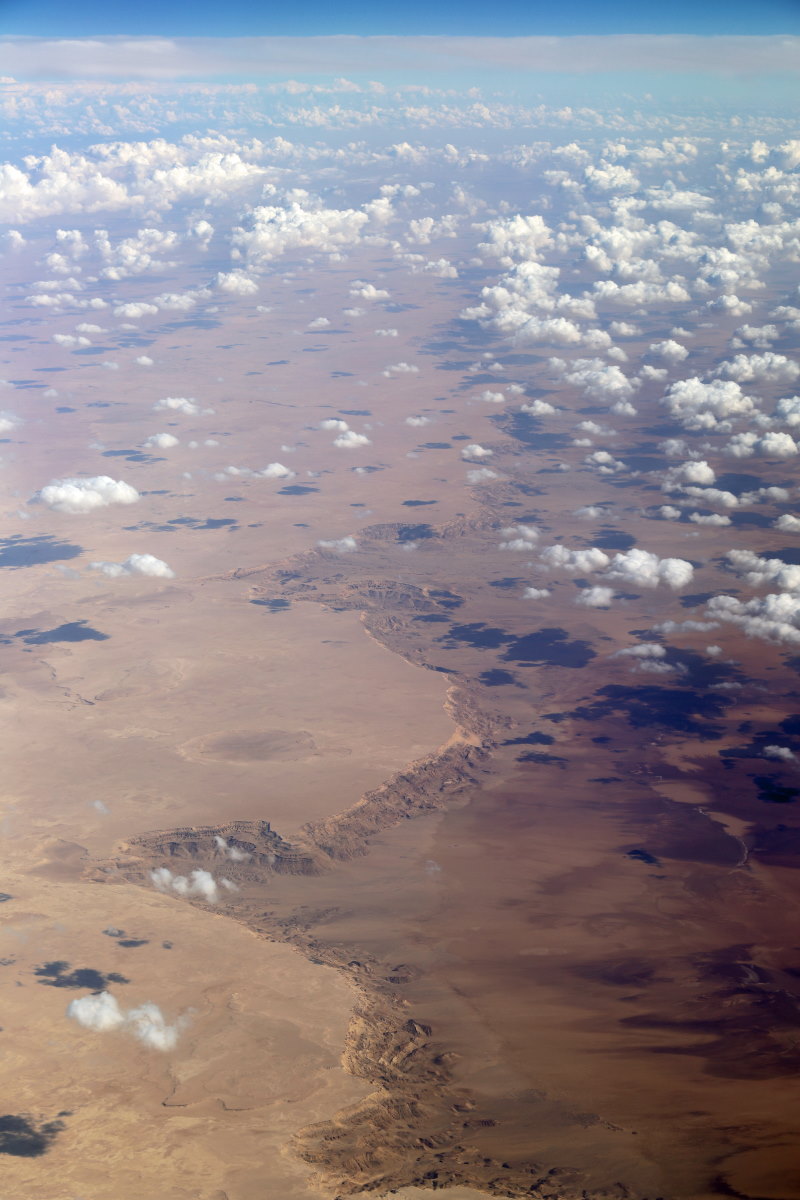 The Qattara Depression is as deep as the sinkhole in Belize, with a depth of 433 feet. It is especially the width of the hole that makes this natural phenomenon so special. If you want to walk from one side to the other, you have to bridge no less than 83 miles. The sinkhole is also one of the lowest points in all of Africa and is known for its versatile nature. Here you will encounter salt plains, wetlands and dunes. 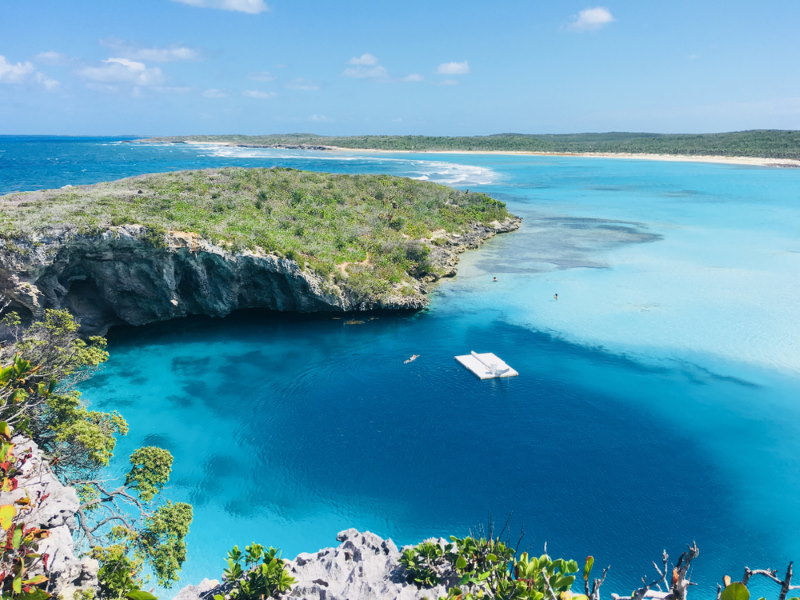 This sinkhole can also be found under the water. Dean’s Blue Hole has a depth of 663 feet. Thanks to this enormous depth, the water above the sinkhole has a very dark color, so you can view the hole from a distance. Here too the underwater world is very rich, with a large amount of tropical fish in the water. 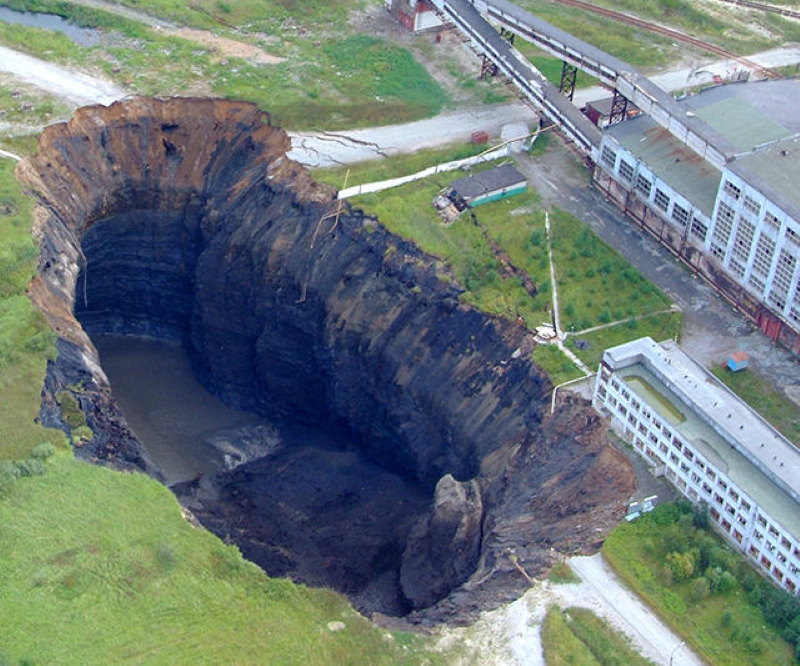 Sinkholes have made Russian Berezniki a ghost town. Many mines can be found nearby. This reduces the stability of the soil, so that the soil can just collapse. The largest of the zinc holes is nicknamed “the grandfather” and is 777 feet deep. The area around the sinkhole needed to be stabilized, so hopefully the surrounding houses don’t collapse.

The Paracel Islands are located in the South China Sea. Here you will find the largest sinkhole under water (also known as “Blue Hole” in English), with a depth of 984 feet. The sinkhole is ancient and plays a major role in Chinese mythology. It is also called the eye of the South China Sea and it is thought that the mythological monkey king found his golden weapon here. 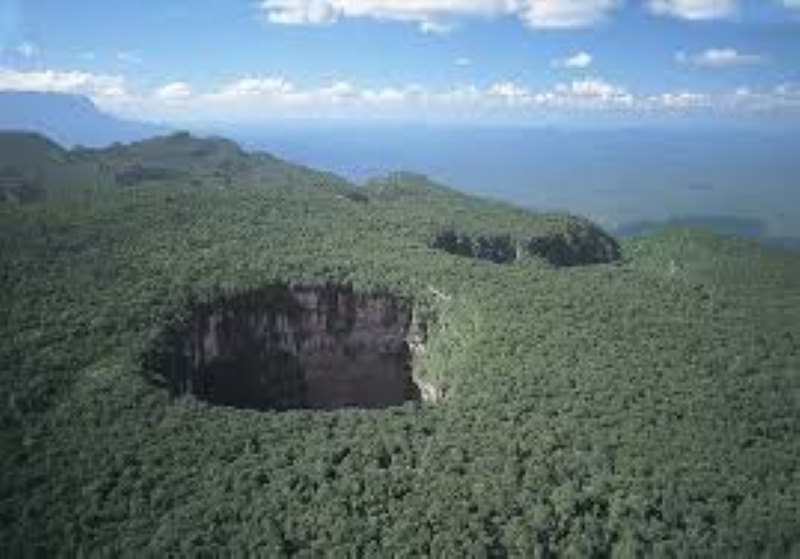 With a depth of 349 meters, this sinkhole in Venezuela is certainly impressive. Sima Humboldt is near another sinkhole called Sima Martel. In 1974 it was decided to study the holes better, but that didn’t go too well. The researchers found it difficult to climb out of the sinkholes. 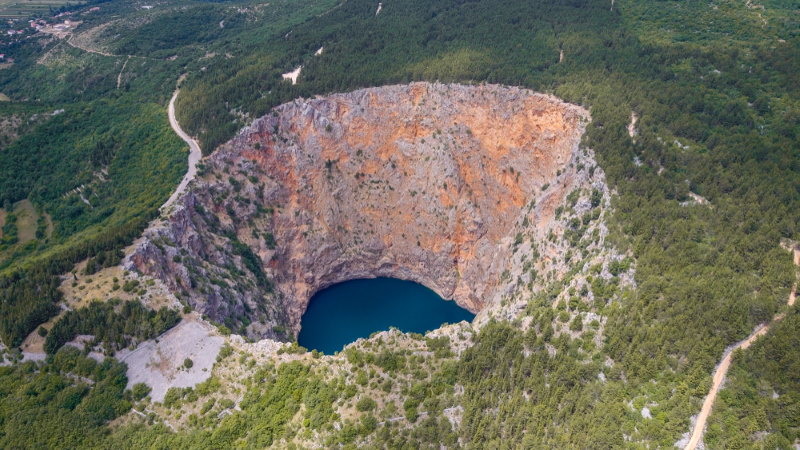 Crveno Jezero has a depth of 1.738 feet. The locals also call this sinkhole the red lake. This is because the sinkhole is in a mountainous area with red limestone. These stones contain iron oxide that gives the rocks a red color. A rare fish that lives in the water: the dionda melanops. 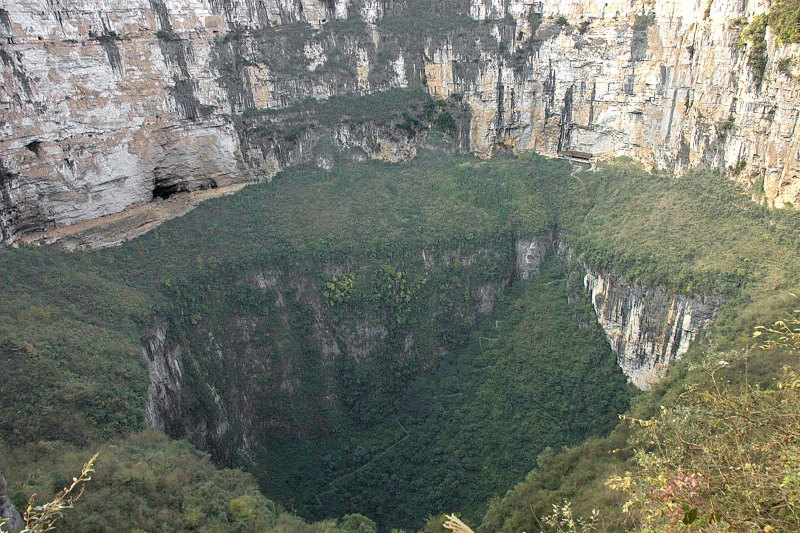 The deepest sinkhole in the world can be found in China. Xiaozhai Tiankeng has a depth of 2.171 feet and is 2.053 feet wide. The hole consists of two craters, the first crater being a lot higher than the second. Both craters are covered with numerous trees and plants, creating a rich ecosystem in the sinkhole. Here you will also find a number of special plant and animal species.

Top 10 Highest Mountains in the World