A natural disaster is a sudden event that causes widespread destruction, lots of collateral damage or loss of life, brought about by forces other than the acts of human beings. A natural disaster might be caused by earthquakes, flooding, volcanic eruption, landslide, hurricanes etc. In order to be classified as a disaster, it will have profound environmental effect and/or human loss and frequently incurs financial loss. The following ten natural diasasters since 1900 have the highest death toll. 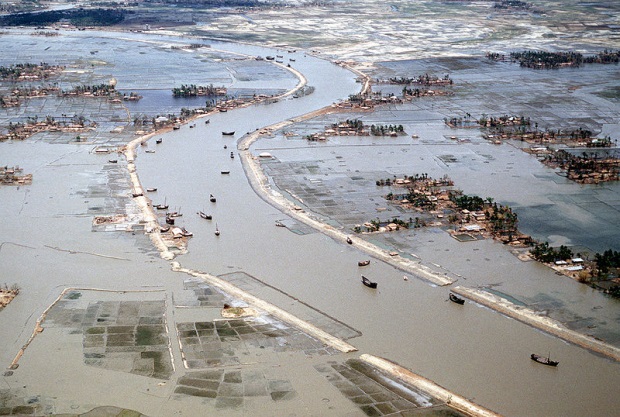 Despite having the rather friendly sounding designation Bob 01, this cyclone turned out to be one of the most deadly in history. As often happens with disasters, it was not one factor alone that played a part in making the cyclone so lethal. The monsoon season was in full spate, and this had caused a massive depression (area of low pressure) neatly in the ‘bowl’ of the Bay of Bengal. This configuration encouraged the growth of the cyclone until the wind field encompassed nearly the entire bay. At this point a nearby area of high pressure ‘pushed’ the by-now massive storm towards land. This movement drew an immense storm surge with it, and it is this unsurpassed high tide that was responsible for most of the fatalities, drowning most of the victims. Warnings were issued as to the estimated severity of the storm but some people could not evacuate the area in time and still others did not believe that the storm would be as bad as predicted and refused to leave. However, statistics show that some 2,000,000 people did heed the warning and evacuated the area: perhaps preventing the already cataclysmic death toll from being even higher… 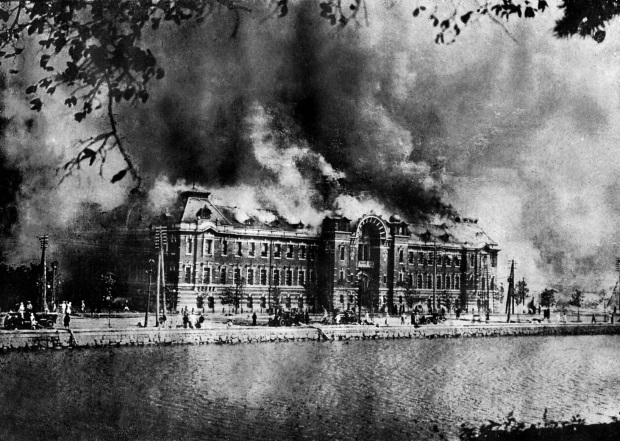 Japan is known for being based upon a fault line, with plenty of earthquakes regularly shaking the country’s islands. The Great Kanto Earthquake which measured 7.9 was the deadliest Japanese earthquake since records began at the time, and this record stood until the Tohoku Earthquake in 2011 which reached an almost unheard 9.0 on the Moment Magnitude Scale*. (*The Moment Magnitude Scale replaced the Richter Scale in the 1970s, fixing some errors and deficiencies in the 1930s-era system). The earthquake was particularly deadly because the epicentre was almost directly underneath the heavily populated island of Honshu and because it struck at lunchtime, when many people were cooking their lunches. The quake caused domestic cooking fires to spill out of their fireplaces, many joining up to cause massive blazes. These huge fires were hard to control and put out, because the earthquake had damaged much of the water and drainage systems of the area. It is believed that some 38,000 people died in one warehouse alone, when the building was engulfed by a roaring fire tornado. It is particularly saddening as these people had already fled their homes, hoping to find sanctuary in the warehouse… 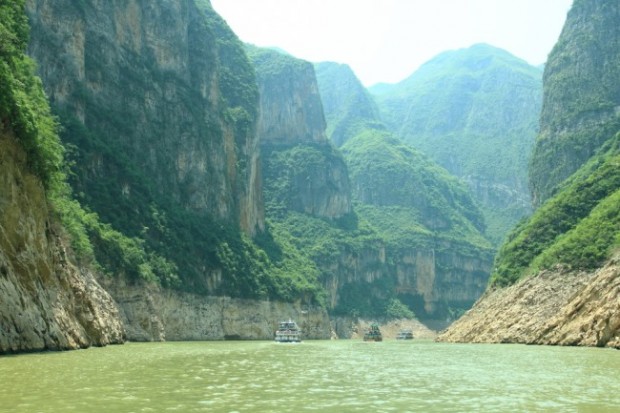 The Yangtze River edges into China from the west, flowing abruptly south before curving east and travelling, in a gently meandering path, across the entire country. Given that people have long settled near rivers, it will come as no surprise to learn that many of China’s largest cities nestle hard by the river, needing the water for sustenance, cleaning and crop irrigation. It is the more eastern part of the country that are prone to flooding, due in part to their low level but also to a series of levees and flood defences erected in the 16th century that have forced the river into its current course, one that it escapes from whenever there is an enormous abundance of rain, as happens periodically and as happened in 1935… These floods covered an area of some 30,000 square miles including at least two major cities (Wuhan and Nanjing) which is why the death toll was so very high. (Quite apart from the 145,000 people killed, some 4,000,000 people were left homeless in the wake of the catastrophe) This spurred the authorities to act and an updated series of flood defences, including the building of the Three Gorges Dam, were put in place. The subsequent floods in 1954 and 1998 saw vastly reduced death tolls as a result. 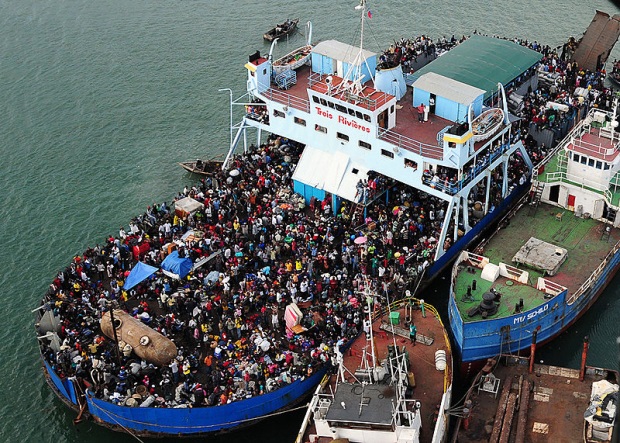 As always when an earthquake’s epicentre is under or near a settlement, the Haiti earthquake of 2010 claimed many lives. The earthquake, an impressive 7.0 on the MMS, occurred on the 12th of January 2010, but aftershocks, some of them almost severe enough to count as earthquakes in their own right, continued for days, toppling already precarious buildings and severely hampering the rescue efforts. The small island nation was already poverty-stricken and the earthquake devastated its fragile economy, causing millions of dollars-worth of damage – quite apart from the enormous loss of life. Since the earthquake, the country has struggled to recover, with many of the dispossessed survivors sleeping under crude shelters and eking out a meagre living as best they can. Cholera is rampant in areas where the water supply has not been fully reconnected and it is probably fair to say that the death toll that can be attributed to the earthquake is actually much higher than the accepted figure which was published 6 weeks after the event. 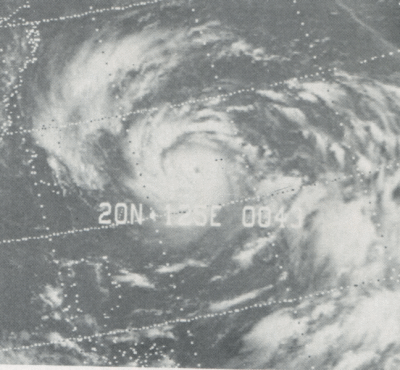 Typhoon Nina began life as a fairly standard tropical depression, but grew enormously when a ridge of high pressure forced her to change direction. By the time she made landfall she had grown into 155 mile per hour monster, although she did weaken slightly as she came onto land near Taiwan. The storm moved slowly across the land, causing some flooding, landslides and a few deaths, but the worst factor of the storm was when a cold front caused it to stall over Henan Province. Three days of solid, unrelenting rainfall (with new records being set as over a year’s worth of rain fell in just 24 hours) caused irrevocable damage to the Banqiao Dam which collapsed releasing 1.67 billion cubic metres of water crashing down on the unsuspecting population living downstream. The wave was a massive 10 kilometres across and between 3 and 7 metres high, travelling at a speedy 31 miles per hour. Attempts to send out warnings as soon as it was realised that the dam was about to fail were hampered and delayed by the poor weather and many people simply had no idea that their lives were in danger until it was too late. 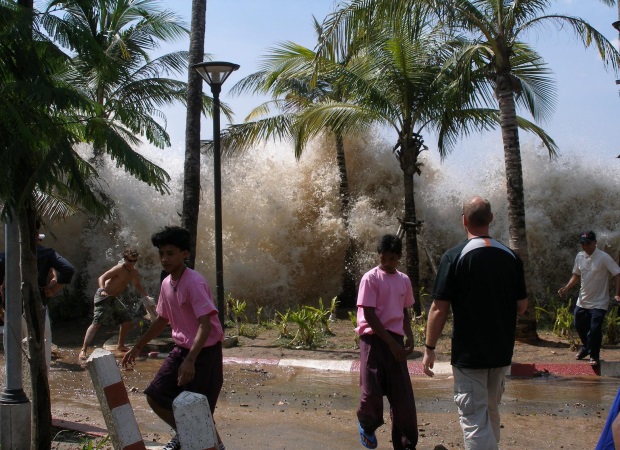 Also known as the Sumatra-Andaman earthquake, this natural disaster is very well-known, thanks to the wealth of footage taken on site during the disaster by holiday-makers and residents who fell victim to the tsunami. It is now believed that the 2002 Sumatra earthquake was an early warning of the pressure building up under the sea, hinting of the cataclysm to follow, some two years later. About an hour after midnight, in the early hours of Boxing Day, about 1,600 kilometres of the Indian continental plate slid abruptly under the Burma plate causing a rupture of about 15 metres – a huge and exceedingly rapid shift in geographical terms. Despite the epicentre being far out to sea, this earthquake caused immense and widespread damage because of its sheer size, which saw tsunamis flooding as many as fourteen countries, and affected sea levels all over the planet. The damage was so far-reaching because the rupture occurred close to the surface and resulted in an immense release of energy, far greater than even the largest man-made explosion. 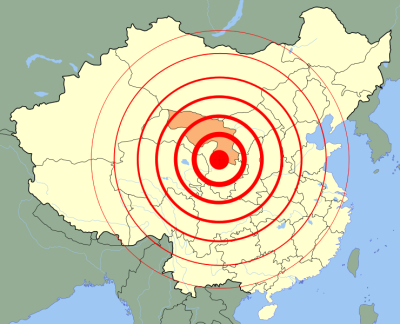 Also known as the 1920 Gansu Earthquake, this earthquake was powerful and totally devastating to the immediate surroundings, achieving XII on the Mercalli Scale. (The Mercalli Scale measures the intensity of an earthquake rather than its magnitude. It runs from I which is designated ‘instrumental’ and not generally felt by people unless conditions are optimal all the way up to XII, ‘catastrophic’ in which total destruction ensues, lines of sight and levels are disrupted, landscapes shift and large amounts of rock is moved. To quote the official description of level XII, ‘Everything is destroyed.’) As well as the almost immediate death toll of around 273,400 aftershocks continued for the next three years hampering the efforts of survivors to resume their normal lives. 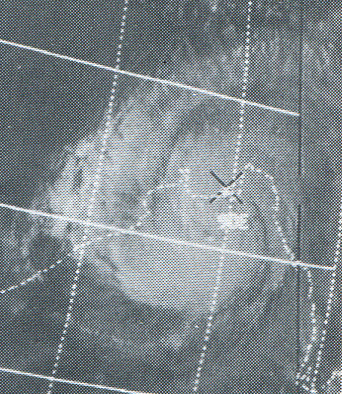 Another cyclone bolstered and grown to monstrous proportions in the secure haven of the Bay of Bengal, this unnamed storm moved north, onto land, growing ever more fierce as it did so. With peak winds of around 115 miles per hour, the resulting storm surge raised water levels by an average of four metres over the norm. This severe flooding is responsible for most of the deaths – many of which could have been prevented. A warning was put out over the radio, advising that a severe storm was on its way. Estimates say that around 90 per cent of the population in the flood-stricken areas heard the warning, but only about one per cent acted upon it, seeking refuge for the duration of the storm. The authorities had, following an earlier flood, appealed to the USA for advice on surviving such devastating floods, but had not, at the time of the 1970 storm, put many of the recommendations into practise… 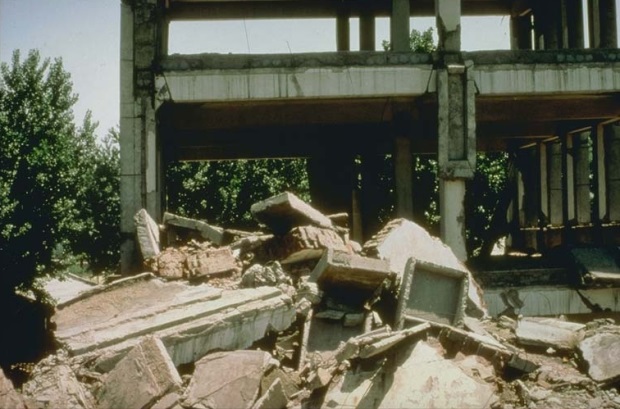 This earthquake caused an immense amount of damage for several reasons: firstly, it struck in the early hours of the morning, when the residents were unprepared and sleeping in their beds. Secondly, the area of Tangshan was not believed to be earthquake prone so little had been done to strengthen the buildings in that region. This resulted in almost all the buildings collapsing under the shaking of the quake. Finally, despite the fact that the earthquake had been predicted by one researcher (who even narrowed down the date range with astonishing accuracy), few officials had acted upon his warning. The one exception was that of Qinglong County, whose secretary, Rang Guangqi, flouted official guidelines to order the evacuation of the area, saving some 470,000 lives. While the accepted death toll falls into the above-mentioned figures, there are some who feel the death toll to be very much higher. For example, one of the cities that was annihilated by the quake was Tangshan city: and the accepted population of the city at the time was almost 1.5 million. It is interesting to learn that Chinese tradition sees nature upheaval such as earthquakes as a sign of political or dynastic change within the country: the earthquake happened during a period of political turmoil and dramatic change. 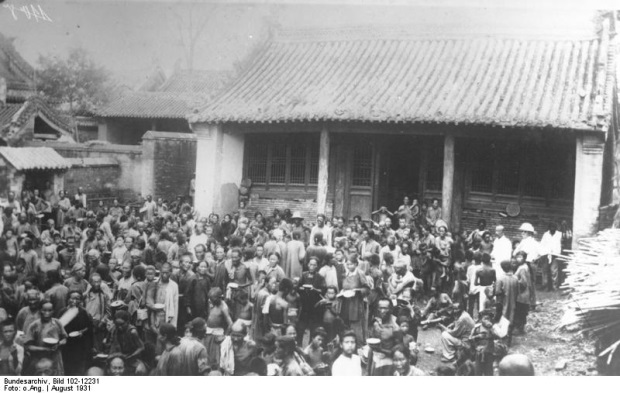 1931 saw China beset with long periods of atypical weather, beginning with a prolonged drought followed by a heavily snowy winter. The spring thaw coincided with unseasonal heavy rain which only seemed to worsen as the year wore on. July saw some 7 cyclones hit the country, as opposed to the norm of just one or two, each of them bringing more and more water into the beleaguered areas. It is no surprise that at least two of China’s main rivers burst their banks, sweeping over the island city of Nanjing, at that time the capital city. Millions of the city’s resident perished from drowning, while still others fell victim to diseases like cholera and typhus. It is estimated that the high-water mark peaked some 16 metres (that is 53 feet!) above the normal levels.

Top 10 Deepest Sinkholes in the World