Think that your daily commute is a chore? Sure, we all have to deal with the inevitable traffic jams, annoying drivers and the occasional pot hole or two on our regular routes, but these inconveniences are nothing compared to some of these dangerous roads from around the world. 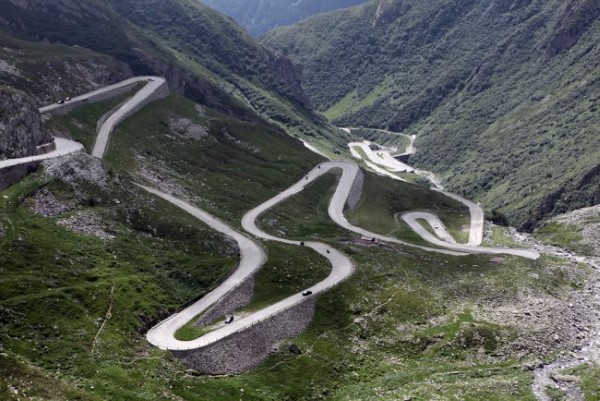 Top Gear may have named it the “greatest driving road in the world” but that doesn’t mean the Stelvio Pass isn’t a risky route. The scenic mountain pass located in the Eastern Alps has 48 hairpin bends and is full of steep inclines and narrow roads. It’s a popular destination for thrill-seeking drivers who want to pretend to be James Bond for the day and although the 21.5km route is well-maintained and an undeniable marvel of engineering, it’s easy to see the risks involved when passing or overtaking oncoming traffic and taking some of the corners at speed. 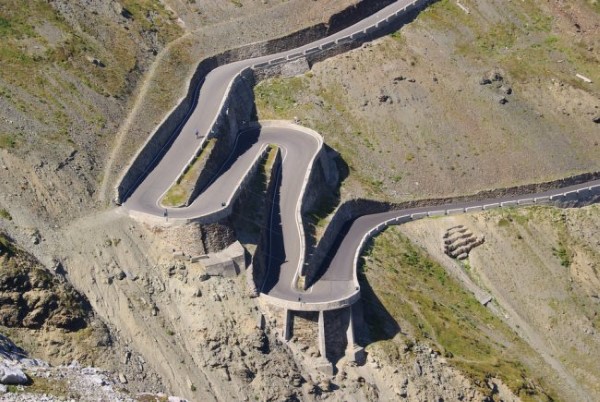 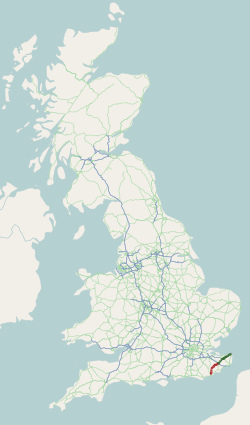 The A285 doesn’t have any deadly potholes, high altitudes or treacherous weather conditions. In fact, it looks just like any other A Road in Britain. However, in November 2014 the Road Safety Foundation (RSF) declared it to be the most deadly road in the country. The 19 km coastal route running between Chichester and Petworth is responsible for having one of the highest levels of fatal and serious road accidents in the United Kingdom. Although it might not look like much, the A285 has had a 16 percent rise in accidents between 2007 and 2012 and has a statistically high rate of run-offs and motorcycle collisions because of its bendy route. 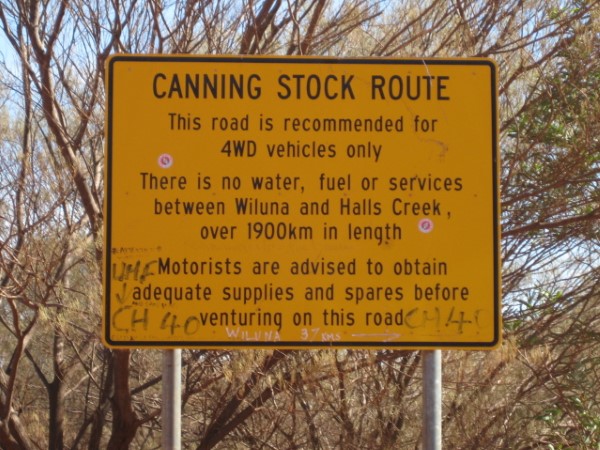 Some roads are so remote that they put drivers at risk just because there is literally nothing for miles and miles around. The Canning Stock Route in Australia stretches between Halls Creek and Wiluna in Western Australian and measures a distance of 1,850 km. Travelling through the Great Sandy Desert, Gibson Desert and Little Sandy Desert, travellers can expect to find, unsurprisingly, lots and lots of empty desert as they spend 3 weeks making their way across this historic stock route. Drivers need to be well prepared and have plenty of supplies and a reliable 4 wheel drive is highly recommended (with some handy repair knowledge) as it is one of the most isolated stretches of land in the entire world. Support won’t be on hand in the case of an emergency, so it’s definitely not somewhere you want to be stuck with a flat tyre. 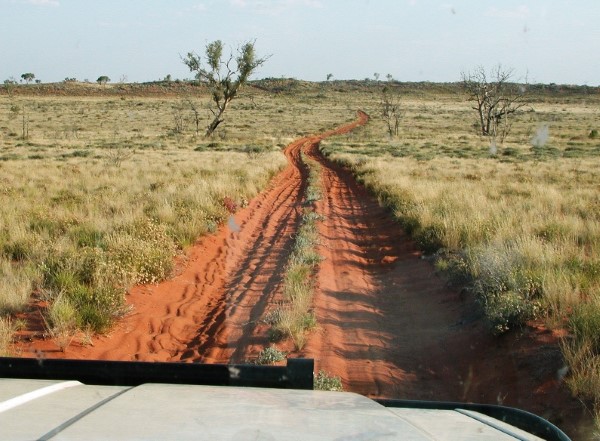 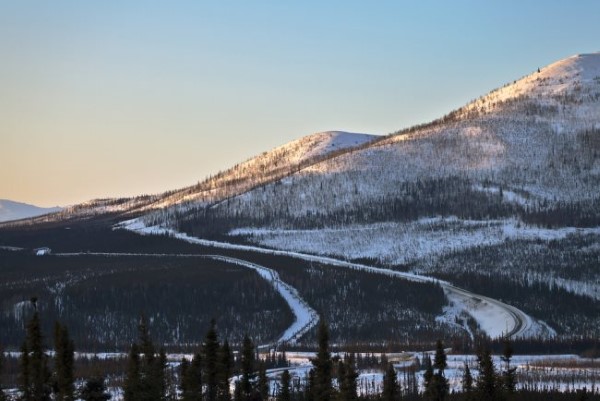 The James Dalton Highway is another lonely route which will test the willpower and steely nerve of even the most experienced drivers. Measuring a pretty ominous 666 km, the huge road was built as a supply route for the Trans-Alaska Pipeline System. Like most of Alaska, the highway is completely isolated and only has three towns along its entire route. Drivers should stock up on supplies, fuel and and even survival gear before they travel but it’s still not an easy route. James Dalton Highway has steep gradients and has extremely high winds which throw up small stones and rocks at dangerous speeds. Like most of Alaska it has snowy, arctic conditions and because it’s primarily used by large tractor-trailers and lorries, drivers in smaller vehicles are strongly advised to exercise extreme caution when passing bigger vehicles. 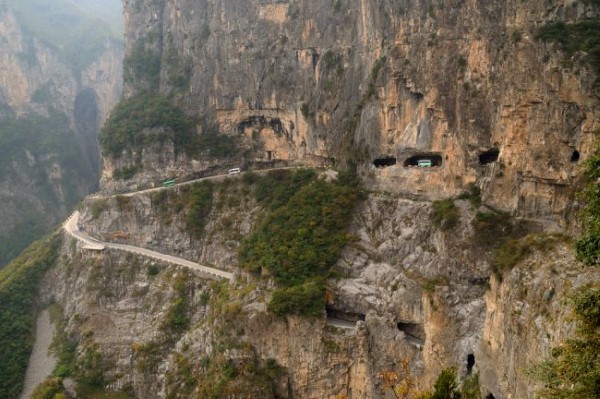 Although it’s probably not as deadly as other roads on this list, Guoliang Tunnel Road definitely has the fear factor. Literally carved out of the side of a mountain and measuring only 1.2km long, the tunnel was built in the 1970s to take travellers from the village of Guoliang through the Taihang Mountains. Several workers died during construction and the tunnel earned itself the nickname ‘the road that tolerates no mistakes’ thanks to its roughly carved windows which overlook a deadly plunge below. Drivers are recommended to go slow so that they can safely make their way through the snaking twists and turns, but this creepy, claustrophobic tunnel will make even cautious people sweaty palmed and white knuckled. 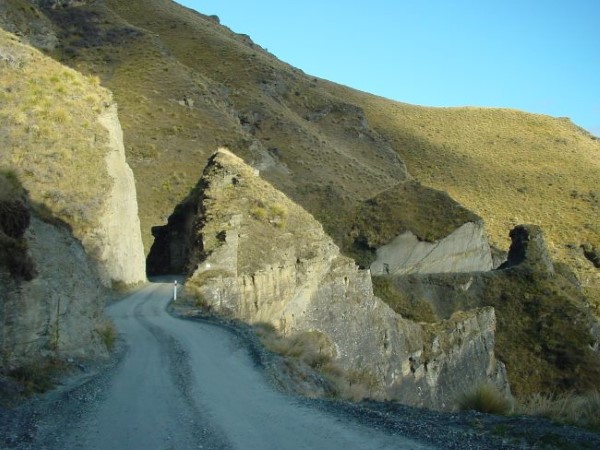 Skippers Canyon Road requires a permit to drive on and it’s one of only two roads in New Zealand which car rental companies refuse to offer insurance for. Glancing at the route it’s pretty easy to see why as. Although it offers plenty of scenic views, Skippers Canyon is extremely narrow and one false move can send cars careening over the edge and plunging hundreds of metres to the rocks below. The road is littered with massive pot holes and, like so many routes on this list, has no guard rails to offer protection and guidance. Even worse, the 26 km gravel road is so narrow that vehicles can be forced to reverse up to 3km just to let other cars coming in the opposite direction safely pass. 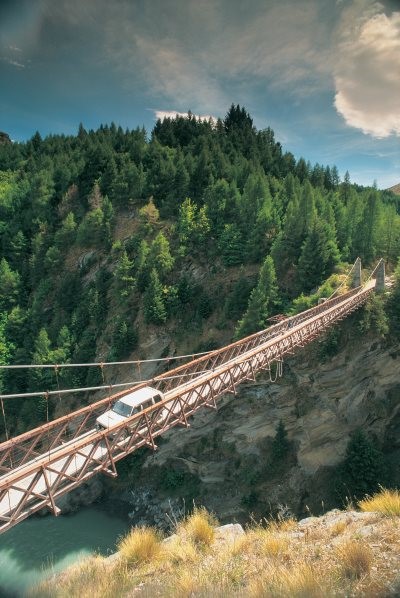 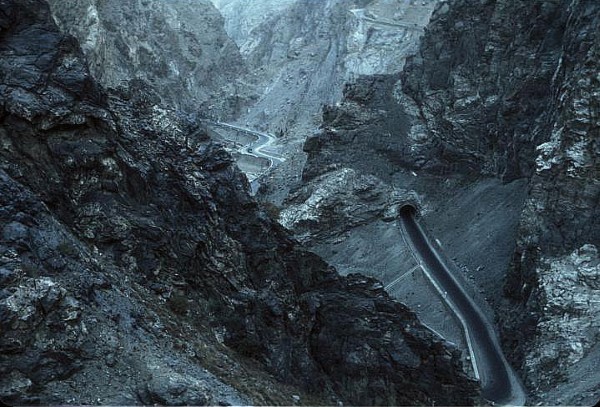 The fact that the 64 km road running between Kabul and Jalalabad is prone to Taliban attacks isn’t actually the most dangerous thing about it. Well, obviously the threat of ambushes and suicide bombings is pretty bad, but the long route has its fair share of dangerous driving conditions too. Most drivers have a blatant disregard for their own safety and will take the turns and narrow lanes at ridiculous speeds so run offs and very serious collisions are a daily occurrence. 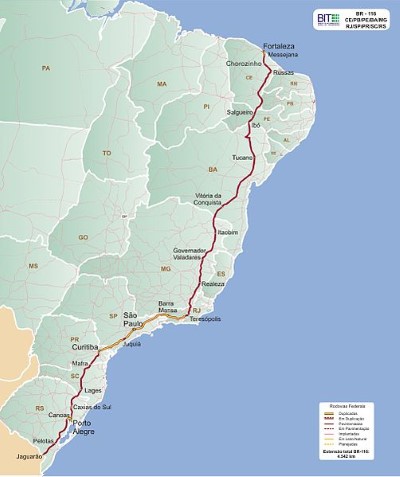 The BR-116 is a 4,385 km stretch of road in Brazil stretching from Fortaleza in the north east to Jaguarão in the south. The route, which is the second longest road in the country, has earned itself the ominous nickname “the highway of death” because of its shockingly high accident rate. Although it does run alongside some very steep cliffs, some sections of the highway are susceptible to unstable weather conditions and high winds which contribute to the high rate of fatal crashes and serious accidents.

Don’t let the cutesy name fool you – Fairy Meadows Road is one of the most spectacularly deadly trails in the world. The high mountain track may lead to the beautiful Fairy Meadows grassland near the base camp of the Nanga Parbat mountain, but the 16.2 km long route will probably put you off from wanting to see Pakistan’s natural beauty. The unstable gravel roads are barely the width of a jeep and it gets so narrow that the end of the road has to be travelled on by foot or bicycle. The track has a death-defying high altitude and no barriers separating the road from the edge, so it looks all too easy to tumble to the rocks below. Even worse, Fairy Meadows is extremely susceptible to extreme weather – including heavy snow, ice and even avalanches – so even the most experienced and crazy drivers should think twice before they make the trip. 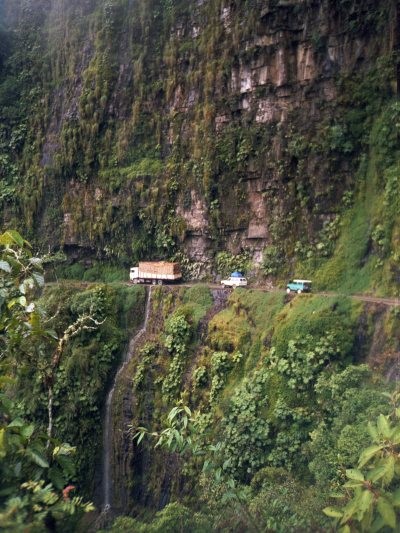 North Yungas Road has truly deserved its nickname “death road”. Leading from the busy La Paz city to the town of Coroico, it was once estimated that between 200 to 300 travellers die each year on the road. This is no surprise when you see that the narrow path (10ft) barely has enough room for just one vehicle and road rails are an extremely scarce sight throughout the 5 hour drive. The route changes from an altitude of 15,260 ft to 3,900 ft as it descends into the Amazon rainforest near Coroico. Travellers have to cope with a complete change in climate and this means plenty of rain, fog and mud between November and March. The summer months aren’t much better and the road is prone to rock avalanches and very poor visibility because of dust. In recent years, the North Yungas Road has undergone modernisation and a large section of the old road can be bypassed completely. However, the old ‘death road’ still draws thrillseekers (many mountain bikers are drawn to the spot as it has a 40 mile stretch of road is continuous downhill) who want to test their fate on the infamous route.