One of the most successful artistic collaboration on the electronic music scene, Daft Punk is a trend-setting French duo credited with reviving the international house arena. With a career spanning over 17 years, the group released four studio albums, one soundtrack album, two remix albums, two live albums and they have been involved in countless musical projects. 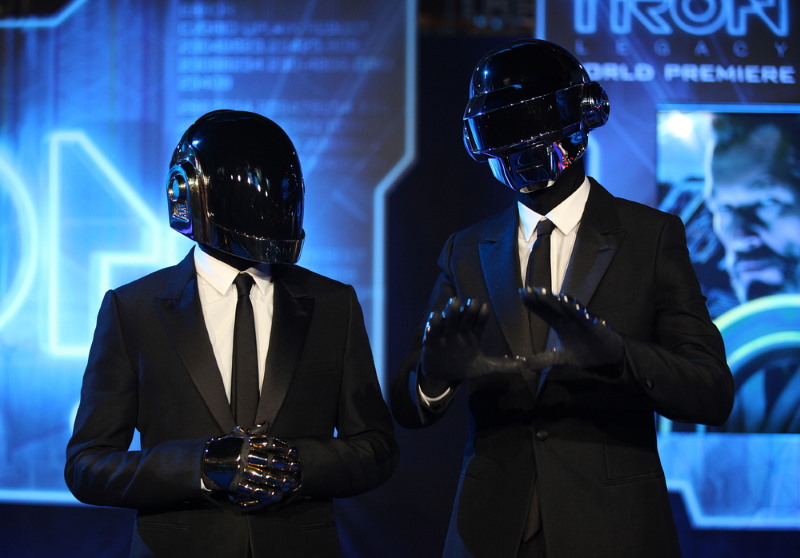 French electronic duo, Daft Punk draws its name from an unfavourable review received by its members for their performance in a guitar-based group called Darlin’. When Darlin’ disbanded, two of its members, Guy-Manuel de Homem-Christo and Thomas Bangalter, formed Daft Punk and started experimenting with drum machines and synthesizers and producing the house and synthpop music that has become an inspiration to aspiring artists across the globe.

As you can tell from the iconic robotic helmets worn by the group members from 2001 onwards, the two like to conceal their identity and shy away from public appearances, yet most of their singles and studio album tracks are known to the public at large. We’ve selected a short list of 10 of their most memorable songs of all times, taking care to include tracks from all studio albums, and we hereby briefly highlight a few facts that Daft Punk enthusiasts should know about their idols’ work.

Fifth single released off the 2001 album “Discovery”, “Face to Face” features the vocals of co-producer Todd Edwards. As with all other “Discovery” tracks, the song appeared in “Interstella 5555: The 5tory of the 5ecret 5tar 5ystem” and its music video is a section of the Japanese film. Topping the Billboard Hot Dance Club Party chart, this song follows the numbing track “Short Circuit”, and is suggestive of regaining consciousness and embracing reality, giving substance and fluidity to the plot of the album.

Title track for their third studio album, “Human after All” was released as the third single in 2005. The only album single that was not accompanied by a music video, ‘Human after All’ inspired what would become the feature film “Daft Punk’s Electroma” in 2006, which was directed by the duo, but did not include any of their music. The video game “DJ Hero 2” features a remix of the song, and the Teriyaki Boyz song “HeartBreaker”, produced by Daft Punk, includes some elements of the song.

Perhaps the most inspiring of all “Human after All” tracks, “Make Love” seems out of place on an otherwise erratic and unpolished album created in only six weeks, alongside their “Electroma” project. Guitars and piano muffling a whispered vocalization of the words ‘Make Love’ and a gentle, comforting tempo are what make this song unique, though it would be safe to say this song is not as widely acclaimed as more recent productions.

7. The game has changed

The song was used in the trailer of the television series “Game of Thrones” and partially during the opening ceremony of the 2014 Winter Olympics. This is a monumental track, which took much more than the two synthesizers and the drum machine Daft Punk would have normally used for any of the other tracks on this list. The song was featured on the album that became the soundtrack for “Tron: Legacy” in 2007, and the score of this film featured an orchestra of 85 musicians. It’s not necessarily a mainstream song, but then again, it was never intended as one and Daft Punk fans will appreciate the singularity of this brilliant, galvanizing song.

6. Give Life Back to Music

With “Random Access Memories”, the album released in 2013, fans will agree that Daft Punk reached its peak. The opening track on the album, “Give Life Back to Music”, with vocals from the duo, guitars by Paul Jackson, Jr. and Nile Rodgers, and drums by John “J. R.” Robinson, takes you back to the 70s, while the vocoders invite you to explore the future. Though it wasn’t their declared purpose to sound pretentious, with “Give Life Back to Music”, the duo suggests that current music has lost its ardour and drive.

5. Lose Yourself to Dance

Featuring vocals from Pharrell Williams, the song was co-written with him and Nile Rodgers for the fourth studio album, “Random Access Memories” and is the sixth track on it. “Lose Yourself to Dance” never received the acclamation of the preceding single, “Get Lucky”, yet it reinforces Daft Punk’s impetus to redefine dance music as something more subtle and releasing. The song seeks to outline the purging effects of abandoning one’s cares to the dance floor. The video for this song was produced and directed by Daft Punk, Paul Hahn, Warren Fu and Cédric Hervet, and released on Daft Punk’s Vevo channel in 2013.

Initially released as a single in 2000 and later featuring on the album ‘Discovery’, ‘One More Time’ uses, processes and auto-tunes the vocal performance of Romanthony. The song peaked at No. 2 in the UK chart, yet it was not an instant global hit, and the group received considerable criticism for using Auto-Tune. The music video uses animated imagery that would later be included in the “Interstella 5555: The 5tory of the 5ecret 5tar 5ystem” Japanese anime film. The plot of the music video is just as outlandish and simple as the lyrics: aliens perform this song for a large audience as a planetary invasion unfolds.

Major club hit released as a ‘Homework’ track and then as standalone single in 1997, ‘Around the World’ is a piece that is best known for its simplicity. It features countless reiterations of the three words in its title over a playful beat and an energetic vamp. To be more specific, you should be able to hear the phrase “Around the World” 144 times in the original track, and there are no other lyrics. The music video for this song wasn’t exactly conventional, either. People wearing tracksuits, mummy, robot and skeleton costumes and swimming outfits dance on a vinyl record-shaped platform in this video created by Michael Gondry and his family.

Although the single was released in 2001, the live version of this song, recorded at Bercy and included in the album ‘Alive 2007’, was what won Daft Punk a Grammy in 2009. Parts of the song were included in Kanye West’s “Stronger”, which is the newer generations’ first contact with “Daft Punk”. The original music video is an animation featuring the characters on the cover of the single, and it was also included in the “Interstella 5555: The 5tory of the 5ecret 5tar 5ystem” film. The second music video contains footage captured by Daft Punk fans at a concert in MCU Park, Brooklyn.

As with any towering artist, Daft Punk’s more recent work is arguably their best work to date and the “Random Access Memories” album has propelled them to unparalleled heights. ‘Get Lucky’ is a song written by the same artists as “Lose Yourself to Dance” and its music video was shot on the same day and with the same team. In it, Daft Punk explores the exhilarating feeling of connecting with somebody on the dance floor and exploring the ensuing sexual chemistry, as well as celebrating the good fortune that brings two people together.

Not wishing to upset any Daft Punk fans for leaving out a plethora of fantastic songs from our list, we would like to acknowledge the fact that our Top 10 is by no means exhaustive and only aims to familiarize the newer generations with, as well as pay tribute to, the duo’s avant-garde work before the 21st century. Hopefully, the best of Daft Punk is yet to come.

Top 10 Queen Songs of All Time