There’s no denying that the majority of comic book villains are at the very least a little bit crazy. After all, it’s hard not to have your mental health questioned when you commit crime sprees, attempt mass murder or plot world domination. However, while most villains at least have some sort of tenuous grip on reality and even a shred of humanity somewhere deep inside them, there are those special few who are just plain psychotic. While some of these comic book psychos may be not be the most powerful antagonists in their universe, they always make for scary, disturbing storylines and unpredictable clashes with their superhero rivals.

You tend to expect a distinct absence of empathy from most hitmen, but the homicidal Marvel villain Bullseye goes much further than that. Possessing expert marksmanship and the ability to turn anything – playing cards, peanuts, paper clips and even a loose tooth – into a deadly projectile weapon, it’s safe to say that Bullseye has always killed with something of a dramatic flair. Always murdering for sadistic pleasure, Bullseye is Daredevil’s greatest adversary and the pair have a very bloody and tragic history.

9. The Governor (The Walking Dead)

The Walking Dead comics stress that even in a zombie apocalypse you still have to watch your back amongst fellow survivors. The Governor is the perfect example of why humans are to be feared more than the undead. Assuming total control of a makeshift sanctuary he has created in the small town of Woodbury, the Governor’s favourite brand of entertainment is making people fight against zombies in an arena/pit he has constructed. A psychopathic control freak who tortures and kills under the pretence that he is just keeping his people safe, the Governor was arguably the first ‘major’ human antagonist in the Walking Dead and his introduction ensured that no character was safe.

There’s something especially unnerving about a psychopathic killer who looks completely normal. Well, normal-looking may not be the best way to describe creepy, sweater-wearing choirboy Kevin from Sin City, but he’s still markedly very different from most costumed psychos on this list. As a young man Kevin sought penance from the corrupt Cardinal Roark because he was wracked with guilt over his cannibalistic urges. Rather than attempt to counsel the killer, Roark covered up Kevin’s killings and permitted him to kill and eat prostitutes from Old Town and keep their heads as trophies. Kevin never speaks and although he is unimposing and seemingly harmless, he proves himself to be a considerable adversary even when he comes up against the hulking brute strength of Marv. Marv cuts off Kevin’s arms and legs with a hacksaw but Kevin still doesn’t utter a single word. Even when Marv sets a wild dog on him before sawing off his head while he’s still alive, Kevin still keeps on smiling.

Rorschach is one of the most intriguing characters in Alan Moore’s acclaimed Watchmen. Many fans of the comic book see the brutal vigilante as an antihero who will stop at nothing to carry out his own values and ethics. Yet, while Rorschach is undeniably interesting, he is clearly a completely messed-up character. Since the release of Watchmen in 1986, fans have argued back and forth about whether Rorschach is some sort of street-level moral crusader or just a dangerous, delusional psychopath. Moore writes Rorschach (and all of Watchmen’s characters) with a sense of depth and introspection rarely seen in the superhero genre, but with his violent, sadistic outbursts and his uncompromising black and white world view it’s much easier to see the character as a borderline sociopath/psychopath rather than someone fighting for what’s right.

The daughter of Red Skull was never going to have a normal childhood, but Synthia Schmidt AKA Sin seemed determined from an early age to live up to the notoriousness of her family name. As the leader of the Sisters of Sin, Synthia and her fellow disciples sought to uphold the hatred and violent beliefs of the Red Skull. Constantly living in the shadow of her father with the knowledge that she wasn’t the male heir he really wanted (the Red Skull was so disappointed that he nearly threw Sin off a cliff when she was a newborn baby), Sin jumped at the opportunity to play a part in the assassination of Captain America and went on to commit a violent, sadistic killing spree with her mercenary boyfriend Crossbones.

Brian Azzarello’s acclaimed 100 Bullets series follows the confrontation between a shadowy organisation called The Trust and its police force The Minutemen. The Minutemen are a group of highly trained men who were created to look over the Trust and ensure that the 13 rich families who run the elite organisation all ‘play nice’ with each other. All of the Minutemen have been trained as ruthless killing machines and they are easily capable of carrying out the covert, bloody ‘wet work’ required of them. However, one member of the group is much more ruthless and dangerous than the others. Appropriately given the codename ‘The Dog’, Lono is a seemingly invincible, unstoppable beast of a man who takes sadistic pleasure from killing and torturing anyone who gets in his way. Never quite showing the same level of cunning as his fellow Minutemen, Lono makes up for it with his truly shocking psychopathic nature.

James Gordon Jr is such a disturbing character because he’s actually depicted as a fairly realistic psychopath. Appearing in Scott Snyder’s ‘Black Mirror’ story arc in Detective Comics, James Jr worries his parents as a child with his weird, antisocial behaviour and his fondness for killing small animals. After his parent’s divorce, James Jr falls out of contact with his father until he gets back in touch as an adult. Commissioner Gordon is impressed to see that his son has become a well-adjusted young man, but he soon discovers that it is all a ruse and that the unassuming James Jr is actually a serial killer with rampant homicidal impulses. James Jr isn’t presented anything like a typical comic book pantomime villain (even though he does threaten to poison Gotham’s water supply) and it is his quiet presence which makes him so sinister.

Although Judge Death has always been the flagship villain of 2000AD, the pages of the sci-fi cult British comic series has produced one character who is much, much worse. Torquemada is the mad genocidal dictator of Termight – planet Earth in the future – and in the Nemesis the Warlock series he attempts to wage a ‘pure war’ against all alien species. Mass murder, torture and infanticide are all things Torquemada derives intense pleasure from, so it’s no surprise when it is revealed that in the past he has been reincarnated as some of history’s most diabolical monsters including the likes of Adolf Hitler and his namesake Tomás de Torquemada.

Kid Miracleman answers the question “What would Superman be like if he was the bad guy?” Kid Miracleman is the alter-ego of teenager Johnny Bates and was once the sidekick to the superhero Miracleman. When a government plot to shut down the experimental superhero program kills the rest of the Miracleman team, Kid Miracleman remains in his superhero state and locks Johnny Bates away forever. Kid Miracleman assumes a life as a corporate tycoon, but he reveals his superpowers when Miracleman emerges years later. During this time, Kid Miracleman has slowly turned into an evil sociopath and, after a confrontation with Miracleman where he accidentally reverted back to Johnny Bates, Kid Miracleman once again regains control of his host and goes on a killing spree in London to lure out his old superhero comrade. The artwork depicting the aftermath of this rampage is truly shocking as it shows how Kid Miracleman has completely wrecked the city and killed thousands of people. Seeing victims torn limb from limb and impaled on streetlamps is a grim ‘reality’ of what a true super powered villain would act like if they were completely insane.

It’s hard to think of any fictional character who is more mentally imbalanced than the Joker. Since his introduction in 1940, the Joker has plagued and tormented Batman with many of his different personalities and ‘acts’. Sometimes he’s a light-hearted, mischievous clown hatching dastardly plans, while other times he’s a remorseless cold-blooded killer who can never be reasoned with. Grant Morrison’s seminal take on the character in ‘Arkham Asylum: A Serious House on Serious Earth’ offered the interesting viewpoint that the Joker’s mind is constantly changing and he has adopted many different personalities over the years because of a form of ‘super-sanity’. However, the reason behind his behaviour and whether he truly knows what he is doing is not really relevant. The Joker has endured as a villain for so long because he is a quintessentially perfect antagonist who directly exists because of a superhero – and vice versa. A psychopath in every sense of the word, the appearance of Joker in any storyline is guaranteed to result in a disturbing, unpredictable outcome. 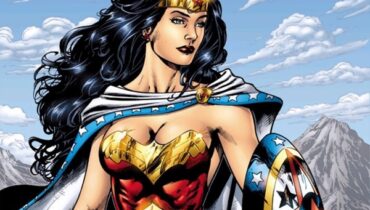 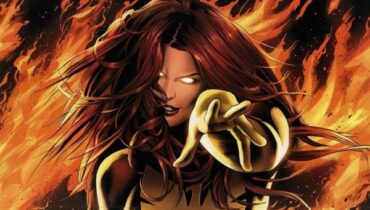 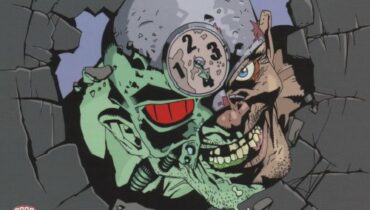 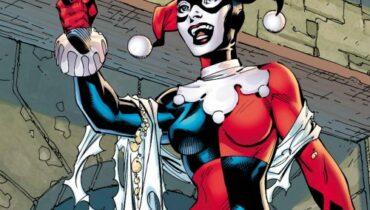