The video game industry has long fought off allegations that it is corrupting the youth of today and contributing to the evils of society. However, while the majority of these accusations are indeed absurd and outlandish, the sexual and violent content of some games have very nearly caused widespread hysteria and even been subject to some pretty serious legal action. 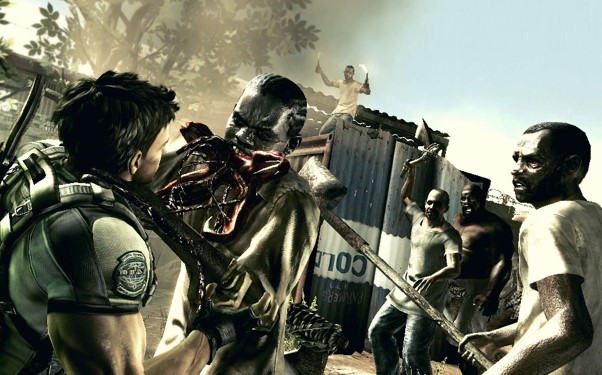 Capcom’s seventh installment in the Resident Evil series faced severe criticism due to allegations of racism. An early trailer for the game received a vocal backlash due to its portrayal of a white male character fighting off hordes of black African villagers. The controversial images soon hit news websites and programs around the world. A scene in which a screaming white girl was dragged away by a group of black men was even submitted to the British Board of Film Classification (BBFC) under the allegations that it was stereotypically racist. However, the board ruled in the game’s favour and stated that they found no issues of racism playing a part. The game’s designers were forced to defend their decisions and additional gameplay showed a more diverse group of enemies, which seemed to help fizzle the controversy away.

First released for the Atari in 1982, Custer’s Revenge is just one of many controversial games developed by Mystique, a company which quickly went out of business. Players take control of the titular Custer – a cowboy wearing nothing but a hat, bandana and boots. Oh, and he’s also sporting a massive erection. The object of the game is to overcome obstacles such as arrow attacks so you can reach the end of the map and have sex with a Native American woman tied to a pole. As one would imagine, the game became notorious and had both women’s rights groups and Native Americans criticising its glorification of rape and racism. The game’s developers were somewhat pleased with the added media attention, with their sales almost doubling and Custer’s Revenge becoming their top selling game. Playing down the sexual imagery somewhat, the game tells parents to tell their children ‘Custer and the maiden are only dancing’. 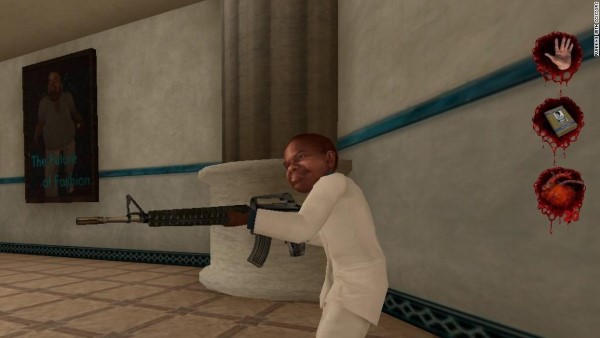 The objectives of Postal 2 are relatively tame as you control a character tasked with menial jobs to do throughout the week such as ‘get milk’ or ‘confess sins’. However, players are encouraged to complete the game in as much of a chaotic way as possible, prompted by being met by consistently hostile NPC’s and having an extortionate amount of weapons at their disposal. Due to scenes of urination, high impact violence, graphic vomiting, animal cruelty, homophobia and racism (to name a few), the game was swiftly banned in Australia, Germany, France and Sweden. Due to its ‘gross and abhorrent’ gameplay, Postal 2 is heavily banned in New Zealand and possession or distribution is highly illegal – possibly resulting in a $275,000 fine or 10 years in prison. The developers hit back by reminding critics that the storyline can be completed with no bloodshed or brutality and ‘it’s only as violent as you are!’

Originally developed for a family-friendly audience, Conker’s Bad Fur Day was rejigged into a game with much more adult, scatalogical humour due to the positive reception of a prototype. The main character, Conker, is an alcoholic red squirrel who the player must guide home to his girlfriend after having been binge drinking the night before. Despite it’s rave critical reception (scoring 92 on metacritic), the game’s themes couldn’t help but draw controversy. Many critics flouted the colourful graphics and characters which seemed to heavily appeal to a much younger audience than it claimed to want to attract. This resulted in Nintendo distancing themselves from the project. The publishing giant refused to sell the game in America – arguably the biggest gaming market in the world. Shortly thereafter Nintendo Europe followed suit and sold the publishing rights to THQ. Due to poor sales, Conker’s fan base never got to see the proposed sequel and had to look elsewhere to get their fill of squirrels fighting Nazi-like teddy bears. 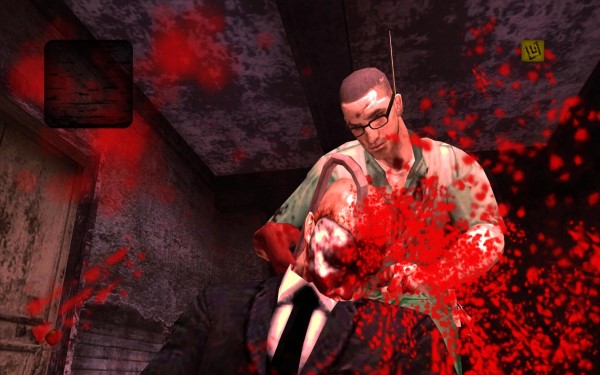 In Manhunt 2 players assume the role of an escaped insane asylum inmate as he struggles to break free from imprisonment and executes anyone who gets in his way. Prior to release, public activist and anti-gamer Jack Thompson petitioned the courts to have the game banned, blaming it for previous murders and labelling it as a ‘public nuisance’ and a ‘murder simulator’. Amongst his many complaints was the ability to suffocate characters with plastic bags and bludgeon them to death with a weapon of choice. The BBFC refused classification for Manhunt 2, citing its ‘unrelenting focus on stalking and brutal slaying’ and believing it offered no alternative enjoyment to gamers. Despite extensive cuts and edits, the game remained banned in the UK for over a year before appeals led to its eventual release. The game received mixed reviews from critics – some praised its unique take on stealth-gameplay whilst others were unable to get past the lack of storyline and ultraviolence.

5. South Park: The Stick of Truth 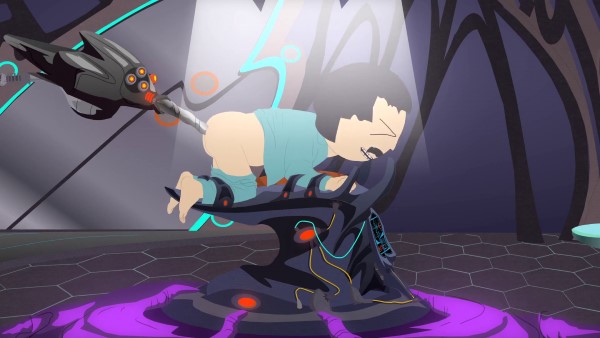 As one would expect from a game spin-off from South Park, the Stick of Truth had several elements which even its publisher felt would warrant a possible ban. As a result, Ubisoft voluntarily censored several scenes before general release. Scenes featuring anal probing from aliens, abortions and Nazi characters complete with swastikas were all removed. They were replaced with a placeholder card detailing what content the player was missing out on and mocked reasons for why it was edited out. The Stick of Truth was eventually released uncut throughout most of Europe and became the best selling title on all formats. 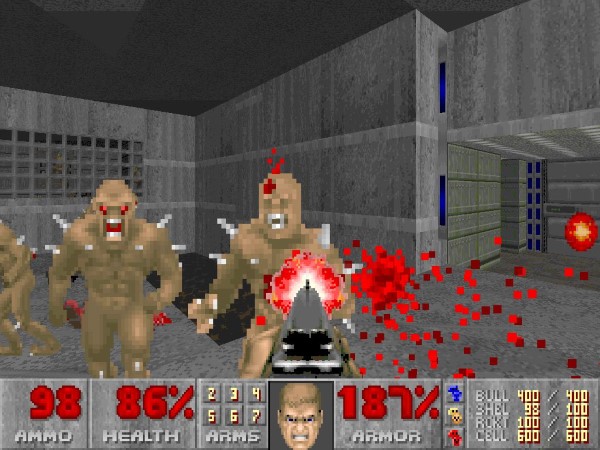 First released in 1993, Doom is heralded as one of the most significant and influential games in video game history. Notorious for its high levels of graphic violence and satanic imagery, the shooter came under fire from religious groups for its diabolic undertones. Despite playing the game as the hero, critics poured scorn on Doom and branded it as a ‘murder simulator’ – spreading fears that the possibility of emerging virtual reality technology could pave the way for simulating extreme killings. Further controversy was garnered following a spat of school shootings across America. Many campaigning groups tried to use Doom as a scapegoat and believed it to be the prime motivator for the killers. The controversy has calmed in the years since, but it failed to impact on the game’s popularity. It is estimated that, at any one time, around 100 people are playing Doom – not too bad for a 12 year old game. 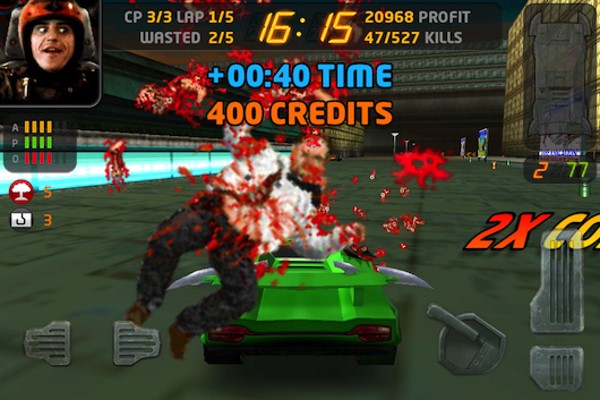 Inspired by the 1975 film Death Race 2000, Carmageddon is a racing game with a twist. Racing to the finish line players receive added time bonuses for the more pedestrians they run over. Furthermore, players can also win by causing all other cars on the course to crash and be wrecked. In an attempt to stir controversy and raise publicity, SCI (the developer) submitted the game to the BBFC hoping to receive an 18 certificate, despite it not containing any video footage. The plan shortly backfired and the game was refused any classification due to blood and gore, resulting in the game suffering a temporary ban. It wasn’t until 10 months later, when pedestrians were replaced with zombies and robots, that the game was finally allowed to be released in the UK. Carmageddon still remains popular to this day and it has a reboot currently in the works. 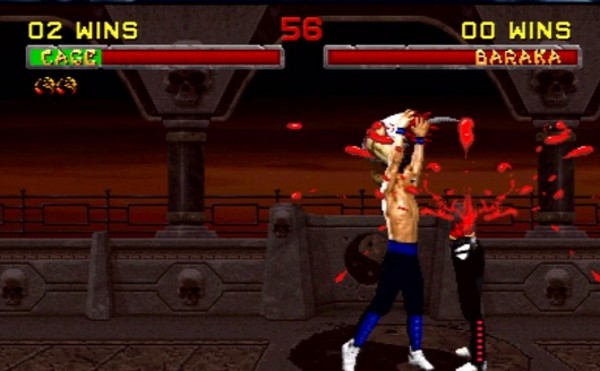 Arcade classic Mortal Kombat was the subject of various controversies when it was first released in 1992. The use of bloody and gory violence, including the over-the-top ‘Fatalities’, led to a moral panic which escalated with a US Congressional hearing taking place. As a direct result, the Entertainment Software Rating Board (ESRB) was founded in 1994 to help monitor violence in video games. However, the controversy didn’t end there. The sequel Mortal Kombat II was deemed as ‘excessively harmful to children’ in Germany and all instances of the game were banned due to portraying gruesome violence against humans. In spite of a number of lawsuits which believed the game to be responsible for murder, the developers continued to publish new games which generally received positive reception from critics and gamers alike. 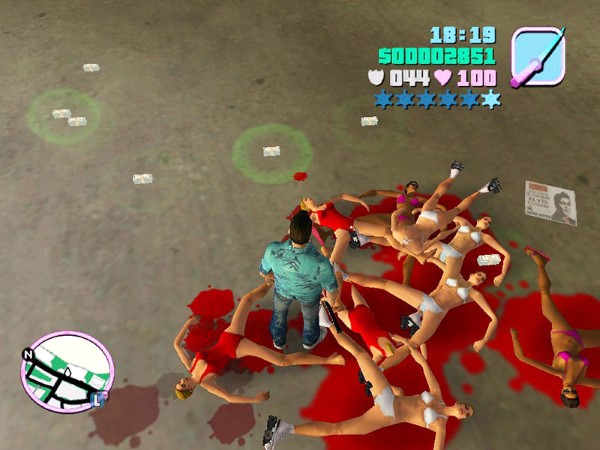 The Grand Theft Auto series is no stranger to controversy. The first GTA game released in 1997 had a pretty basic premise. Taking control of a criminal, players are given tasks to complete – from bank robberies to assassinations – in a ‘no holds barred’ open-world sandbox environment. Brazil became the first country to ban the game, whilst Britain, Germany and France all condemned its excessive violence. The series was regularly namechecked in scare articles and news reports and it was constantly mentioned as being one of the most disgusting things to come out of the video game industry. Although many took issue with the game’s silly, intentionally humorous features (for example, in the early games bonus points are awarded for running over a gang of hare krishnas), a lot of controversy was gained intentionally to promote sales – it emerged that at one point renowned publicist Max Clifford was hired to plant sensationalist stories in several tabloid papers.