Controversy in comic books is a tricky discussion. Ever since the Golden Age, writers and artists have always tried to push the boundaries of the medium and even mainstream comics have looked at sensitive, controversial issues. While many writers succeed in their approach, some issues are poorly handled and even come across as grossly offensive. There are also those storylines which show a complete misunderstanding of characters or take a popular, established series in a strange direction. Whatever the reason was behind some of the following decisions on this list, many of the choices riled fans and are still criticised to this day. 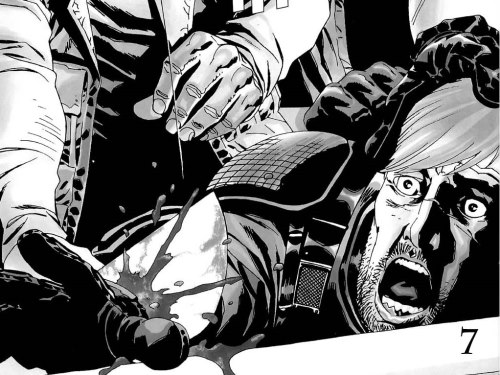 As the main character and leader of his group of fellow survivors, Rick Grimes in the Walking Dead is a man of action who is frequently called upon to make tough, morally dubious decisions and put himself in danger for the safety of others. However, all that seemed to change in an instant when Rick came head to head with the psychopathic Governor. In one of the series’ most talked about moments, the Governor cut off Rick’s hand and tortured other members of his group of survivors. Fans of the series knew from the very beginning that no character was safe, but many wondered if this meant the end of Rick as the main character. After all, how could he now hope to fend off the zombie hordes with just one hand? (Rick eventually did learn to cope with it) Writer Robert Kirkman later admitted that the decision was a “pain in the ass” because he himself kept having to rewrite or reimagine scenes because of Rick’s sudden impairment, and it made many fans wonder if the series was going in a different direction. 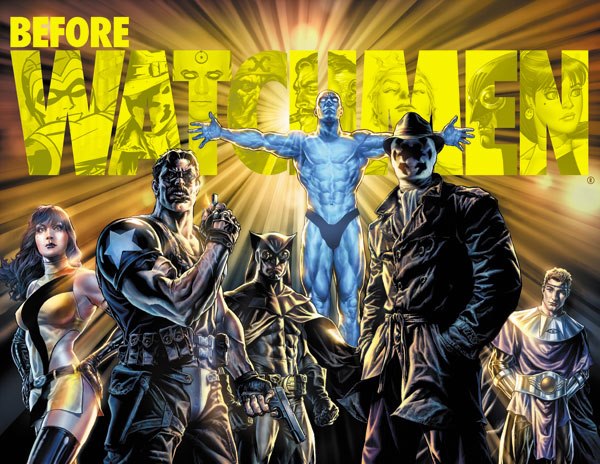 There are very few things which all comic book fans can agree on, but it’s hard to find one that won’t admit that Alan Moore’s Watchmen is one of the most important comics ever written. The seminal series was hugely important in showing just what the medium was capable of and it changed the industry forever. Thus, fans were understandably more than a little outraged when it was announced that a new series of comics would be written in the Watchmen universe. Moore never truly owned the rights to the series and he had no power to stop the project, even though he was firmly (and very vocally) against the idea. Despite hiring critically acclaimed writers like Darwyn Cooke, Brian Azzarello and J. Michael Straczynski to helm the series, it is widely felt that this was just yet another example of the comic industry taking creative control away from original writers and artists for a quick cash grab. 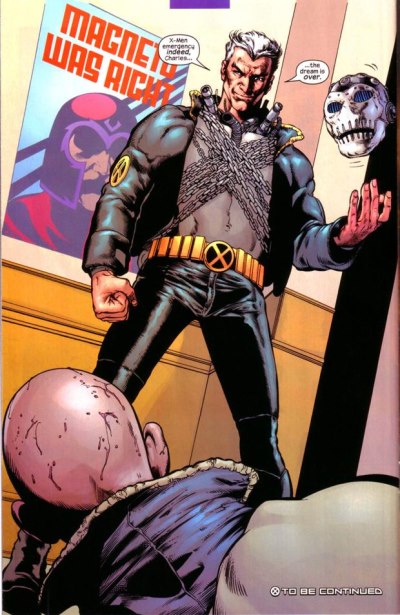 For definitive proof that most comics just don’t know what their doing when they start retconning characters, look no further than the Xorn/Magneto debacle. Xorn was a new mutant introduced by Grant Morrison in his New X-Men run, but it was later revealed that the character was actually Magneto in disguise all along. After Magneto kills Jean Grey, Wolverine decapitates him and seemingly brought an end to both characters. However, future writers wanted to use both Magneto and Xorn, so they were brought back from the dead and introduced, somehow, as being two separate characters all along. It is still one of the most infamous examples of Marvel frantically backpedalling to figure out what it was doing while fans clamoured for an explanation.

Hank Pym aka Ant-Man never really took off as a popular superhero, but that didn’t stop the character from having many hugely important storylines over the years. Pym was one of the founding members of the Avengers, he created the villainous robot Ultron and he had several different superhero (and villain) identities. Despite all of this, the character is almost entirely remembered for being a wife-beater. In a story arc during the 80s, an unbalanced Pym lashes out at his wife Janet (aka The Wasp) and strikes her. This controversial one panel (which was apparently caused by a misunderstanding by artist Bob Hall) completely defined Pym’s characters for decades to come and in many fan’s eyes he’s never found redemption from it. 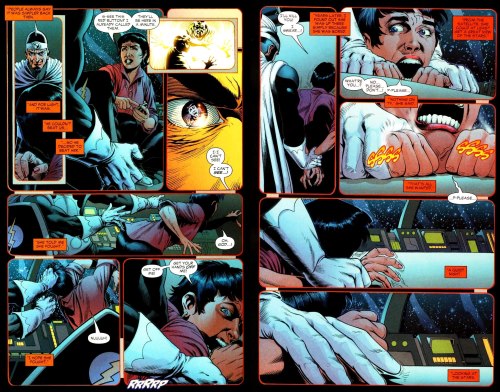 When Elongated Man’s wife Sue Dibny was killed, some of DC’s biggest superheroes came together to investigate the murder. Over the course of Identity Crisis, it is revealed that Dibny was once raped in the JLA Watchtower by the villain Doctor Light. However, rather than examine the aftermath of this shocking crime as felt by Sue and her husband, Identity Crisis was more concerned with how the superheroes of JLA reacted to it. Seen as a failed, ‘gritty’ attempt to deal with a very serious issue, Identity Crisis was widely reviled for using the rape of a female character as a lazy way to advance the plot. 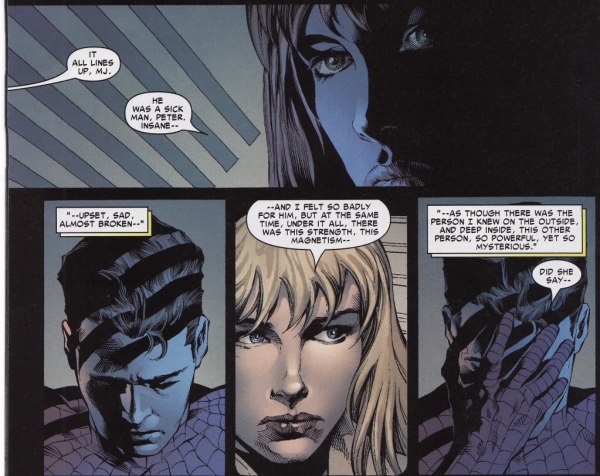 Few superheros have had as many controversial storylines as Spider-Man. Story arcs like the Clone Saga and One More Day don’t necessarily contain mature or shocking content, but they sparked outcry from fans who just simply didn’t like the horrible changes made to their favourite superhero’s life. However, these creative decisions don’t compare to the shocking changes made in Sins Past. In one of the most shocking and unnecessary changes to an established beloved character in comic book history, writer J. Michael Straczynski revealed that prior to her death Gwen Stacey had had an affair with Spidey’s nemesis Norman Osborne. The couple even had a pair of twins together but Osborne took the children and raised them himself. It was a pointless alteration to Peter and Gwen’s relationship, and fans were rightly outraged by the changes. 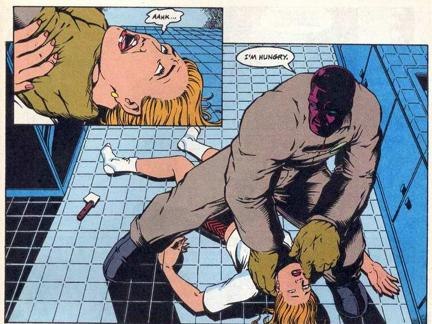 The death of Green Lantern Kyle Rayner’s girlfriend Alexandra DeWitt forced comic book writers to reevaluate how they used female characters in their stories. Dewitt is targeted and brutally killed by the villain Major Force, and Rayner finds her corpse stuffed into a refrigerator when he returns home. It was yet another shocking but ultimately pointless death of a male superhero’s significant other which showed how some writers had little regard for female characters. Writer Gail Simone prompted controversy and discussion when she coined the term ‘women in refrigerators’ to refer to female characters who had been attacked, depowered or killed in comic books as an offhand way to advance the plot and cause conflict for their male protagonists. 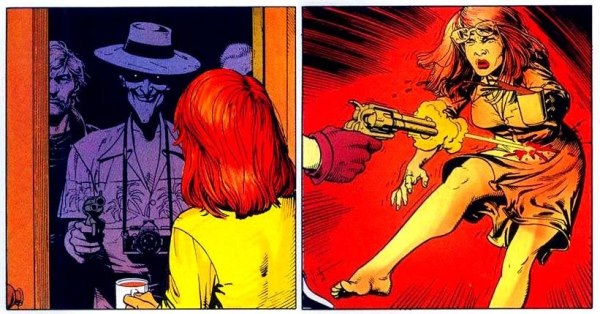 The Joker has long been seen as one of Batman’s most remorseless and psychopathic villains, so even most of his depraved acts come as no shock. However, the character truly changed the course of the DC universe in Alan Moore’s 1988 origin story The Killing Joke. In the one-shot comic, the Joker shoots and paralyses Commissioner Gordon’s daughter Barbara (who was Batgirl at the time). By supervillain standards, it’s was a relatively ‘simple’ act of violence which didn’t, for example, threaten the entire city of Gotham or spark a world-ending event. However, it was completely brutal in just how straightforward and realistic the violence was, and the repercussions meant that Barbara never recovered and was forced to become the wheelchair-bound Oracle in future DC stories. 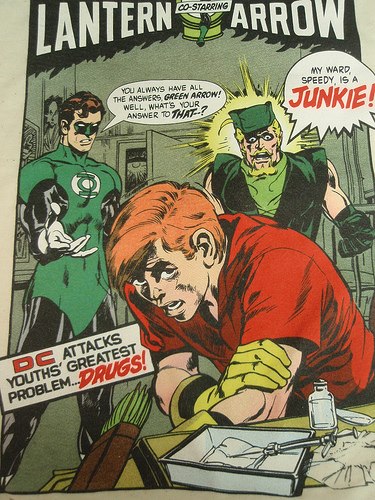 During the early 70s, DC attempted to address the rising drug abuse problem in America by featuring a storyline where Green Arrow’s sidekick Speedy gets hooked on heroin. Although the two-part issue attracted its fair share of controversy, the story was also a hugely important step for the comic books industry. Few comics, especially superhero ones, tackled mature subjects in such a direct and emotional way, and seeing Green Arrow’s young protege struggle with a very real world problem opened the door for other comics to deal with serious social issues.

Frank Miller has always been one of the most controversial figures in the comic book industry. Despite being widely praised for comics like the Dark Knight Returns and Sin City, Miller has been accused of being fascist, misogynistic and homophobic, particularly during the latter half of his career. Reading his 2010 comic Holy Terror, it’s easy to see why the writer has faced such criticisms. Originally intended as a Batman title (DC presumably saw sense and withdraw their participation in the project when it was still in development), Holy Terror follows a vigilante superhero called the Fixer defend the fictional Empire City from an extremist muslim attack. The comic is undeniably islamophobic and bigoted as Miller aggressively attacks Muslims and essentially paints them all as extremist, violent suicide bombers. Almost universally panned upon release, Holy Terror was one of the most controversial ‘events’ in recent comic book history.

Top 10 Scariest Horror Comics ever made

Top 10 Changes which Shook Up Marvel and DC