A conspiracy theory is a theory or opinion that a certain event, development or condition in the social, political or economic field is the result of a conspiracy. According to such theories, immoral and recoiling individuals or groups secretly conspire to realize their evil goals. Most of most of the time little is true aboutconspiracy theories, but sometimes there is some truth in it and sometimes it is even the real truth. 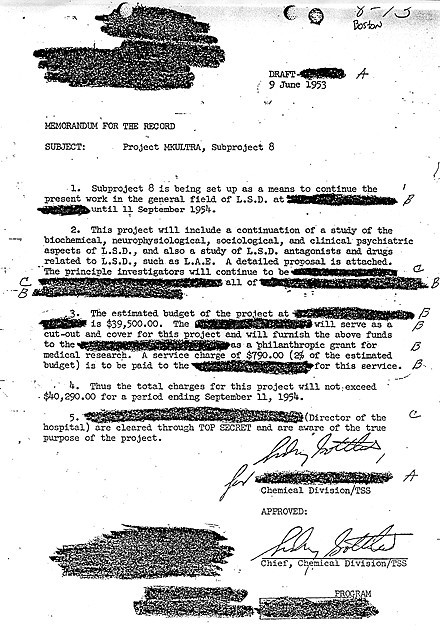 Often pooh-poohed and hotly denied by the authorities when accused of taking tremendous liberties with civilians and veterans alike, Project MK Ultra turned out to be nothing less than real. The collective name for a series of experiments on human subjects, this project was whispered about for years, as participants grew angry or frustrated with the way they had been treated. The program spread across a wide range of institutions from hospitals to colleges, from prisons to pharmaceutical companies and involved activities that were often illegal. Illicit drug administration, extreme exercises in hypnosis and mind control (with a view to brainwashing), sexual and verbal abuse, torture, isolation and sensory deprivation were all performed upon subjects who often either had not volunteered, or who had not been given the full details of what would happen to them. In 1975, efforts were made to prove the existence of the program, which led to the destruction of masses of paperwork and the widespread shutting down of the experiment substations. However, enough documentation and witnesses have survived to see Freedom of Information requests receive thousands of documents detailing just some of the horrendous things done in the spirit of scientific enquiry in order to further military aims…

This operation (concurrent with, but not related to MK Ultra) was conducted in the Edgewood Arsenal Facility in Maryland, USA, and involved some seven thousand soldiers. The experiment was designed to discover the effects of low-dose chemical exposure in military personnel and to see if protective clothing, vaccines and other medications could render effective assistance should an enemy force manage to deploy a ‘dirty’ bomb or other means of contamination. The experiments ended suddenly in 1975, probably when word about MK Ultra’s exposure came to light, leaving many of the soldiers unwell and with no recourse of action or access to medical treatments. The subjects were exposed to up to two hundred and fifty chemicals: there was no plan for long-term treatment or even study of those subjects who became symptomatic. Operation Delirium believed itself to be ethically covered as the subjects were given more information – although often long term effects were not yet known, so could not be revealed… 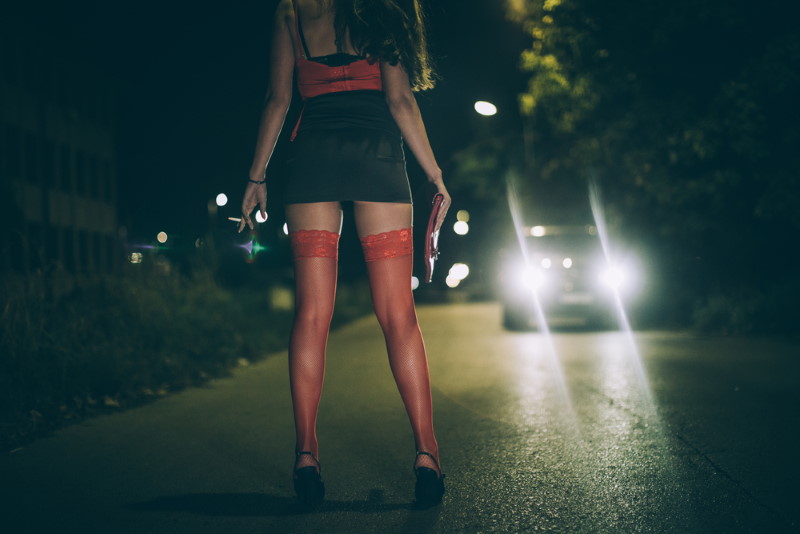 In 1954, the CIA was fascinated by the effects of LSD and wanted to know what would happen if people took the drug without being aware of it. Sex workers on the CIA’s payroll (and there’s a conspiracy theory all by itself, if you think about it) brought clients to safe-houses where they were fed doctored food and drink: with agents monitoring the results from behind one-way mirrors. This gave rise to ideas about state-sanctioned sexual blackmail, surveillance developments and mind-altering drugs being used in the field, and agents increased the scope of their work, dosing people in restaurants and on beaches amongst other places. Operation Midnight Climax, as the project was known, ended abruptly with the revelations of MK Ultra in 1975 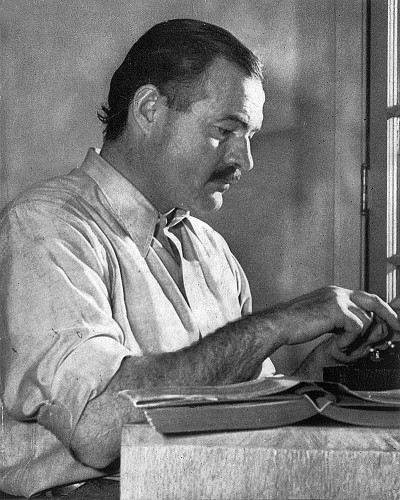 In the last years of Hemingway’s life he became convinced that he was being persecuted and tracked by the FBI. It got to the point that he was admitted to a mental institution and subject to electro-shock ‘therapy’ which of course did nothing for him. Mainly because he was right: the FBI were tracking him because of his apparently worrying connection to Russia and Cuba. His motives were pure: he wanted to stem the rise of fascism, but the FBI thought he might be a communist sympathiser – something that put him straight onto their list, especially given his high profile which gave him access to areas and people that normal civilians would not be privy to.

6. Take the Pill and Stay Quiet! 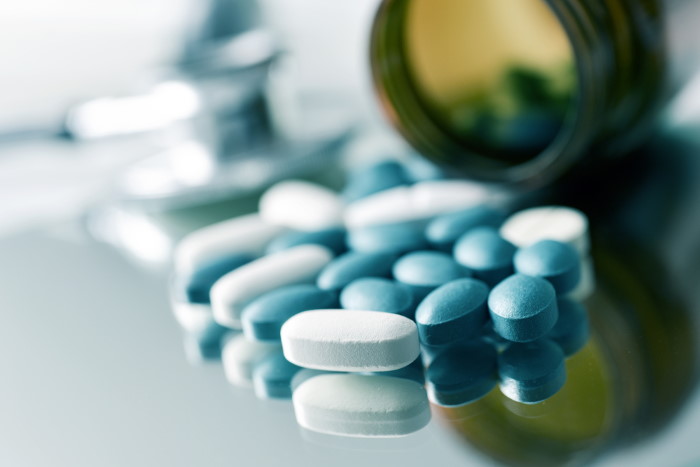 The US military were accused of using an anti-malarial tablet that caused long term mental and physical issues for those who took it: and just one or two tablets were enough to cause the long-term issues… Mefloquine is now known to have hideously harmful side-effects such as causing brain stem injury and emotional centre distress. These have led to countless psychiatric admissions and even several suicides.

Brands of the World

Evergreen International Airlines, based at JFK International airport was long rumoured to be a front for CIA black ops, providing their undercover operations with air transport as and when they are needed. This was proven to be true when the paperwork surrounding the ownership of the company traced back directly to the CIA. The airline filed for bankruptcy recently, but one has to wonder if they have simply shut down operations under one name only to continue them under another?

James Bond style devices delight us all and a common theme in espionage films and books is speculation about invisible bullets, untraceable poisons and so on. The CIA were recently proven to have a weapon that fires a dart into their target’s body: whereupon the dart, which is made from some sort of frozen poison dissolves into the body where it does its lethal work, leaving only a small red dot on the body which might easily be missed by a pathologist who would already be thinking ‘heart attack’ rather than ‘gunshot wound’ or ‘poison’. 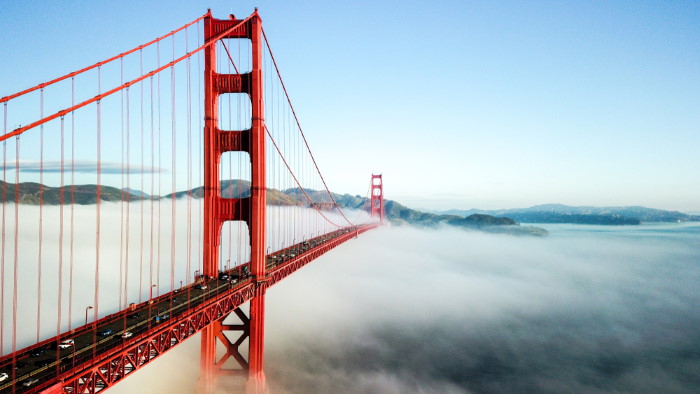 In something that wouldn’t be out of place in a Nicolas Cage movie, the US government wanted to see if San Francisco wold be able to withstand a bio-weapon attack. They did this by – uh – unleashing a bio-weapon attack… They released a bacterium called Serratia Marcescens, choosing it because it is bright red, easy to spot and is thought to be harmless to people. It is believed that religious incidents in which holy wafer has seemed to bleed are down to this bacteria which grows readily. Needless to say, it was not harmless to people with many instances of painful and serious urinary infections, some lung complaints and even the death of a man who was recovering from prostate surgery at the time of the release. The full effects of the release on the environment and citizens is still unknown. 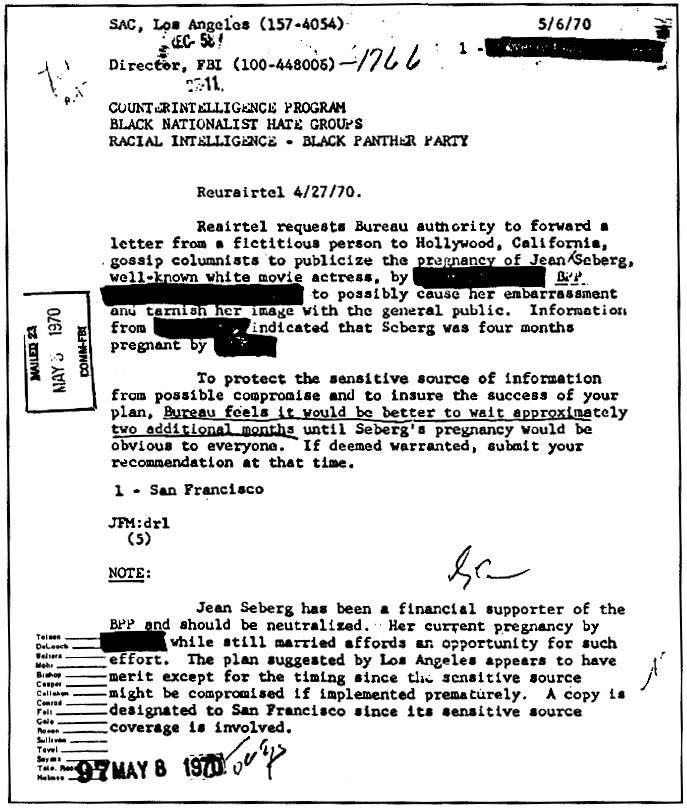 In 1968, public opinion was horrified by the release of The Black Panther colouring book which depicted black men and children killing policemen who were drawn as pigs. Given the Black Panthers stated militant preferences (over Martin Luther King’s determined bid for peace even in the face of provocation), this was taken as confirmation of their degeneracy by those looking for any excuse to belittle the cause. However, the Panthers denied producing the book, and it was, in fact, revealed to have been produced by the FBI in a bid to sway more undecided sympathisers away from supporting the civil rights movement. 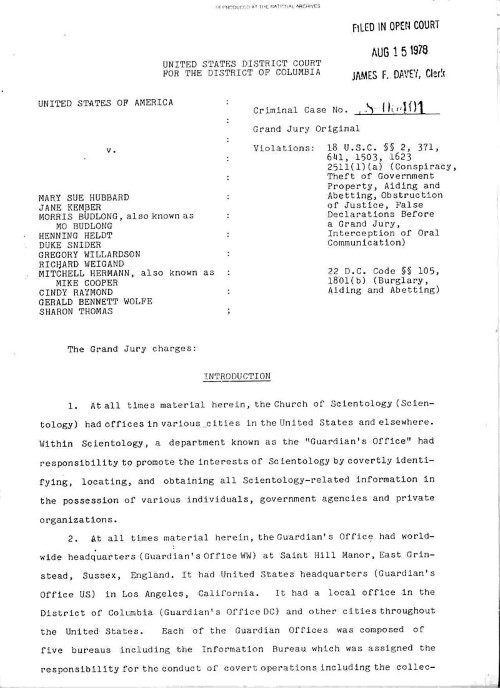 Everyone knows that Scientologists are a secretive, slightly weird, crowd with unorthodox beliefs and a tight-knit community that guards its privacy with fervour. However, in the 70s, they took things a step further: infiltrating upwards of 136 government institutions, using 5,000 members in the job, and removing and destroying (purging, to use their own term) any documents, files and notes that were derogatory towards their church and L Ron Hubbard himself, the church’s leader. When the plot was uncovered, eleven members of the church, holding the highest positions within it, were amongst those sentenced to both jail time and fines.