Hollywood has spoiled comic book fans. Movie studios made some effort to bring superheroes to the big screen during the 80s and 90s, but the results were a mixed bag to say the least. This all changed with the release of X-Men and Spiderman in the early 2000s as these blockbuster successes finally proved that comic book properties could be done right, and the years since have seen some of the biggest and most popular comic book characters brought to the big screen. However, this list shows that there’s still plenty of untapped source material out there. 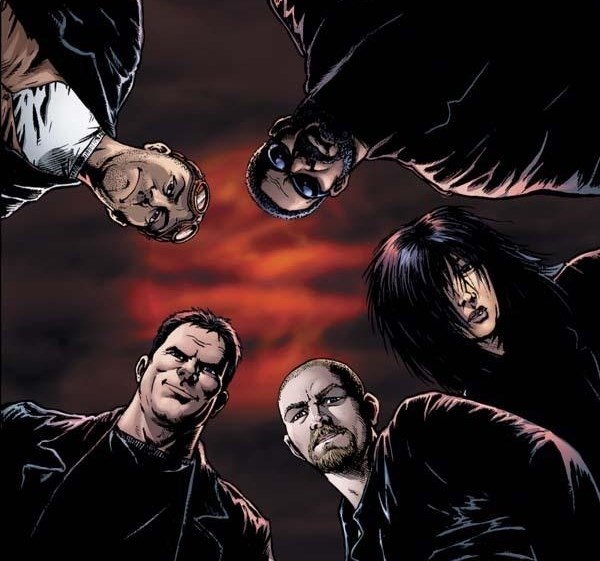 Like other entries on this list, The Boys has already been optioned for a movie adaptation. However, the movie has been languishing in ‘production hell’ for more than 6 years and has seen writers and directors come aboard and depart the project. Adam McKay was the latest director to eye The Boys and, although he has since left the adaptation, he may have had the comedic touch to bring the dark comic book to life. The Boys is a very violent and adult parody of the superhero genre, and a movie adaptation done right would be an interesting counterpoint to the current saturation of Marvel and DC movies.

Update: The Boys will be turned into a tv series developed by Seth Rogen, Evan Goldberg and Neal Morit. 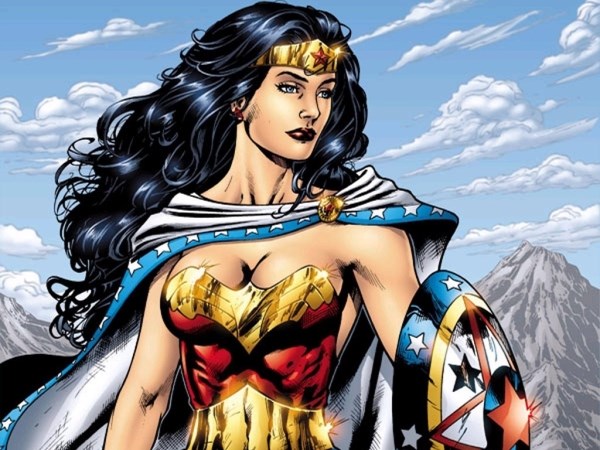 DC Comics haven’t quite hit their stride when it comes to launching their characters as cinematic properties. Although they’ve found continued success with the Superman and Batman franchises, DC have almost completely neglected the rest of their superhero roster when it comes to big movie adaptations. Wonder Woman is set to appear in the upcoming Batman vs. Superman movie, but a solo movie for the ass-kicking Amazonian princess would be an exciting and different entry for superhero movies. Female comic book characters are woefully underrepresented in cinema, so a Wonder Woman movie would certainly put DC ahead of the pack while giving them the opportunity to flesh out the rest of the Justice League in a big future team up movie.

Update: Wonder Woman gets her stand alone movie in 2017 directed by Patty Jenkins. 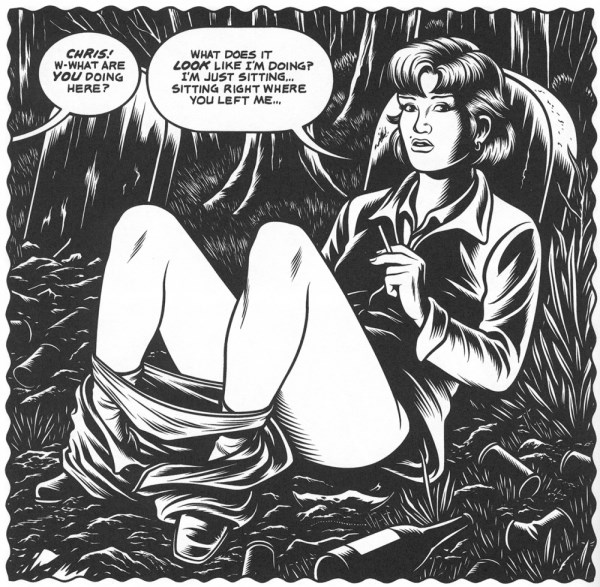 Charles Burn’s Black Hole is a smart, complex comic which puts an interesting spin on teenage angst, sexual awakening and high school cliques. The 12 issue limited series follows a group of teenagers who suffer from a bizarre sexually transmitted disease which gives them mutated features. With its self-contained story and dreamy, black and white art style, Black Hole could be a powerful and visually arresting movie in the hands of a gifted filmmaker. 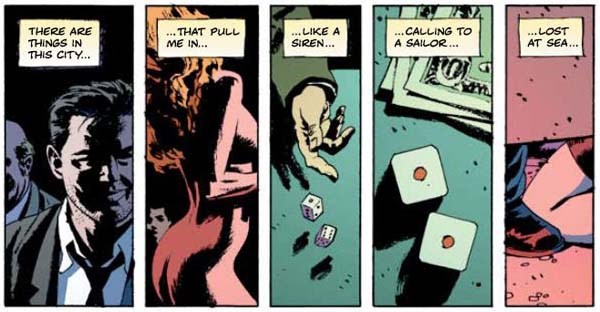 Ed Brubaker and Sean Phillips’ Criminal comic books are a long-running, critically acclaimed series with no superhero in sight. Brubaker creates believable criminal characters with noir-style storytelling while still fully embracing the pulpy nature of the crime genre. Criminal focuses on the seedy underworld of the fictional Center City as the lawless inhabitants cross paths with each other and with the law. The success of Sin City has shown that there is an audience for anthology comic book crime movies, but the realistic and more mature world of Criminal would have more in common with crime filmmakers like Friedkin and Tarantino than the style-over-substance output of Frank Miller. 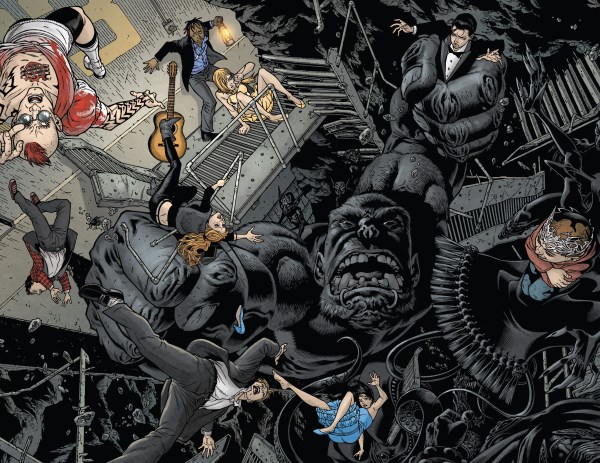 Most comic book movies are put into one of two categories: big budget spectacle (The Avengers, Batman, etc.) or ‘adult’ indie flicks (Ghost World, American Splendor). However, there are countless comic books which take their influence from many different genres. Locke & Key is a fantasy horror story which follows the young members of a family with a murky history. The magical, reality-bending keys which are the focus of the series could make for some impressive visuals on the big screen, and the ongoing suspenseful story of Locke & Key would be the perfect material for a series of movies. A pilot was made for a series, but never aired. 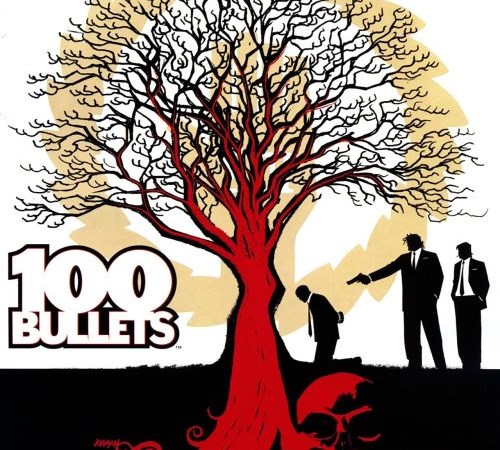 Crime series 100 Bullets poses an interesting premise: if you are given the opportunity for revenge without any consequences, would you take it? The series centres on the mysterious Agent Graves, a shadowy government agent who gives seemingly random people an untraceable gun to seek vengeance if they choose to do so. It’s certainly a high-concept premise, but the story could easily work as a movie. Brian Azzarello’s confident storytelling weaves memorable characters and a constantly unravelling conspiracy storyline and Eduardo Risso’s stylish artwork brings a cinematic quality to energetic scenes of graphic violence and action. The critically acclaimed series is the perfect material for a gritty, mature noir movie with a twist.

update: a 100 Bullets movie is now in development. Leading man is Tom Hardy. 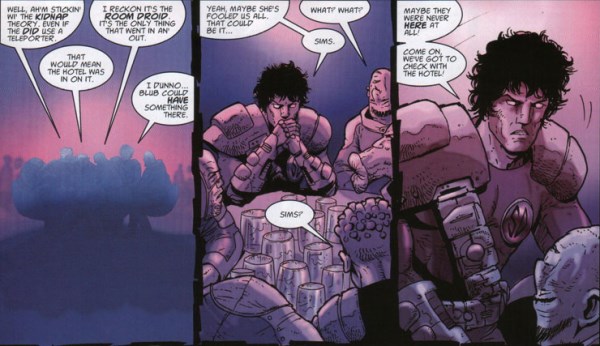 British comic 2000AD is perhaps best-known for its iconic leading man Judge Dredd, but the cult series has a wide range of other futuristic characters. Strontium Dogs are mutant bounty hunters who use their superpowers to hunt the most powerful and notorious criminals the universe has to offer. The series has a grim and gritty tone which is suitable for a mature sci-fi audience and the series protagonist Johnny Alpha has much more personality than the stoic, one-note Dredd. The latest Dredd movie was a fan-favourite but a commercial failure, so a new character from 2000AD’s lineup is probably a better idea than trying to force yet another cinematic outing for Judge Dredd.

update: a Strontium Dog Fan Movie is being made. 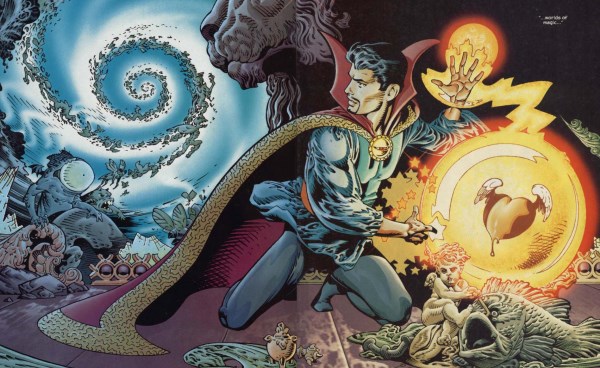 You can tell that comic book fans are spoiled for choice when they expect Marvel to start including their weirder, cosmic superheroes on the big screen. However, Marvel has shown time and time again that they are willing to take a chance on characters they believe in. Marvel has perfected the formula for the superhero movie with The Avengers series, and the only way the comic titan can really go forward is by going bigger and better. The magical Dr Strange would be a total departure from the Marvel model, but the character would be an offbeat addition to their cinematic superhero roster.

Like most of the titles in this top 10, a Dr Strange movie is being made and will be in cinemas november 2016. 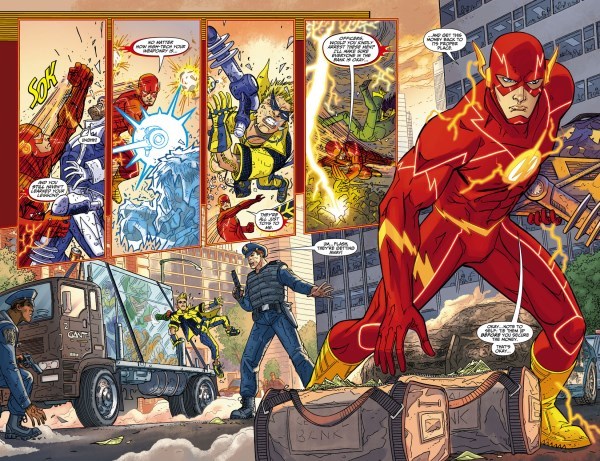 Another DC heavyweight who is in dire need of the big budget, big screen treatment, The Flash has always been one of the most important characters in the DC universe. Unlike most superhero movies which feature flying capes and superpowered fist fights, a visionary filmmaker would have the opportunity to bring something new to the genre with the Flash’s ‘Speed Force’ superpower. This not only makes the Flash impossibly fast, it also allows the character to vibrate through walls, think and react at light speed and even alter reality. In the right hands, this could make for some truly unique and visually impressive cinematic action scenes. The Flash is certainly a difficult character to pull off, but a movie adaptation of the comics could really stand out against other superhero movies. The CW network is in the process of filming a teen-oriented Flash TV show following the success of the Arrow series, but the character is worthy of so much more.

Update: in 2018 there will be a stand alone Flash movie 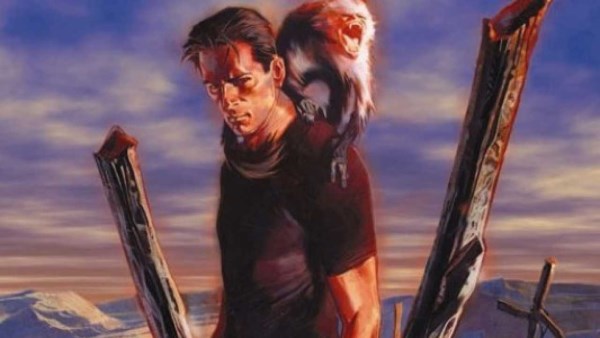 When a mysterious plague wipes out almost the entire male species, the last remaining man on earth (accompanied by his pet monkey) is forced to go on a journey to find out what has happened and try to survive. Brian K Vaughan’s Y:The Last Man is a completely original take on the post-apocalyptic genre and the story is infused with dark humour and an offbeat sense of weirdness. However, the comic is also very touching and emotional at times, and the ambitious premise would require a big budget and several movies to do it justice. With snappy dialogue, globe-trotting adventures, a mysterious plot and even an animal sidekick and a love story, Y:The Last Man has all the elements for an offbeat and unconventional comic book movie. Thankfully a recent attempt to bring the series to the big screen with Shia LeBeouf in the lead has fallen through, so the critically-acclaimed comic is up for grabs to a director who can really do the series justice.

Update: Y The Last Man will not be made into a movie, but a ,a href=”http://www.slashfilm.com/y-the-last-man-tv-series-in-development-at-fx/”>tv show.