What makes a comic book sidekick? Plenty of heroes have dutiful companions who help bring out the best in them. Whether the sidekick provides backup, acts as comic relief, clashes with the hero in a beneficial way or is just there for the sake of being there, the superhero and sidekick dynamic is one of the oldest tropes in comic books. In some cases, the superhero sidekick relationship is like that of a mentor and mentee and the sidekick is eventually expected to go off and become a hero in their own right. Sadly, some other sidekicks are destined to spend a life out of the spotlight and firmly in second place, but that doesn’t mean they don’t make the most of it when they can.

There have been plenty members of the Bat family over the years. Although some of Batman’s female protégés were originally introduced to help appeal to new fans and make the comic feel like less of a boy’s club, the different ‘versions’ of Batwoman and Batgirl have proven themselves to be formidable characters in their own right and not just sidekicks who skulk around after the Dark Knight. Arguably the most memorable and popular with the fans was Barbara Gordon, who was Batgirl for more than 20 years. The daughter of Commissioner Gordon, Barbara was a tough, resilient young woman who was dedicated to her life of crimefighting. Her character was never played out as a helpless female who always needed rescuing or as a love interest for Batman. Unfortunately, she was paralysed by the Joker in Alan Moore’s seminal The Killing Joke, but this gave the character a new lease of life (Batgirl was pretty much ‘semi-retired’ in the comics at this point) and Gordon continued to work for Batman by becoming an expert in computers and information-gathering and calling herself Oracle.

Some sidekicks are needed to play the straight man to the larger than life superhero. Arthur from the cult comic series The Tick is the very definition of this. While the Tick is an insane guy with superhuman powers in a blue suit, his sidekick Arthur is as overweight accountant who flies around in a moth costume. However, he does have his uses. His apartment serves as the pair’s base of operations and his intelligence is frequently relied upon to foil the bad guy’s schemes.

Few sidekicks have endured as many misfortunes as Roy Harper aka Speedy, Green Arrow’s sidekick. Orphaned and raised by a Navajo Indian, the young boy trained in archery and sought out the approval of his hero Green Arrow. The superhero recognised his potential and Harper fought alongside Green Arrow as his sidekick Speedy, even joining the Teen Titans. However, following the disbandment of the team and an an unsuccessful romance with Donna Troy, things took a dark turn and Harper turned to heroin. He eventually turned it all around and reinvented himself as the superhero Arsenal, but his tragedy didn’t stop there. Supervillian Prometheus killed Harper’s daughter Lian and also cut off his right arm. It’s hard to deny that, over the years, Roy Harper has had one of the most interesting (albeit downtrodden) lives of any sidekick.

The weird little world of Eric Powell’s Goon series sees the titular grizzled mob enforcer tangle with vampires, hags, huge stomping robots, creatures from other dimensions and all sorts of all insane creations. Through all of this the Goon is typically accompanied by his sidekick Franky, a wise-cracking, psychopath who makes up for his short stature with a creative penchant for violence. Perhaps the best way to sum up Franky is by his trademark catchphrase ‘knife to the eye!’

Superheroes have a long tradition of keeping pets. From Superman’s super powered pet dog Krypto to Kitty Pryde’s dragon Lockheed, having a super-pet certainly has its advantages. However, for a relatively ‘normal’ superhero like Hawkeye, having a flying, super strong animal companion just wouldn’t be his style. Matt Fraction’s recent critically acclaimed run on the character paired him up with a one-eyed street dog who loves pizza. Although Lucky, aka Pizza Dog, got his very own story where he solved a murder (artist David Aja’s distinct visual style incorporates Lucky’s olfactory senses and the panels show what he can smell with handy ‘scent bubbles’), for the most part he is just a normal dog who is unaware of his master’s superhero lifestyle.

No one ever said that a sidekick has to be good. It’s hard to imagine that there could be another person who is on the same level as Batman’s nemesis the Joker, but ‘Mister J’ found his soulmate in Harley Quinn. Harleen Quinzel was an intern at Arkham Asylum who’s obsession with the Joker turned into infatuation. Denouncing her normal life and turning to crime with the Joker, the pair have one of the weirdest romantic relationships in comic books. The twisted bond between the two is as much abusive as it is supportive, and the Joker has repeatedly used Harley over and over again for his own needs (he’s even tried to kill her on several occasions). The duo may not be a typical sidekick coupling, but there’s no denying that the two share a strong, if freaky, bond.

Brian K Vaughan’s weird and wonderful space opera Saga has been one of the biggest hits in the comic world in recent years. The series follows two extra-terrestrial beings from different worlds who find love despite a galactic war being fought between their species. One of their pursuers is a mercenary called The Will, who is accompanied by the large, sphinx-like Lying Cat. The Lying Cat is so-called because it can detect when a person is lying. Although it is capable of saying ‘lying’ in a somewhat chilling way, Lying Cat is an otherwise normal, if deadly, animal companion.

Batman has had plenty of Robins over the years. Although each Robin has always felt like a different character, none of them really upset the status quo of the Dark Knight. That is, until Damian Wayne came along. The genetically modified son of Bruce Wayne and Talia Al Ghul, Damian is taken under the tutelage of Bruce as part of his mother’s effort to disrupt Batman’s operations. The precocious pre-teen instantly clashes with the way his father does things, and he tries to bring more of the skills he has learned from the League of Assassins into Gotham. Constantly defying his father, clashing with Tim Drake (the current Robin at the time) and even breaking Batman’s number one rule of no killing, Damian is nothing like Batman’s previous sidekicks. However, he eventually learns respect for the Bat family and becomes Robin when Dick Grayson dons the Batsuit following Bruce’s death. Stubborn to the end, Damian proved himself to be one of Batman’s finest protégés.

The nephew of Barry Allen’s then girlfriend Iris West, Wally West was implausibly given the gift of superspeed when the same freak accident which created the Flash also happened to him. He became Kid Flash and worked alongside Barry Allen until his death. However, despite his implausible origin, Wally became one of the finest characters in the DC Universe. Wally stepped up and took over for almost as long as Barry Allen was the Flash. The character grew and developed from his humble sidekick origins and lived up to the legacy of the superhero. To many fans, Wally West was the definitive Flash, even if he wasn’t the original. Sadly, since the return of Barry Allen the character has been completely overlooked in the New 52, but his return is eagerly anticipated.

Comic books are well known for frequently skirting around the issue of death. Even casual fans know that when a beloved superhero dies they’ll make a triumphant return one day. However, this wasn’t always the case. Bucky was a spirited teenage soldier who served as Captain America’s sidekick during WWII. One of the most famous sidekicks of the Golden Age, the Silver Age revival of Captain America in the 60s revealed that Bucky had died in the final days of the war. Bucky’s death greatly affected Captain America, but it didn’t seem that there would ever be a reason for him to come back and no one really expected him to. That is, however, until Ed Brubaker resurrected Bucky as the Winter Soldier in 2004. It was a huge moment in comic book history. Not only had one of the most famous comic book sidekicks returned after almost a 40 year hiatus, but he was now a villainous Russian sleeper agent who was targeting America. 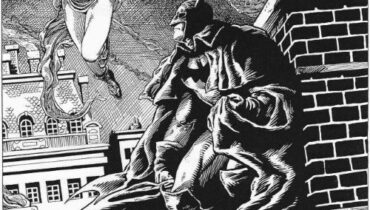 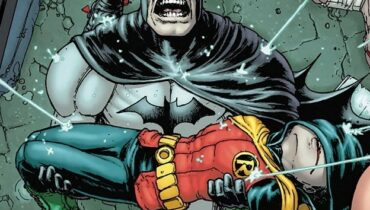 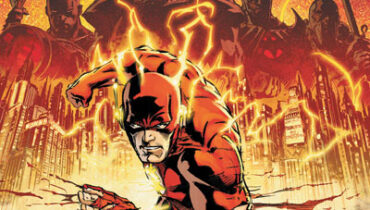 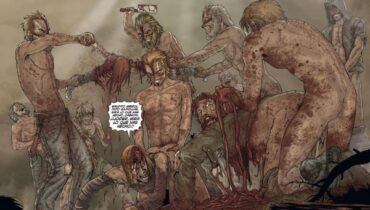