Coldplay begun to really emerge and become popular as a band in the year 2000, when the first hit single “Yellow” first reached the airways. Radio play ensured a solid fan-base for the London based outfit, and their blend of reflective and abrasive style of alternative rock captured the imagination of many independent music lovers all over the world. The group has moved further than just the alternative rock scene thanks to great arrangements which appealed to mainstream pop culture. 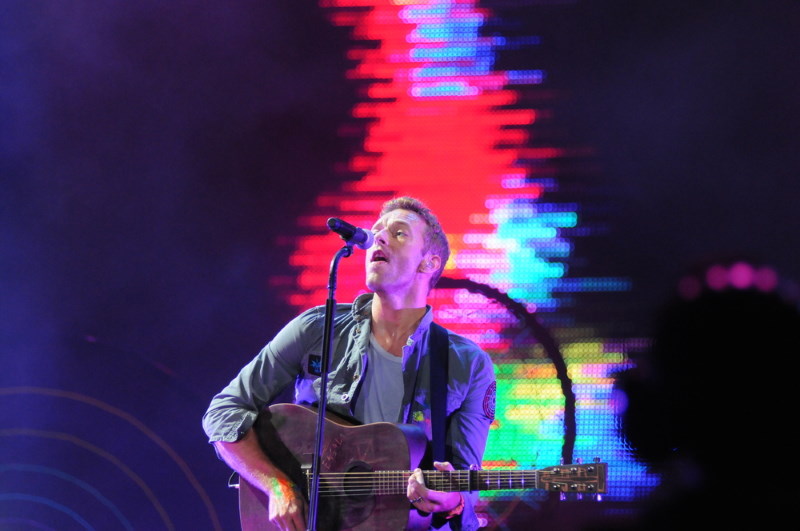 If you’ve just been introduced to the band and would like to know the 10 most popular songs by the band, keep reading to find out.

Strawberry Swing is a song from the album “Viva la Vida” and is an inspiring song about loving without worrying about anything else in the world. A reflective mood in true Coldplay fashion with a strong emphasis on the percussive aspect.

Again, a song from “Viva la Vida” which depicts the Japanese influences which are to be the basis of the album. Again a song about optimism through love, with intricate rhythmic figures and a delightful twinkling piano.

This is a song from “Mylo Xyloto” which manages to evoke powerful emotions through carefully arranged elements and lyrics. Paradise is a song about a grown woman who had enormous apirations and dreams as a child, which are powerfully depicting in the sensitive sound canvas laid out here. “Paradise” is where the girl would escape to in her mind during particularly difficult times in her childhood.

7 God Put a Smile Upon Your Face

A song from “A Rush of Blood to the Head” is just like any love song, but with the touches and style unique to Coldplay. Another memorable arrangement paves the way for a love letter, in epistolary fashion

This songs begins with a memorable piano hook, which is hard to forget even for those who aren’t fans of the band. The track is rather hypnotic in the choice of sound, as it unravels a narrative about the bitterness of regret and the thing which could have been. The general theme is time and the human condition here, something which Coldplay have touched upon in other instances.

This song is perhaps best known for being in the film “Garden State” and its more mainstream than expected. An acoustic arrangement for a relaxed tune which gently unravels the importance of “carpe diem memento mori.”

From the Album “X&Y,” this song can be interpreted as you wish. The lyrics mention fixing someone and mention guiding him/her home. It perhaps has religious undertones or is simply a metaphor for something else. A very raw memory likely to remain etched in sensitive minds.

A widely popular song which everyone would likely have heard of. This is Coldplay’s first hit single and is another simple love song which is born as a dedication to a woman. The sound here is classic Coldplay, and sets the stylistic qualities which are to be expected when the band are mentioned.

A highly popular song which has quite a complex arrangement to make it memorable to many fans and non-fans. Sweeping strings and an orchestral sound, which has become somewhat distinctive of the band, pave the way for Martin’s lyrics which speak about relationships, love and a fallen king in allegorical fashion.

Undoubtedly the best known song by Coldplay, which is about relationship’s regrets, love and many other powerful themes. What really shines here is the hypnotic piano and the general careful arrangement, making for a memorable tune which the band will be happily identified with.

We hope you have enjoyed these Coldplay songs, and if you are not a fan you can now listen and find out more about the band.