The idea that children can be raised by animals and even take on some of their characteristics has fascinated people for thousands of years. From Tarzan to Mowgli, many stories have been told of these fabled lost children but the reality is that sometimes the real deal is found.

Hunters in the jungles of Bulandshahr were astonished one day to see a wolf entering a cave followed by what appeared to be a naked child walking on all fours. The men smoked out the pair and took the young boy, who was assumed to have spent the first 6 years of his life with the wolf. He ripped off clothes if they were put on him and ate meat from the ground but eventually learned to accept some basic human customs.

Daniel, as he was named, was found living with a herd of goats in 1990. Roaming the Andes with his adopted family, the boy had supposedly existed by drinking their milk and foraging for berries. As Daniel had copied the goats’ walking methods on all fours, his hands and feet had become hard and almost hoof-like. Researchers said he could even talk with the goats, although human language were beyond his ability.

Bello was a Nigerian boy who was abandoned as a child due to his mental and physical disabilities, a common practice among his nomadic tribe. The boy was taken in by chimps and lived with them for around a year before being rescued by social workers. He was initially disruptive and loud, clapping his hands and leaping about in a monkey-like fashion, but became more human in his later years.

Rochom is a young girl who went missing at the age of 8 while tending to a herd of buffalo in Cambodia. For the next ten years, reports were claimed of a wild woman stealing crops and living as an animal. She was captured in a rice field and returned to her family, but fled to return to her jungle life where she supposedly lives to this day.

6. Kamala and Amala, the Wolf Girls of Midnapore

Kamala and Amala were two young girls reportedly found living in a wolf’s den by Indian missionary Joseph Singh. Singh first made the story known in 1920 that he had found the two and made his own claims of their glowing eyes, twisted limbs and animal mannerisms. Although the story became one of the most famous of the time, most people now believe it was all a hoax.

At just four years old, John Ssebunya witnessed the murder of his mother by his father. In fear, the child fled to the jungle and was adopted by a troop of monkeys who taught him how to find food and climb trees. John’s case is interesting because he can remember the monkeys teaching him and retained the ability to speak, providing insight into his experience.

Vanya Yudin’s heartbreaking early life was spent locked in a room with a host of birds by his neglectful mother. As no one spoke to him, he never learned a language and instead flapped his arms and chirped like a bird to communicate. Severely traumatised, he was moved to a care facility.

Marcos was sold at a young age by his father to an old goatherd. The boy was meant to provide assistance in the mountains to the man, but then the goatherd died, leaving six-year old Marcos alone. Until the age of 19, he lived with all kinds of animals including a wolf pack, snakes and boars. He was returned to civilisation and now lives a normal life but retains happy memories of his animal friends.

Traian became the victim of an abusive household at the age of four when he became feral child in Romania. Fleeing violence, he lived for three years with wild dogs in the countryside. He was found in a terrible condition, suffering from injuries and infections, living in a box and eating a dead dog.

Oxana was just three years old when her alcoholic and abusive parents sent her away from their home. Living in a shed used by some of the wild Ukrainian dogs in the area, she spent five years being raised by the animals and learned to walk on all fours and bark. Unable to speak or act in a human way, she was moved to a special care unit where she still spends much of her time with dogs. 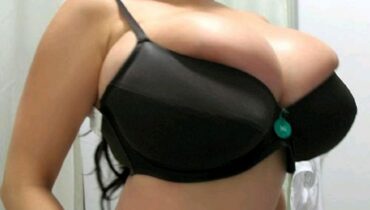 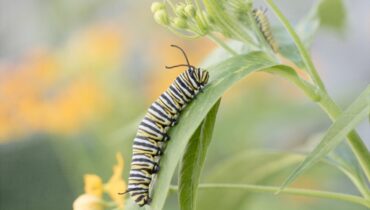