We’ve all heard the saying ‘accidents happen’, but sometimes what seems like the smallest of mistakes can go down in history as the hugest of fuck-ups. 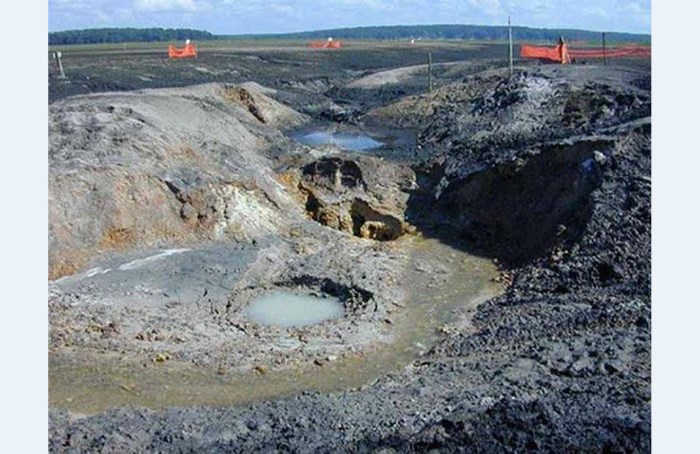 Up until November 20th 1980, Lake Peigneur was nothing more than a 10 foot deep freshwater body. That was until a Texaco oil rig accidently drilled into a mine that lay under the lake. Due to a miscalculation about their exact location, the drill punctured the roof of the mine, causing the lake to flood the enormous caverns that lay below. The resulting whirlpool consumed the drilling platform, eleven barges and over 65 acres of the surrounding terrain. Shockingly, no human deaths were reported. 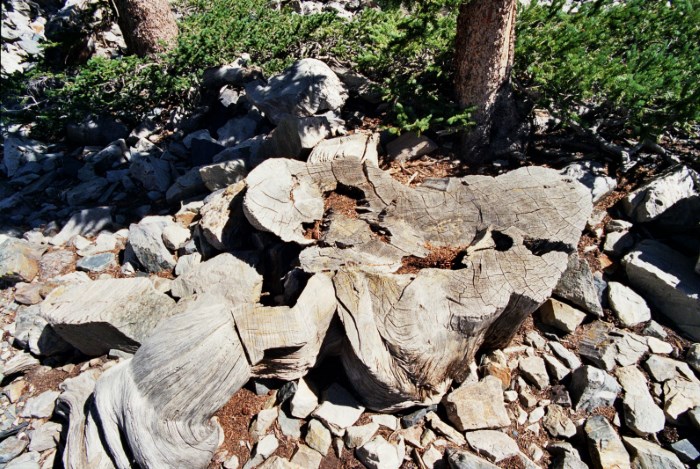 In 1964, Donald Rusk Currey was studying the Little Ice Age when he ventured into the White Mountains of California. Convinced the trees that surrounded him were very old, he began to take core samples to determine their precise age. Unfortunately, a corer became stuck and, unable to wedge it free, recieved permission from the United States Forest Service to fell the tree. It was only after this task was complete that they discovered the tree was actually over 5000 years old. Perhaps somewhat luckily, in 2012 an older tree was discovered, which has so far survived any core-related attacks.

8. The World’s Oldest Company Goes Under

Kongō Gumi once laid claim to being the world’s oldest independent company. The family run construction company was founded in the year 578 when a worker who assisted in building the first Buddhist temple in Japan, Shitennō-ji, decided to start his own business. Through the years, Kongō Gumi relied on temple construction, which often contributed up to 80% of its annual revenues. Despite its lasting history, all good things eventually came to an end. With falling revenues and an ever increasing amount of borrowing, its last president, Masakazu Kongō, was forced to sell the company to Takamatsu Construction Group in 2006 after nearly 50 generations of ownership.

We all know Steve Jobs and Steve Wozniak co-founded Apple Inc., but many people don’t know about its third founder – Ronald Wayne. Serving as the venture’s ‘adult supervision’, Wayne provided administrative oversight and in return he was granted a 10% stake. Less than two weeks later, he relinquished his equity for just $800 as he feared the possibility of having personal assets seized should the venture fail. Unfortunately for Wayne, Apple soon skyrocketed and his stake would have been valued at $35 billion at today’s market value. 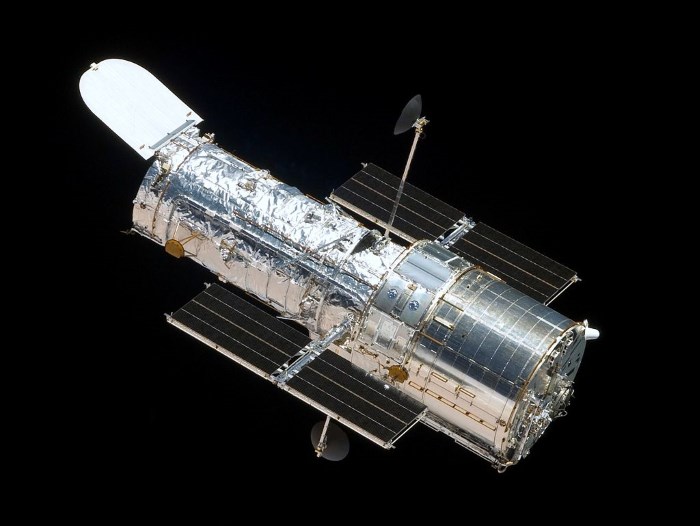 The Hubble Space Telescope built by NASA and launched in 1990, orbits outside the distortion of Earth’s atmosphere. This allows it to take extremely high-resolution images compared to ground-based telescopes. Unfortunately, after just weeks of initial launch, it was discovered that one lens had been incorrectly assembled and was 1.3mm out of position, causing all images to be distorted. Astronauts had to service the telescope and by 1994 NASA were finally receiving the image quality as originally intended. 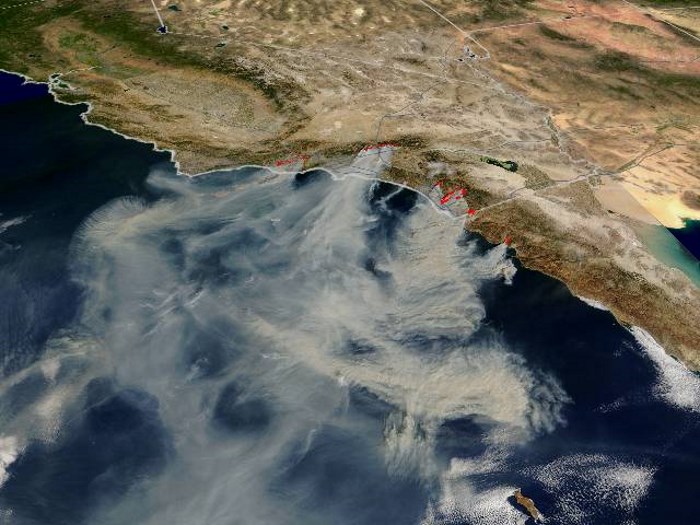 In 2003, Southern California suffered wildfires which burnt through over 800,000 acres of land, the largest of which became known as the Cedar Fire – one of the largest recorded wildfires in the state’s history. Investigation found the culprit to be a novice hunter who had became lost and, not wanting to call out for help lest he scare away the game, started a fire to signal rescuers. The fire soon got out of hand and spread to the local vegetation. He was shockingly only sent to 6 months in prison – causing an outrage with locals who blamed him for the death of 15 people and millions of dollars worth of property damage.

Between 1787 and 1791, Austria was involved in a war with the Ottoman Empires which would go on to have grave repercussions for the Austrian economy. However, the bigger embarrassment came during the Battle of Karánsebes. Different portions of the Austrian army were scouting for forces and mistook each other for the enemy. The incident soon escalated until the army were firing on themselves, eventually retreating. Within days, the Ottoman army arrived and, discovering 10,000 dead and wounded soldiers, easily took the city.

3. Disliking a Bird Causes one of the Biggest Famines 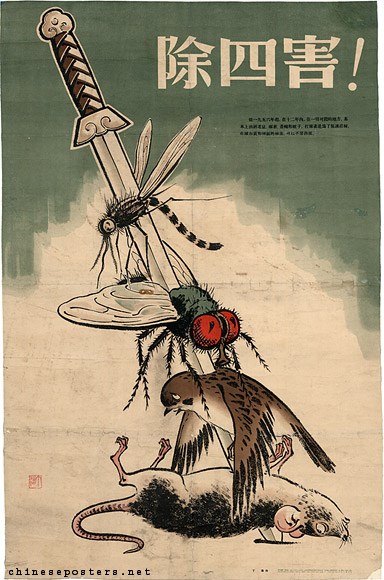 Between 1959 and 1961, the People’s Republic of China suffered through what would become known as the Great Chinese Famine. Unofficial estimates believe up to 45 million people died due to starvation. One of the causes of the famine was due to the eradication of sparrows. Sparrows regularly ate grain seeds, which many believed robbed the people of their hard work. Citizens of China were encouraged to exterminate them however possible. Unfortunately, their dwindling numbers led to a surge in crop-eating insects who no longer had any predators to control their population. By 1970, harvest was down nearly 70% of its 1958 level.

In 1997, Mark Randolph had amassed a $40 late fee from Blockbuster after returning ‘Apollo 13’ well past its due date. Unhappy with being unable to get the fine waved, he decided to co-found Netflix, allowing customers to keep their rentals for as long as they like without penalty. After gaining momentum, Netflix offered acquisition to its chief rival for just $50 million dollars. The offer was quickly laughed out of the room. Today, Netflix has a market value of nearly $40 billion, whilst Blockbuster filed for bankruptcy in 2010.

1. A Baker Burns Down London 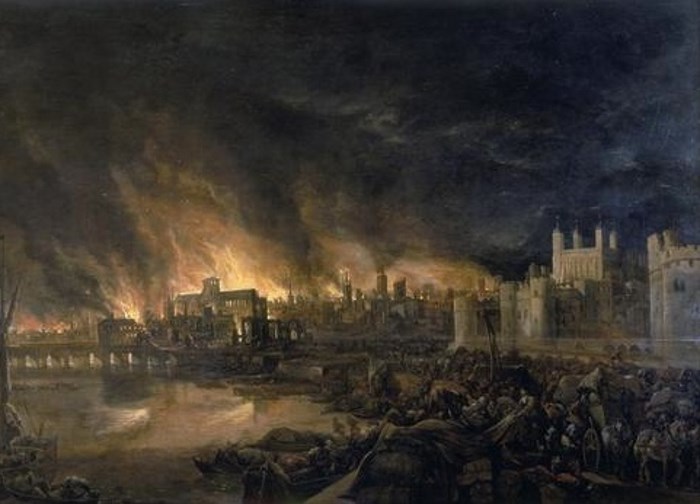 On the night of September 2nd 1666, a fire broke out at Thomas Farriner’s bakery in London, when a small spark from his oven fell onto a pile of fuel nearby. For three days the fire raged, ravaging its way through the medieval city of London, consuming 13,200 houses, over 80 churches, St Paul’s Cathedral and many more buildings. Over £1 billion worth of damage was caused and close to 200,000 people dispersed into the surrounding fields.

Top 10 Most Famous Spies in History