The videogame industry is the largest entertainment industry in the world, surpassing even the movie, television, and music industries. While many gamers choose to game on the PC or on mobile devices like phones and tablets, the vast majority play games on dedicated videogame consoles. These consoles are special pieces of equipment designed to do only one thing – play games – and they excel marvellously at this job.

This article will list the top 10 best selling videogame consoles of all time. 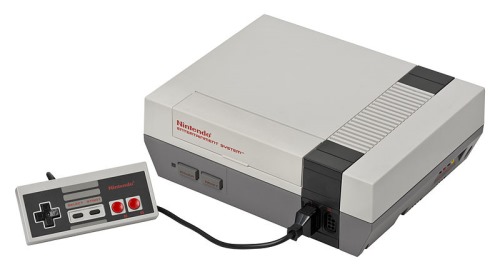 The great videogame crash of 1983 left disaster in its wake. In the space of just two years, the videogame market contracted by nearly 97 percent, leaving hundreds of companies bankrupt and tens of thousands of developers without jobs. While most videogame companies at the time struggled to survive, a small Japanese company called Nintendo found huge success with the release of their debut videogame console, the Nintendo Entertainment System. 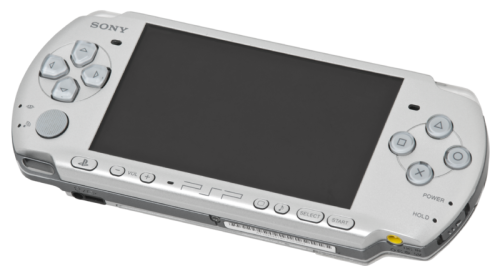 The Sony Playstation Portable, or PSP for short, was Sony’s first handheld console. Unlike Nintendo who preferred to take a low key-low tech approach with their handhelds, Sony fitted the PSP with the latest and greatest mobile hardware, such as a top of the range LCD screen, an analog control nubbin, and a new disc format called ‘UMD’.

Sales for the PSP were slow out of the gate. While gamers recognised the quality of the hardware, Sony were slow to build a strong software platform for the console. Sales eventually picked up, however, and Sony went on to sell more than 80+ million units worldwide. 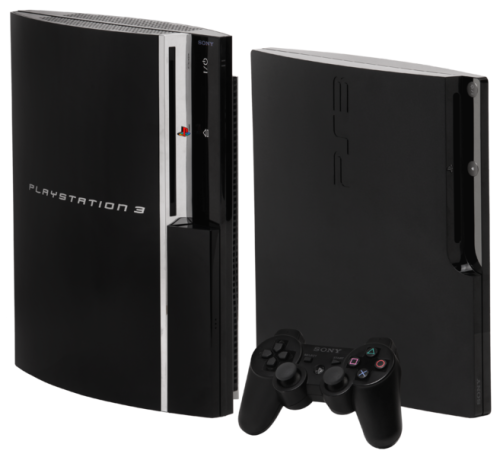 Instead of launching at a mass market price, they launched the Playstation 3 at an astronomically high price of $600/£425/€600. Understandably, this was too expensive for most gamers and sales were sluggish at first. To make matters worse, the Playstation 3’s primary rival, the Xbox 360, was selling significantly more units every month.

Sony eventually turned things around, but it took many, many years for them to do so. Today, the Playstation 3 has sold a respectable 80+ million units worldwide, and it’s also built itself an impressive library of some of the finest games ever made. 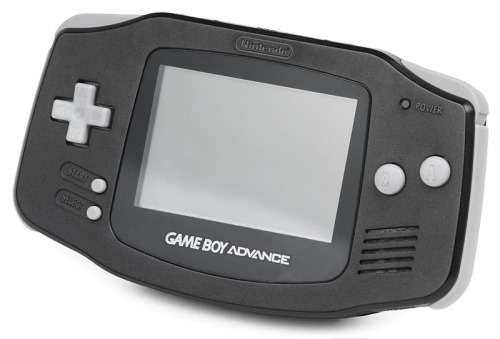 Nintendo’s Game Boy, featured later in this list, sparked a mobile gaming revolution. It opened the doors for gaming on the go and gamers everywhere embraced it wholeheartedly.

The Game Boy Advance was a huge hit everywhere. The console eventually went on to sell an incredible 81.51 million units worldwide. 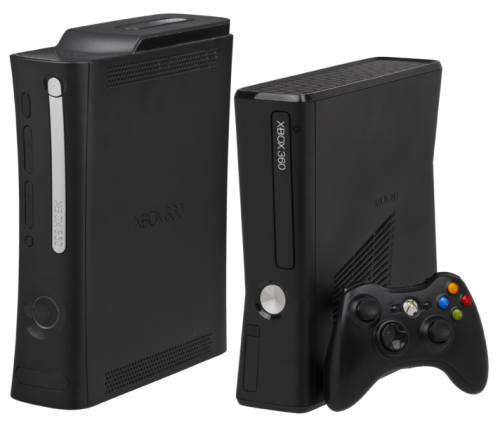 While the Xbox sold a fairly respectable 24+ million units worldwide, it still fell a distant third behind its main rivals, the Nintendo Gamecube and the Sony Playstation 2.

With the Xbox 360, Microsoft fixed nearly all of the problems with the first Xbox. They improved the software, improved the design of the console, and dramatically improved the console’s graphics. They also launched with a more comfortable controller and an excellent lineup of games.

The Xbox 360 blew away all expectations. While many expected it to sell significantly fewer units than the Playstation 3, it actually outsold its primary rival, shifting an impressive 82.9 million units worldwide. 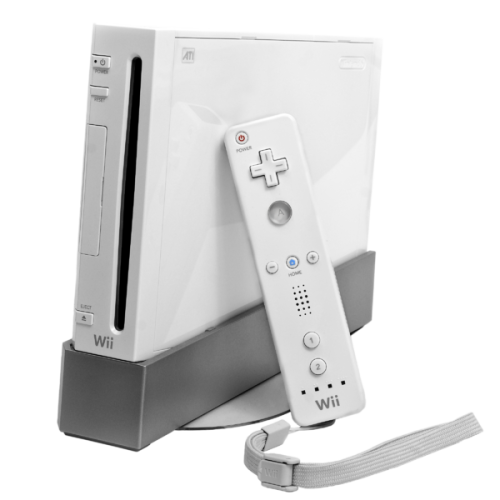 The Nintendo N64 and the Nintendo Gamecube, the two predecessor consoles of the Nintendo Wii, sold a disappointingly low number of units. Despite featuring stellar games lineups with all of Nintendo’s mascots in all their glory, the two consoles failed to catch on with gamers and sold below expectations.

With the Nintendo Wii, Nintendo broke away from the mold and tried something new. Instead of designing a super powerful, super expensive console, they designed a small, quiet, lightweight box with modest specifications. Instead of targeting hardcore gamers, they targeted casual gamers. Instead of launching with a traditional games controller with buttons and an analog stick, they launched with a revolutionary new motion controller.

Nintendo’s gamble worked and the Wii went on to be the best selling console of the seventh videogame console generation. To date, Nintendo has sold an impressive 100.9 million Wiis around the world.

In 1988, Sony announced their plan to team up with Nintendo to release a new videogame console featuring their revolutionary new CD technology. Unfortunately, Sony’s plans went awry and the Nintendo/Sony partnership was dissolved in 1991.

The Playstation quickly found its audience with the 16+ gamer crowd. It became a sensation and broke nearly all videogame sales records around the world. To date, the Playstation has sold an impressive 102.49 million units worldwide. 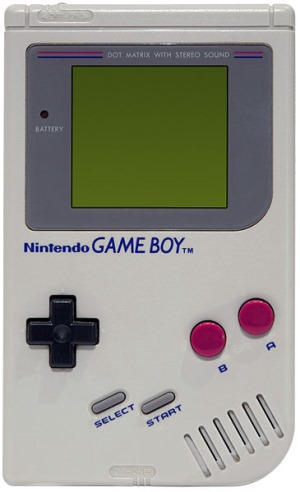 Nintendo’s Game Boy was a revolutionary device. It allowed gamers to play their favourite games on the go without being shackled to their televisions.

The Game Boy itself was a simple piece of technology. It was bulky and heavy due to its 4 AA battery requirement and its screen was primitive and only capable of displaying 32 green tinted colours. This didn’t matter to gamers, though: they just wanted to play their favourite games outside of their homes.

The Game Boy launched worldwide in 1989. In a genius move, Nintendo decided to pack in the puzzle game ‘Tetris’ with every Game Boy. Within days, gamers were showing off their Game Boys to their friends and families who quickly became addicted to Tetris’ brilliance.

The Game Boy sold well all over the world. According to recent figures, Nintendo sold an incredible 118.69 million Game Boys worldwide, making it the second best selling handheld videogame console of all time. 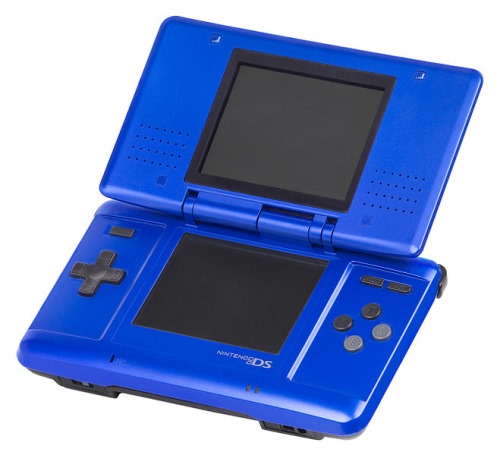 Nintendo released the first generation DS hardware in 2004. Despite its bulky and ugly design, gamers fell in love with its innovative two screen and stylus gameplay and they bought the console in the millions. It wasn’t until the release of 2006’s Nintendo DS Lite that the DS became a household name, though.

The DS Lite, a revision of the original DS hardware, was better than its predecessor in every single way. It featured a better screen, a slimmer, more pocketable design, a better stylus holder, and longer battery life. It also featured better speakers and slightly larger screens.

The Nintendo DS has sold well all over the world. To date, it has shifted more than 153.98 million units worldwide, making it the best selling handheld videogame console ever made. 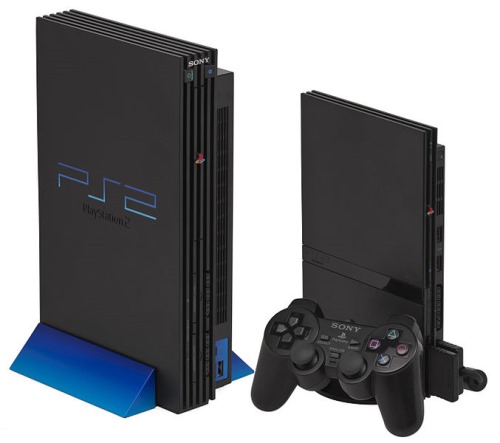 The Playstation 2 was a phenomenon. The console was near impossible to find in stores on release and gamers had to camp outside electronic stores for weeks to get their hands it.

With the Playstation 2, Sony took the first generation Playstation and improved it in nearly every single way. Gone was the grey plastic design of old in favour of a new, sleek, stylish, futuristic black design that looked stunning in every living room. The old CPUs and GPUs of the Playstation were also replaced with the powerful ‘emotion engine’, a supercomputer class microprocessor capable of generating advanced 3d visuals.