Special effects and makeup have always been one of the most important parts of ‘movie magic’. Helping bring visions and ideas to life, filmmakers can create the strangest, most imaginative creatures and characters with the help of makeup, prosthetics and animatronics. The horror genre in particular has always owed a huge credit to the enduring and often unappreciated work of special effects teams and makeup artists. 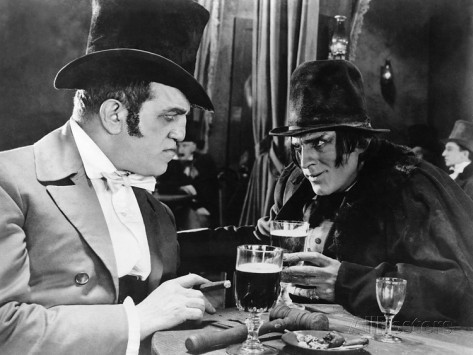 The story of Dr Jekyll and his alter ego Mr Hyde has been adapted countless times over the years, but few adaptations match the transformative horror of the 1920 silent movie. With the help of a matted hair wig, buck false teeth and elongated prosthetic fingers, leading man John Barrymore is barely recognisable as the ugly, terrifying Mr Hyde. While future takes on the story would create increasingly complex and elaborate prosthetic special effects for the character, the 1920 adaptation is a shining example of how sparse, subtle designs can go a long way. 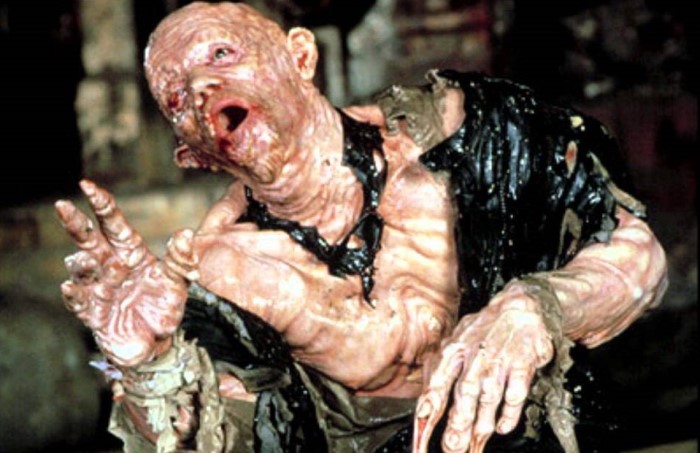 Although the scene-stealing special effects of Paul Verhoven’s ultraviolet, sci-fi satire RoboCop is the armour-plated costume of the titular character, the film’s finale provides some of the most horrifying special effects work caught on film. When henchman Emil (played by Paul McCrane) is doused in toxic waste, his body instantly begins to burn and melt. Emil staggers around as his flesh drips and pools off his bones, and the makeup work is truly a horrifying sight. Unfortunately, he meets an even more unpleasant end when he is hit by a van and completely explodes into a shocking mess of bloody squibs and gooey liquid. 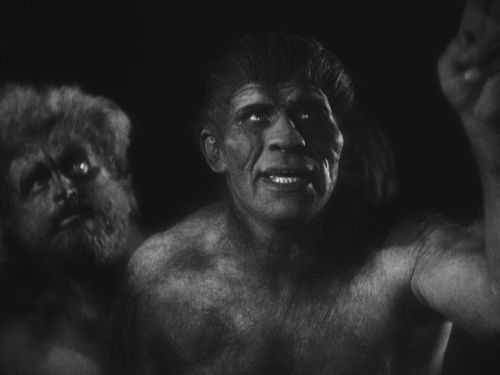 H.G. Wells’ novel ‘The Island of Dr. Moreau’ has inspired many movie adaptations, but none come close to capturing the terror and horrifying nature of the source material than The Island of Lost Souls. Mad scientist Dr. Moreau hides out on a mysterious island performing experiments on animals which are delivered to his laboratory by boat. Of course, his research has a sinister twist, and it is revealed that he is creating bizarre human/animal hybrids. Island of Lost Souls has few scenes of gore or violence, but the sight of Dr. Moreau’s nightmarish creations makes it one of the most unsettling horror movies ever made. Although the work of makeup artists Charles Gemora and Wally Westmore went uncredited, their timeless special effects truly brought the deformed, shocking creatures to life and inspired future generations of special effects artists. 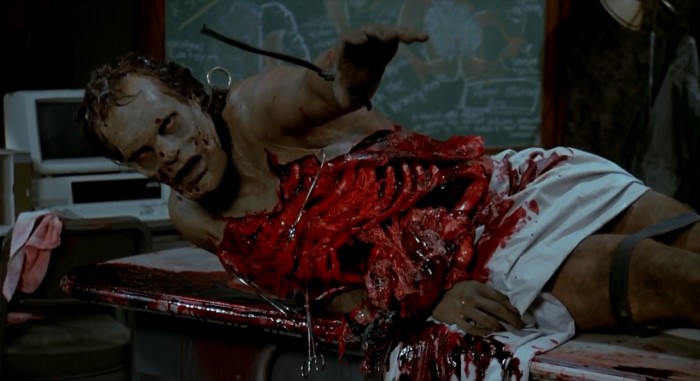 George A. Romero’s classic zombie series improved the aesthetics of its undead antagonists with each instalment, and the special effects of the franchise reached its pinnacle in 1985’s Day of the Dead. Improving the cartoonish, blue-toned zombies from Dawn of the Dead, Day featured more realistically decaying and rotting creatures. This new level of realism allowed special effects legend Tom Savini to create more recognisable zombies which were capable of expressing and emoting. The improved design was the perfect fit for zombie character ‘Bub’ who was being conditioned and experimented on to bring out his human side. 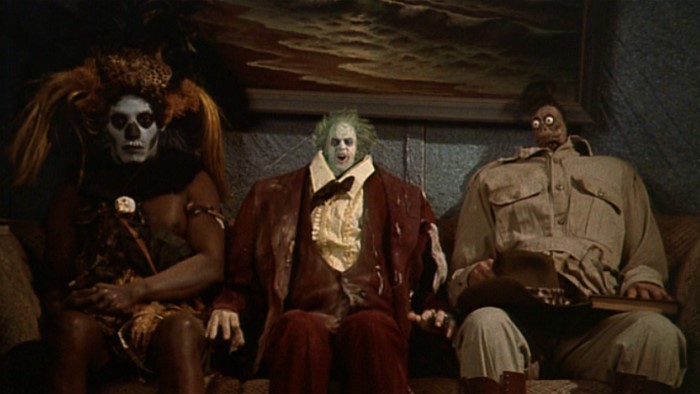 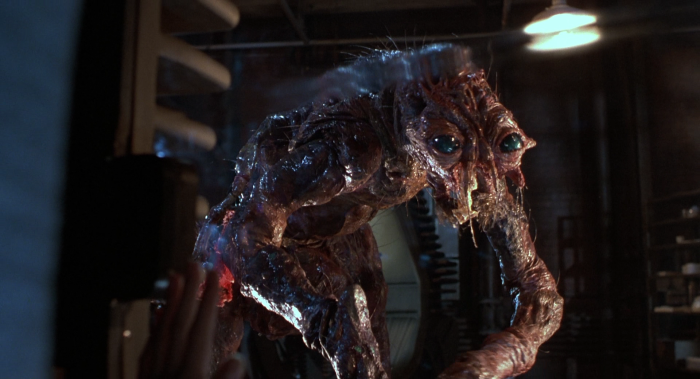 Master of ‘body horror’ David Cronenberg showed the power of practical effects in his sci-fi classic The Fly. Experimenting with teleportation, brilliant scientist Seth Brundle (played by Jeff Goldblum) accidentally fuses his DNA with that of a common fly. Brundle slowly begins transforming into a strange human-fly hybrid, and his body literally falls apart in the process. Brundle’s flesh and features become increasingly mangled and deformed as the shocking transformation takes hold of his body, and the film’s standout special effects create a truly grotesque spectacle. The film’s makeup deservedly won an Academy Award for completely transforming Jeff Goldblum into an almost unrecognisable sight, and the ‘Brundlefly’ is one of horror’s most disgusting creatures. 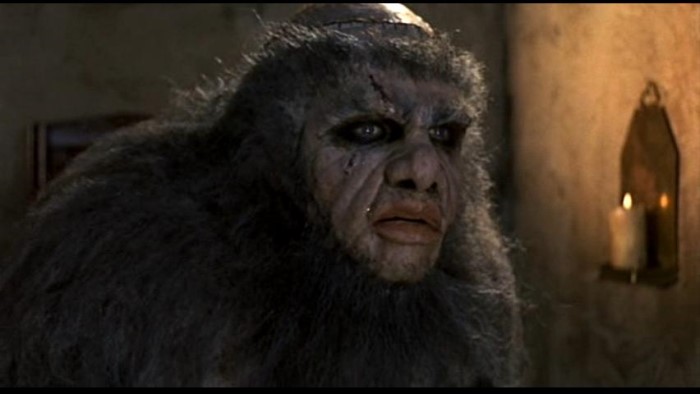 British production company Hammer Films has brought some of fiction’s most terrifying creatures to life, and it is fondly remembered for its Dracula and The Mummy franchises. However, the company’s most impressive reimagining of a horror icon is its 1973 classic Frankenstein and the Monster from Hell. Played by David Prowse (better known to most people for playing Darth Vader Star Wars), the Monster is a bizarre ape-like creation composed entirely from the bodies of dead patients from an insane asylum. Prowse’s towering stature and imposing physique make the Monster a vicious and terrifying sight, but it is the movie’s unique makeup design which makes the character work so well. The hairy, hulking Monster is a completely different take on the creature, and by ditching the iconic ‘stitched together’ look, the makeup artists managed to create a creature which is clearly the work of a deranged science experiment.

CGI (Computer Generated Imagery) is now ubiquitous in movies, and even low budget productions can use the technique to fill the screen with all manner of special effects. However, some directors still rely on the power of practical effects, and few are more appreciative than Guillermo Del Toro. Del Toro’s 2006 fantasy masterpiece Pan’s Labyrinth uses a combination of complex makeup and animatronics to bring to life the fantasy creatures the Faun and the Pale Man. It’s a credit to the film’s effects that these strange characters actually seem believable and yet still beyond the realms of our wildest imaginations. 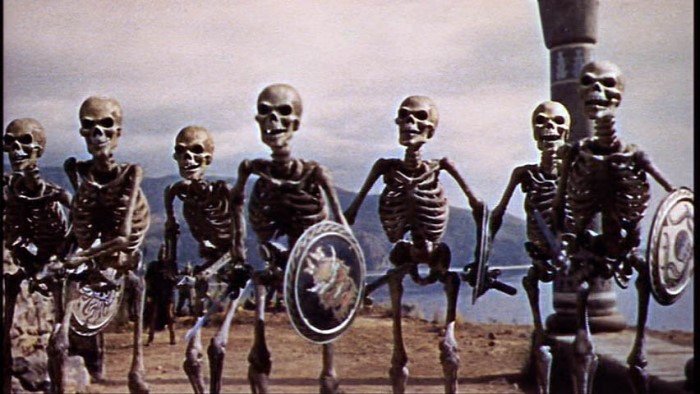 Modern films rely almost entirely on post-production special effects to create even the smallest scenes of movie magic, but these techniques weren’t always available. This meant that special effects legend Ray Harryhausen had to use a more hands-on approach when recreating ancient Greek legends for the 1963 fantasy epic Jason and the Argonauts. Using stop-motion, Harryhausen shocked audiences with his frenzied skeletons, living statues, grotesque harpies and even a terrifying 7-headed hydra. These creations believably interacted with the human actors on-screen, and Harryhausen truly brought the horrifying legends to life. 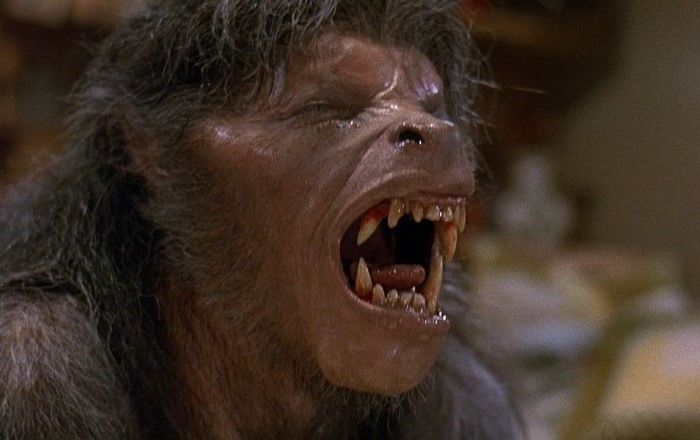 American Werewolf in London is an iconic reimagining of the werewolf folklore, and its weird mix of comedy and horror makes it an unsettling but genuinely frightening horror movie. After being bitten by a strange wolf on the Yorkshire Moors, American tourist David Kessler (played by David Naughton) is recuperating at the flat of the nurse who attended to him at the hospital. However, seemingly without warning, David is hit with agonising pain and begins transforming into a werewolf. From a practical viewpoint, this transformation scene is an audacious technical achievement. Director John Landis uses brightly lit wide shots and zooming close-ups to exaggerate the pain felt by David, and he lingers on painful shots of his bones snapping and his limbs contorting. It’s an uncomfortable and shocking scene, and the painful transformation is far removed from the quick transformation scenes typically seen in werewolf movies. It’s easy to see why American Werewolf in London is widely thought of as being a shining example of the power of practical effects in movies.