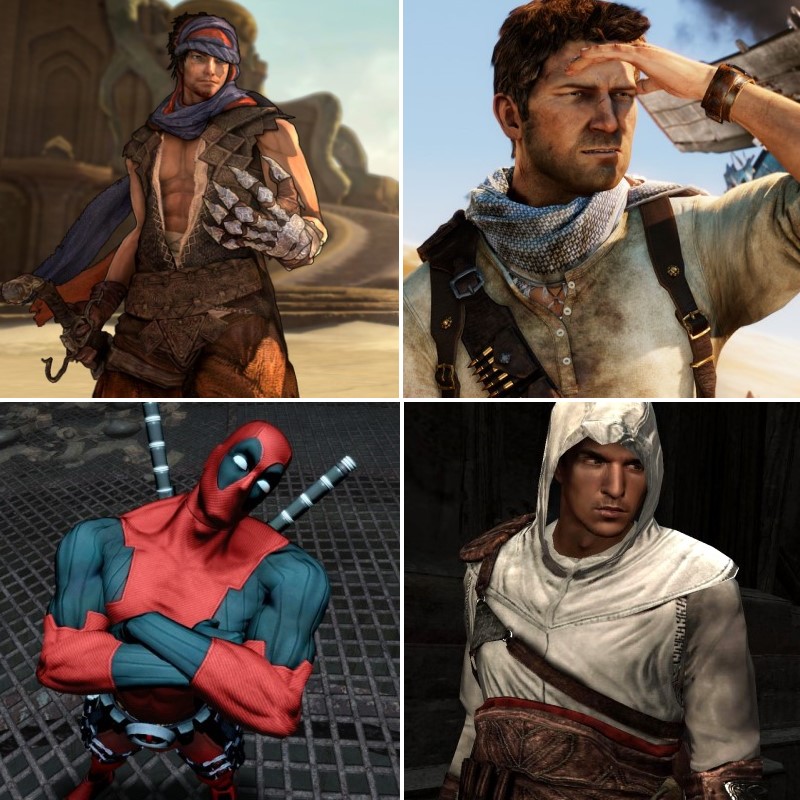 Few people have heard the name ‘Nolan North’, but most people have heard North’s work at some point in time. Since making his videogame debut as the character Hinkley in ‘Interstate ’82’, North has lent his voice talents to more than 200 videogames in a variety of different genres. A talented performer, North has quickly become the ‘go to’ voice actor for videogame developers looking for a strong voice for their characters.

This top 10 will look at the top 10 games to feature the voice acting talents of Nolan North. 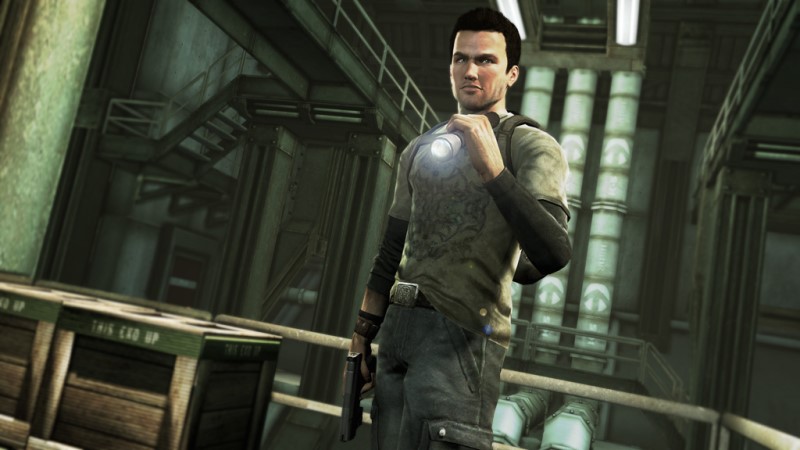 Microsoft’s ‘Xbox Live Arcade’ service started an indie videogame revolution. Prior to XBLA’s launch in 2005, videogame developers could only sell console games if they printed them on disks. XBLA, however, allowed for games to be distributed digitally at a much lower cost than retail games. Shadow Complex, released in 2009, was one of the games that defined XBLA. Created by Chair Entertainment with Epic Games’ Cliff Bleszinski lending assistance, the game starred Nolan North as Jason Flemming, a secret agent who gets embroiled in a plot to take over the world. Shadow Complex was one of the first games to feature North in the leading role. He brought a lot of gravitas to the role and delivered a fantastic performance overall.

Shadow Complex was well received by critics and gamers alike. Critics gave it an impressive 88/100 metacritic score and the game went on to sell more than 600,000 copies, a record for XBLA. 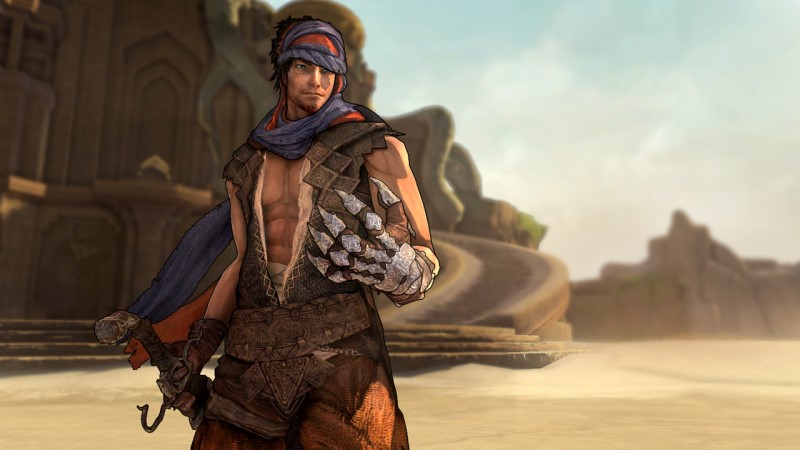 The Prince of Persia series has had its ups and downs. The original ‘Prince of Persia’ game, released in 1989, was a game changer. Featuring incredibly detailed rotoscoped animation, it revolutionised the 2d platformer for the better. 2003’s ‘Prince of Persia: The Sands of Time’ sparked another revolution with its unique 3d perspective and time shifting game mechanics. Its two followups underperformed however, and the series was shelved after the release of 2005’s ‘The Two Thrones’. In 2008, Ubisoft rebooted the Prince of Persia series with new characters, a new art style, and a new development team at the helm. Nolan North was also drafted in to play the main character, ‘The Prince’.

Gamers and critics, on the whole, liked the 2008 reboot. North received a great deal of praise for his performance, too. The game went on to sell more than 2.2 million copies worldwide while receiving an 85/100 score on metacritic. 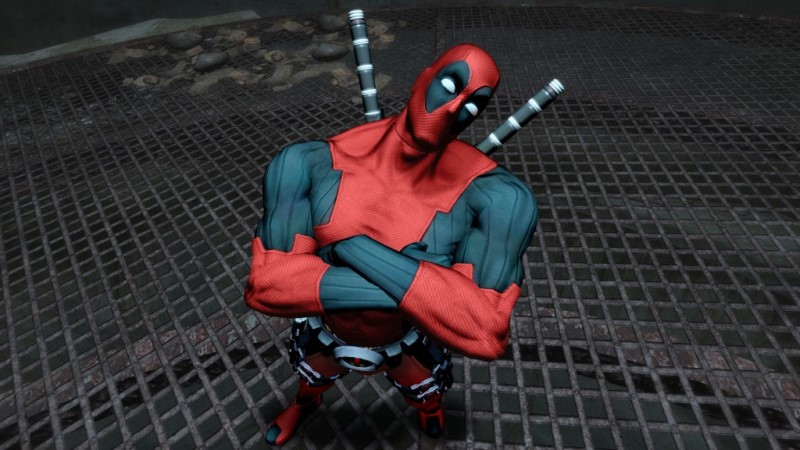 Deadpool, a mercenary with a twisted sense of humour, has quickly grown to become one of the most popular characters in the Marvel Comics universe. Following his debut in 1997, the character has appeared in more than a thousand comic books, a dozen videogames, and a handful of movies. Nolan North has played Deadpool several times over the years. In addition to voicing him in a number of cartoons and films, he’s also played the character in a number of videogames, including Spider-Man: Shattered Dimensions, Marvel vs Capcom 3, Lego Marvel Super Heroes, and 2013’s ‘Deadpool’. Deadpool was developed by ‘High Moon Studios’, creators of the critically acclaimed ‘Transformers: War From Cyberton’ series. The game, a 3d action brawler, saw Deadpool battling his rogue’s gallery across a collection of weird and wonderful locales. North captured Deadpool’s essence perfectly. He was witty, humourous, and a joy to listen to. While critics had mixed feelings about the game, they all agreed that North was perfect in the role.

2001’s ‘Halo: Combat Evolved’ revolutionised the console FPS for the better. Featuring gorgeous graphics, an impressive AI, and a fantastic multiplayer mode, the game went on to become one of the most beloved FPS games of all time. ‘Halo: ODST’ was Bungie’s fourth game in the Halo franchise. While previous entries put players in control of the powerful Master Chief, Halo: ODST put players in control of a group of orbital drop shock troopers trying to protect the town of New Mombasa from the evil Covenant. An all star cast was brought in to play these troopers, including Nathan Fillion, Alan Tudyk, Adam Baldwin, Tricia Helfer, and, of course, Nolan North. North and his fellow voice actors did a fantastic job bringing the ODST crew to life. While critics criticised Halo: ODST for its short single player campaign, they praised it for its excellent story and voice acting.

‘Defense of the Ancients’, or DotA for short, is one of the most popular videogames ever made. Created by the legendary ‘Icefrog’, the game, a multiplayer mod for the Blizzard game ‘Warcraft 3’, has been downloaded more than 50 million times since its release. DotA 2, developed by Half-Life creators Valve Software, is a direct sequel to DotA. Like the original, the game sees two teams of heroes fighting for control of a forested battle arena with the victors being the team that destroys their opponent’s base.

DotA 2’s roster of 107 heroes features some of the finest voice talent in the industry, including North who voices ten of the heroes. DotA 2 is already one of the most popular games in the world with the game regularly reaching concurrent player peaks of more than 600,000. With exciting and deep gameplay, a vibrant esports scene, and fantastic support from developer Valve, it’s likely that DotA 2 will be played for many more years to come. 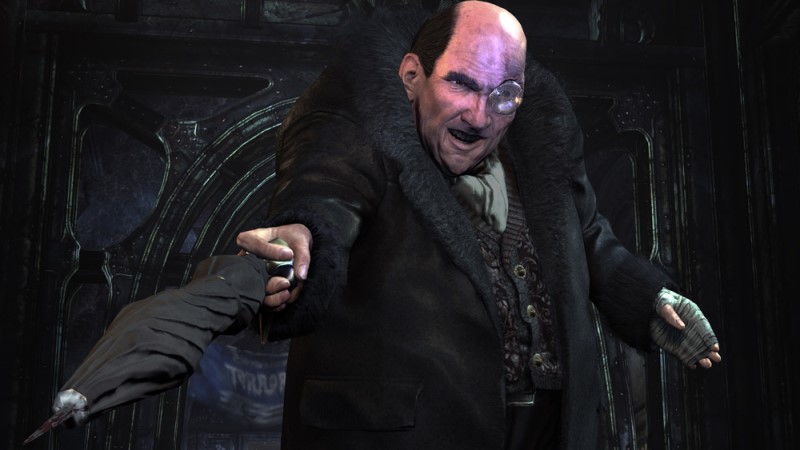 Rocksteady’s Batman: Arkham Asylum was a surprise hit. The game, a 3d action brawler that put players in control of the famous caped crusader, went on to sell more than 2.5 million units while picking up more than a dozen ‘Game of the Year’ awards. In 2011, Rocksteady released Batman: Arkham City, the second game in the Arkham trilogy. Like its predecessor, Arkham City put players in control of Batman as he tried to protect Gotham City from harm.

Arkham City’s voice cast was exemplary. Kevin Conroy, who played Batman on ‘Batman: The Animated Series’, was brought in to voice Batman, while Mark Hamill provided the voice of the Joker. Arguably the best performance came from North, however, who was brought in to voice ‘The Penguin’. Donning an English accent, North delivered a spirited performance that showed his range and talent. Arkham City was a huge hit with critics who scored it 96/100 on Metacritic. The game has since gone on to sell more than 6 million copies worldwide.

Spec Ops: The Line, developed by ‘Yager Development’, was a difficult game to play. Its simultaneous glorification and condemnation of violence was difficult to watch and its story, with its many twists and turns, somehow managed to repulse and entertain at the same time. The game, a third person shooter, put players in the shoes of Captain Martin Walker, an army Captain sent in to a sandstorm ravaged Dubai to investigate a rogue army signal. The game followed Walker and his two compatriots, Lieutenant Alphonse Adams and Staff Sergeant John Lugo, as they explored Dubai and tried to kill any ‘terrorists’ that stood their way.

While critics criticised Spec Ops for its poor shooting mechanics, glitchy graphics, and iffy game design, few had bad things to say about the game’s story and North’s performance as main character Walker. Walker was a complex character and North played him perfectly. Today, despite having a relatively poor Metacritic score of 75/100, Spec Ops is considered a must play for all gamers. You have to check out the shocking ending! 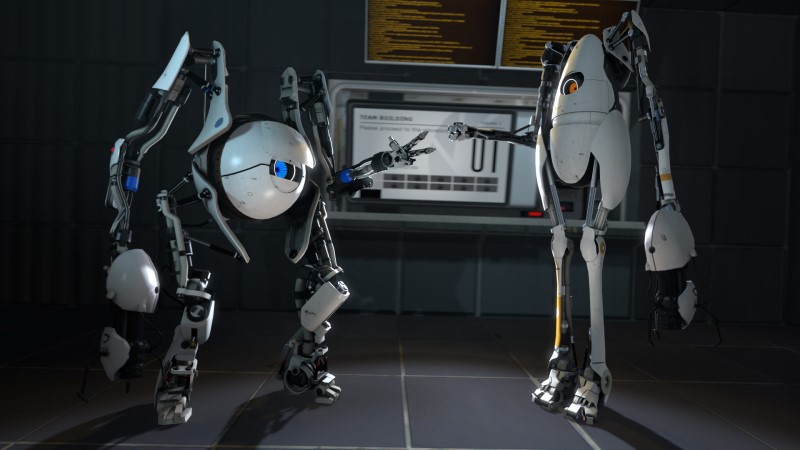 2007’s Portal was an unexpected surprise. The game, a first person puzzle shooter, was ingenious in its design and its story was surprisingly compelling considering its light hearted tone. ‘Portal 2’, released in 2011, picked up where Portal left off. Like its predecessor, Portal 2 saw gamers taking control of silent protagonist Chell as she traversed huge environments and solved puzzles with the aid of her handy portal gun.

Portal 2 featured one of North’s most memorable performances to date. In addition to voicing Portal 2’s many turret guns, North voiced the game’s three personality cores, a trio of machines each with their own distinct voices and personalities. Portal 2 was one of the most successful games of 2011. It went on to sell more than 8 million copies worldwide while scoring an impressive 95/100 on Metacritic.

Assassin’s Creed, released in 2007, was one of the first truly ‘next gen’ gaming experiences on the Xbox 360 and Playstation 3. The game, an open world game set in the ‘Holy Land’ in the 1100s, put players in control of Altair, an Assassin trying to foil the plans of the evil Templar army. The game was a huge hit with gamers who bought it in massive numbers. Inevitably, sequels soon followed. To date, Ubisoft has released seven games in the Assassin’s Creed franchise, with more slated to follow shortly.

While the voice cast has changed with every Assassin’s Creed game, there’s been one constant throughout the entire series – Nolan North, who played Desmond Miles, the protagonist of the modern Assassin’s Creed storyline. While the last Assassin’s Creed game saw North’s character dying while saving the world, rumours say that he might return for the next instalment in the long running series. Hopefully these rumours will pan out. 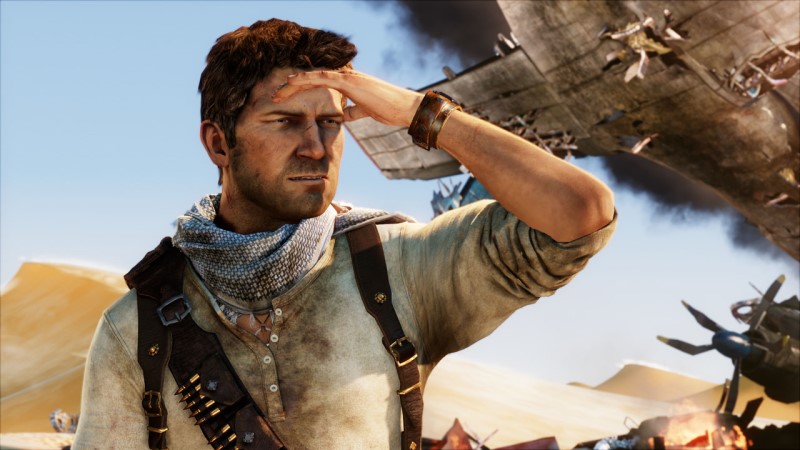 Uncharted: Drake’s Fortune, the first in the Uncharted trilogy, was one of the biggest hits of 2007. Developed by Sony studio Naughty Dog, the game, a third person cover shooter, followed the globe trotting exploits of treasure hunter Nathan Drake as he sought out riches while fending off the advances of a legion of hostile pirates. While Uncharted featured beautiful graphics, tight shooting mechanics, and well designed set pieces, it was its excellent storyline, characterisation, and voice acting that captured the hearts and minds of gamers. North, who played lead character Nathan Drake, was exemplary in his role. He was witty and likeable, and you couldn’t help but cheer him on. Today, the Uncharted trilogy is considered one of the greatest gaming trilogies ever made. Nathan Drake is also considered one of the greatest videogame characters ever created, due in no small part to North’s performance. Naughty Dog is already hard at work creating the 4th entry in the Uncharted series. It is currently due for release in late 2014 for the Playstation 4. North will be returning to reprise his role as Nathan Drake for the game.

Top 10 Most Expensive Games Ever Made