For years, Marvel Comics was content to sit back and let other studios produce movies based on their popular superheroes. Movies like Blade, Spider-Man and X-Men were produced and financed by the likes of Sony and Fox Studios, and Marvel had little creative input in how the movies were made and how their characters were used. However, in 2008 Marvel Movies started to release their own adaptations which they had self-financed and creatively managed in-house, and their first two movie releases from this new endeavour were Iron Man and The Incredible Hulk. Both movies were a success at the box office and Marvel was clearly eager to build these new cinematic properties into something like the intricate detailed universes they had being creating in their comic books since the 1950s. As a result, Marvel Movies is well-known for putting in Easter eggs and small pieces of background information to hint at what might be coming in their future movies.

In the Collector’s museum during the end-credits tease of Thor 2: The Dark World, a strange organic pod can be seen in one of the display cases. It’s only briefly on screen for a few seconds, but the object appears to be the cocoon which Adam Warlock regenerates himself in. The appearance of the Collector is expected to tie-in to the upcoming The Guardians of the Galaxy, and Marvel Movies have said that they will be dealing with more ‘cosmic’ storylines in the future. With his ability to manipulate energy and fly through space, Adam Warlock would fit neatly into these bigger stories which are expected to take place in different parts of the universe.

9. The Human Torch in Captain America: The First Avenger

Although the movie shows Captain America fighting with Bucky and The Howling Commandos during his World War II adventures, The First Avenger doesn’t mention The Invaders. The Invaders were another team Captain America fought alongside during the war, but it featured other super powered heroes like Namor the Sub-Mariner and the Human Torch rather than just regular soldiers. Seeing as Marvel probably didn’t want to overshadow Captain America in his first movie, the Human Torch can only be briefly spotted inside a glass tube when Steve Rogers walks through the World Fair near the beginning of the movie. 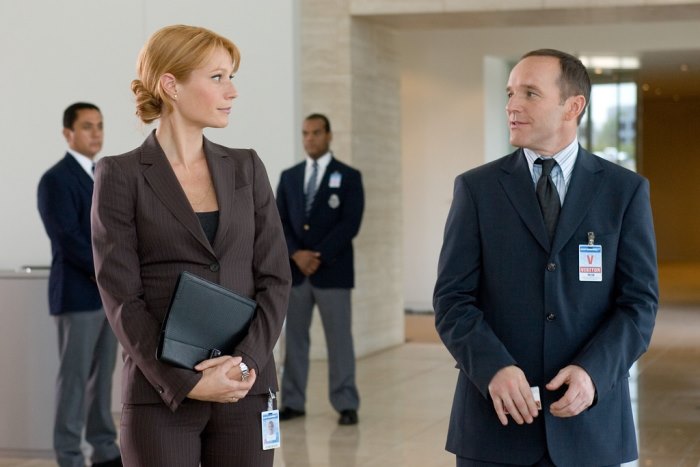 SHIELD is now a huge part of the Marvel Movies and TV universe, but back when Iron Man was released in 2008 most non-comic fans probably didn’t realise its importance. Agent Coulson introduces himself as being part of “Strategic Homeland Intervention, Enforcement and Logistics Division” (he uses the SHIELD acronym at the end of the movie) and the post-credits scene also shows Nick Fury meeting Tony Stark for the first time. At the time, it was exciting for fans to wonder if SHIELD was going to be important in future Marvel movies or if this was just a passing mention.

In the background of one of Iron Man 2’s final scenes where Tony Stark talks to Nick Fury in a safe house, a SHIELD world map is prominently displayed in the background. It’s hard to make out all of the locations pinpointed on the map, but some of the prominent spots are Wakanda in Africa (home to the Black Panther), New Mexico (where Thor’s hammer lands) and the Atlantic Ocean (home to Namor).

6. Project Pegasus in The Avengers 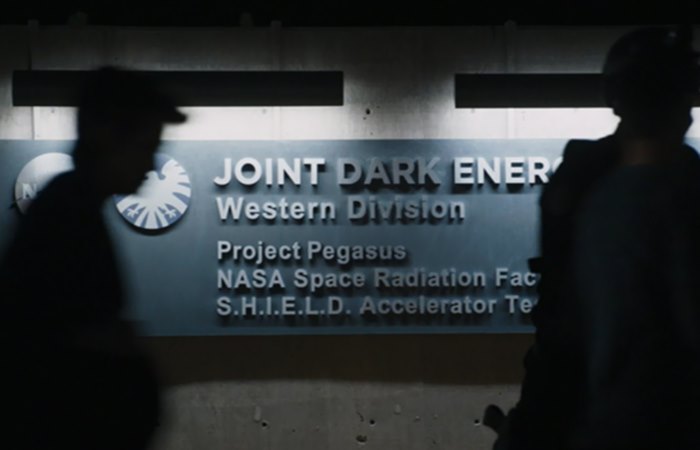 In the comic books, Project Pegasus is a research facility which studies unusual forms of energy found in the Marvel universe. It was also developed as a prison for super powered villains. In the movies, Project Pegasus has been hinted at twice so far. In Iron Man 2, Tony opens up a crate with the name stamped over the top, and in the Avengers a Project Pegasus sign can be briefly glanced as two SHIELD agents walk by. Of course, Asgardian technology has already played a huge part in the Marvel cinematic universe and it seems that the new movies will deal with the powerful Infinity Gauntlet soon, so Pegasus may become more important in the future.

5. The Ten Rings in Iron Man

Fans of Marvel Comics know that Iron Man’s deadliest foe The Mandarin gains his immense powers from the ten extra-terrestrial rings he wears on his fingers. In the first Iron Man movie, a Ten Rings banner is clearly visible behind Tony Stark when he is captured in Afghanistan. Also, the lead terrorist Raza wears a rather prominent ruby ring (as does Obadiah Stane). However, this Easter egg is a rare example of Marvel not doing what they were expected. The Mandarin in Iron Man 3 was revealed to be a red herring and the real villain was Tony’s old business rival Aldrich Killian. Although this was ‘retconned’ in the One Shot short movie ‘All Hail to the King’ where it was revealed that there was an actual Mandarin out there, it’s unlikely that this ‘real’ Mandarin will figure into Marvel’s already busy future line-up.

In the Incredible Hulk, antagonist Emil Blonksy is injected with a serum which gives him enhanced strength and agility so he can better fight the Hulk. Although it’s not specifically stated in the film, this blue-coloured serum which was developed during WWII is obviously a variation of the super soldier serum given to Captain America. Eagle-eyed viewers can confirm the link by pausing the movie when a quick shot of the serum’s canister shows a label which states that it was developed by “Dr Josef Reinstein”. In the comic books, Reinstein was one of the doctors who developed and administered the serum to Steve Rogers to turn him into Captain America.

One of the Extremis powered AIM agents from Iron Man 3 is named Ellen Brandt. Not only is this the name of Man-Thing’s villainous ex-wife, but she also sports a similar looking scar as the character does in the comic books. Iron Man 3 contains no mention of Man-Thing and her name is only briefly revealed on a computer screen, so it seems likely that this is just another small easter egg for eagle-eyed fans and not a hint that Man-Thing will make an appearance in future movies. 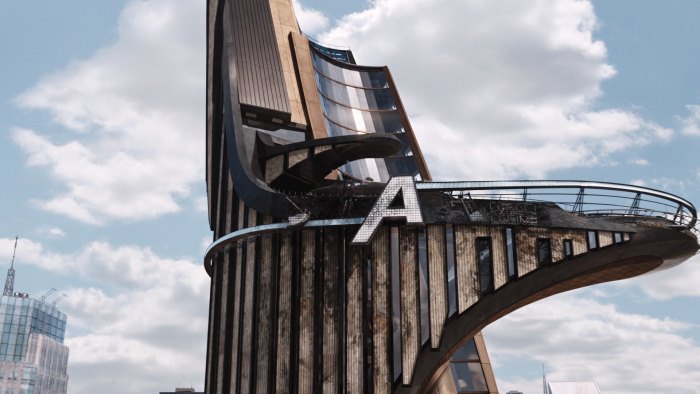 The Avengers Tower is the headquarters for the superhero group, but it is yet to make it’s appearance on the big screen (the group had only just come together in The Avengers, after all). However, Marvel’s movies have hinted that the Stark tower in New York will become the Avenger’s HQ. After the big battle in New York during the movie’s finale, only the letter A is left standing from the STARK logo on the building. Also, Tony Stark can be seen looking at blueprints for an Avenger’s Tower near the end of the movie..

Odin’s trophy room in Thor is full of little background details and teases which are of great interest to Marvel comic book fans. The vaulted room contains all the spoils of war which the Allfather of Asgard has claimed over the years, and some of them are quite curious possessions. The most obvious artefact on display is the Infinity Gauntlet. This weapon wields considerable power and is primarily used by the villain Thanos in the comic books. Thanos appeared briefly in a post-credits scene of the Avengers, so this could have further implications in future Marvel movies. Odin’s trophy room also contains the likes of the Eye and Orb of Agamotto (used by Dr. Strange in the comic books), The Warlock’s Eye (a weapon used by Thor’s enemies ) and The Casket of Ancient Winters (another Asgardian artefact). While some of these items may never be seen again in future Marvel movies, it just goes to show how far the company is willing to go when it comes to pleasing their fans with hidden Easter Eggs..