2015 is set to be a huge year for gaming. Gamers are expecting an embarrassment of riches as next-gen consoles finally welcome the release of some big titles which are hopefully going to be push the powerful systems to their limits. Of course, aside from a few console exclusives, PC gamers don’t have much to worry about neither. Even if only half of the games on this list end up delivering the goods, 2015 will still be a standout year for gaming. 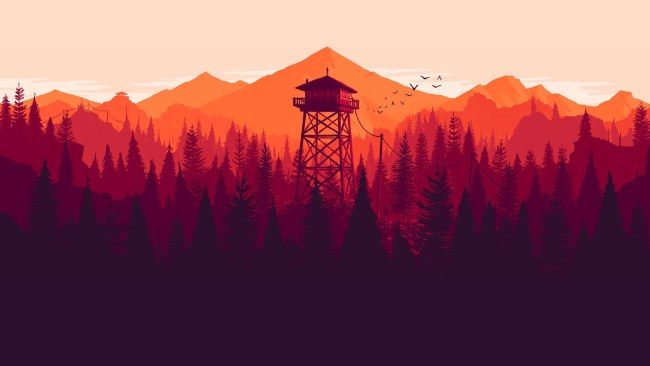 Firewatch is not an easy game to sell to the uninitiated. Set in the Wyoming wilderness, players take control of Henry, a fire lookout worker, whose only contact is his supervisor Delilah who can be called on the radio. A dialogue-heavy, explorative first person game with no enemies or combat may not sound too appealing, but the scarce details available about this indie puzzler are too intriguing to pass up. The game is being developed by Campo Santo, a small studio made up of developers from the likes of The Cave, Mark of the Ninja, Brutal Legend, Bioshock II and The Walking Dead. Interaction with Delilah will be based on dialogue trees and promises ‘interpersonal’ character development as well as an overarching, mysterious story which will motivate the player’s choices. Firewatch’s pedigree creative team have been responsible for some unconventional titles which have provided some of the most rewarding gaming experiences in recent memory so Firewatch could be a sleeper hit in the making. 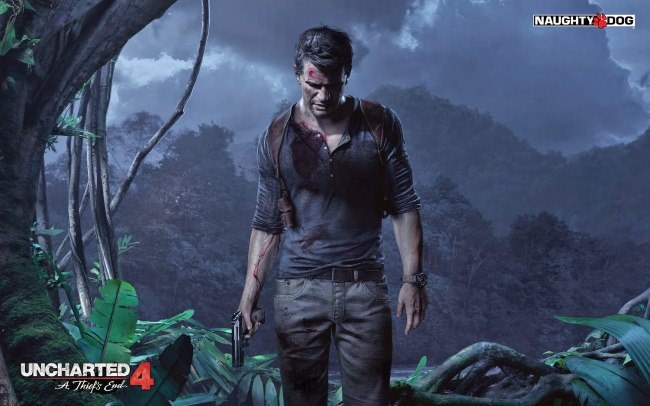 2015 will be seeing its fair share of action sequels with the likes of Halo, Metal Gear Solid, Dead Island, Tomb Raider and Saints Row (among others) getting new instalments. Opinions are naturally going to be divided over which release is the most tantalising, but our money is on the final instalment in the ever reliable Uncharted series. Developer Naughty Dog are coming fresh off the huge acclaim and success of the Last of Us and are using that game’s lead directors to close out the globe-trotting adventures of Nathan Drake. Information about the game is scarce and only one teaser trailer has been released so far, but it seems as if Naughty Dog are using an in-game engine which will truly deliver a seamless, cinematic experience. The rest of the Uncharted series is as about as close to immersive blockbuster action as players can hope to get and Naughty Dog haven’t let us down so far. 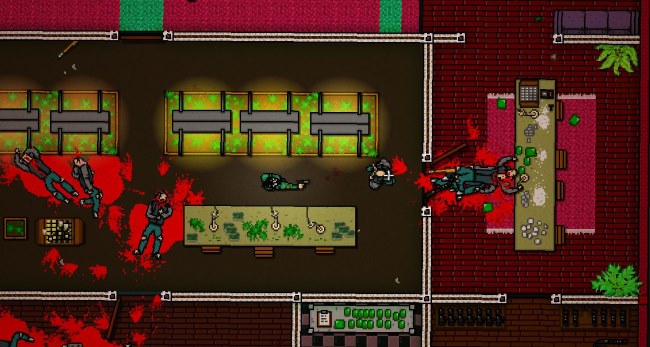 Top down shooter Hotline Miami was a critically acclaimed indie hit which was praised for its neon soaked graphics, fluid ultraviolent gameplay and meta commentary on the video game medium. The arcade shooter was completely unlike any other title out there, so it’s a good job that the sequel looks set to be a welcome return to its blood-spattered, surreal roots. Taking place before and after the original game’s story, The Wrong Number will delve deeper into the twisted world of masked killers while introducing new gameplay elements – including lots of new weapons – bigger maps and lots and lots of people to kill. 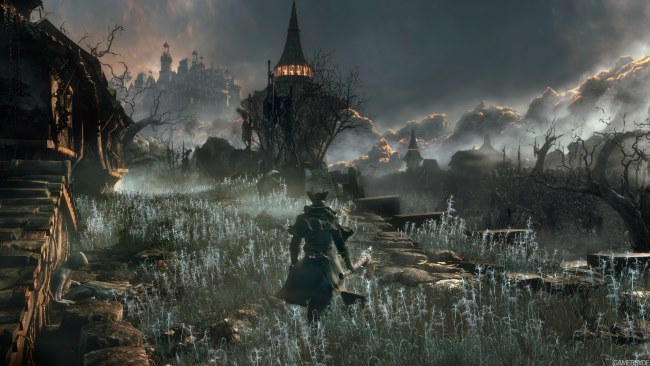 Dark Souls and Demon’s Souls have rightly earned their reputation as seriously tough video games which will test even the most seasoned of players, but the latest instalment from director Hidetaka Miyazaki promises a very different gaming experience. The fighting mechanics in Bloodborne seem much closer to hack ‘n’ slash rather than the defensive, meticulous gameplay of Dark/Demon Souls as players face off against hordes of horrific-looking foes in the gothic, deadly city of Yharnam. Although the developers have admitted that they are targeting a wider audience with this new IP, Bloodborne is far from a ‘dumbed down’ version of Miyazaki’s previous games and he is adamant that old fans will still find plenty of challenge – and punishment – from the game.

It’s easy to see why some people walked away E3 2014 thinking that No Man’s Sky stole the show. Developed by indie studio Hello Games, No Man’s Sky promises a massive, procedurally generated universe on a scale no other game has seen before. The 3 minute footage showed a player exploring a lush, jungle habitat surrounded by different species of animal (including what appears to be huge dinosaurs) before jumping into a spaceship and engaging in a huge dogfight in outer space. Hello Games have promised that each universe will be vast and complex with different eco systems and countless solar systems to explore. It’s a huge promise for any game, let alone one being developed by an indie studio, and players are always suspicious of anything that promises the earth – although in this case it’s so much more. However, even if No Man’s Sky delivers just a fraction of its potential it’ll still be a title well worth looking out for in 2015. 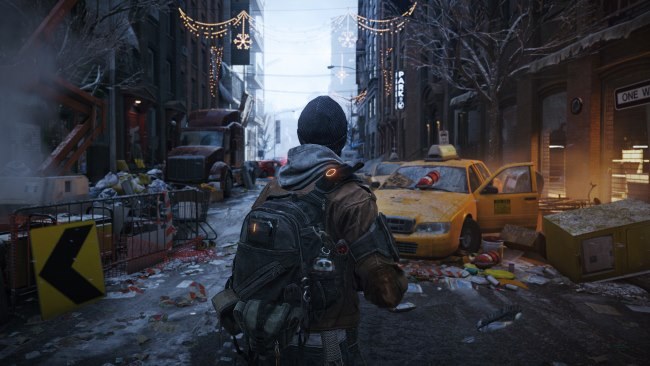 Tom Clancy’s tactical shooter series Rainbow Six is making a welcome return to next gen consoles and PCs in 2015 but most gamers seem more excited about the upcoming release of the Division, a new IP from Clancy’s brand. Set in a futuristic United States where society has collapsed after a massive disease outbreak, the Division is a squad MMO which mixes third-person shooter with the open world and experience levelling of RPGs. Gameplay footage of the team-based combat has teased a highly polished and truly immersive experience which should stand out against other similar games in the ‘cover shooter’ genre. 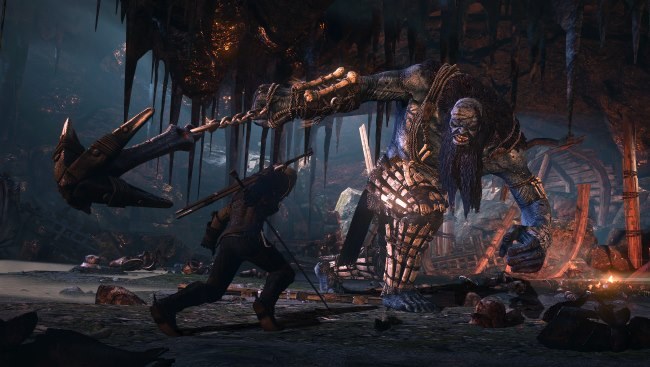 Action RPG fans may still be mourning the loss of their beloved Mass Effect, but the Witcher series has quietly gone from strength to strength and its third entry (which may or may not be the last we see of the series) promises to be one of the biggest games in the genre. Developer CD Projekt RED has boasted that the huge open world of Wild Hunt will be 30 times larger than the previous games and 20% bigger than Skyrim. That may seem like a lot of land to fill but the game’s sidequests will apparently rival the size of the main storyline which will bring the tale of series protagonist Geralt to a satisfying conclusion. The gameplay has been greatly improved and the combat system is said to have been refined to be more fluid and rewarding than its predecessors. The epic scope is brought to life by some seriously mind-blowing visuals which could make Wild Hunt the benchmark future action RPGs are compared against. 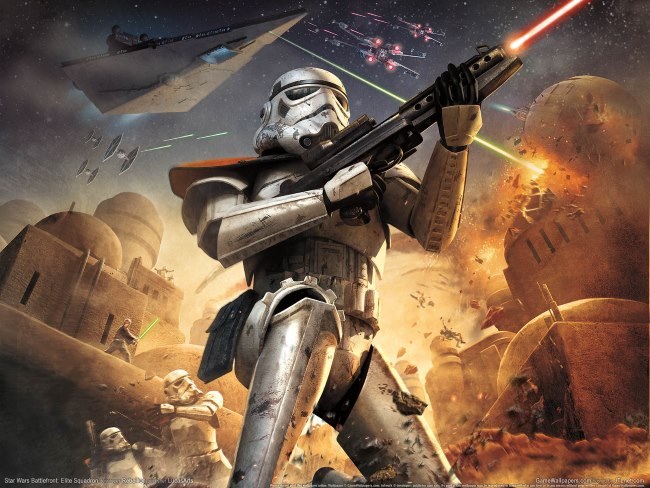 Battlefield developer DICE have already proven that they know what they are doing when it comes to creating a proper, well, battlefield experience. Who better to revive life into a new reboot of the Star Wars Battlefront franchise? Gamers feared a new entry would never see the light of day when Battlefront III was cancelled back in 2008, but EA’s acquisition of the Star Wars license in 2013 brought the popular series back from the dead. The Frostbite 3 engine is more than capable of bringing the rich, varied landscapes of the Star Wars universe to life and fighting with some of the series’ iconic vehicles and weapons could be a truly unbeatable gameplay experience for FPS fans. 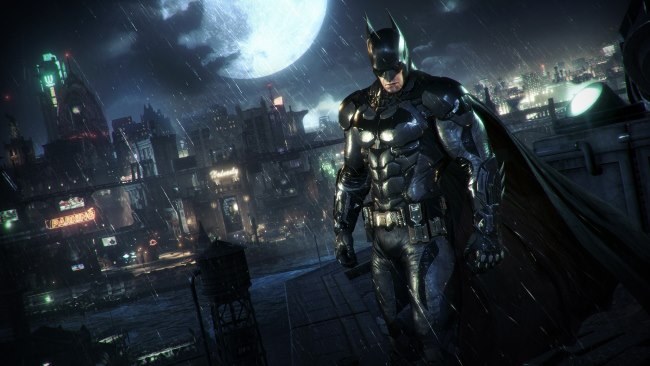 Batman: Arkham Origins may have been a disappointing entry in the otherwise stellar action adventure series based on everyone’s favourite brooding superhero, but Arkham Knight looks set to be a definite return to form. Series creator Rocksteady Studios are returning to the franchise and have promised an even more impressive open world experience which will be five times the scale of Arkham City. It’s set to be a stark contrast to the much more closed-off atmosphere of Origins and the introduction of a driveable, kitted-out Batmobile will make exploration even more fluid than before. Speaking of fluid, the freeflow combat system is being tweaked and will include even more attacks, takedowns and environmental moves – all of which are bound to come in handy as Rocksteady has promised that up to fifty enemies can be onscreen at a time. 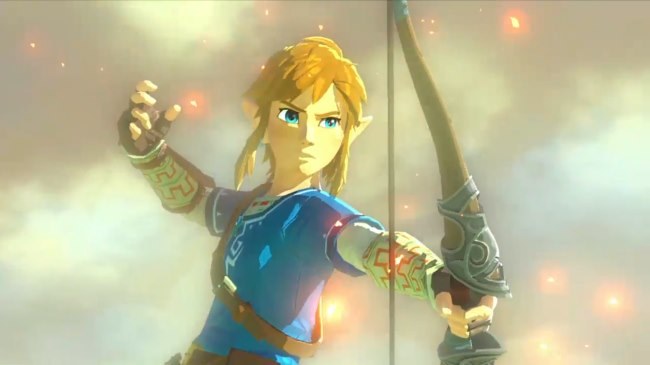 Zelda is arguably one of the most popular and most successful game series ever made. The enduring adventures of Link fighting ancient evils in the land of Hyrule have entertained players for decades, and few franchises have survived across so many different generations of consoles as Zelda has. It’s therefore understandable that the release of any new Zelda game is always cause for celebration, but the new Wii U title promises to take the series in a truly exciting and fresh new direction. The Legend of Zelda will be a truly open world experience. The Zelda games have always encouraged exploration but they’ve fallen short of modern RPGs which allow players to free roam and approach quests in a non-linear fashion. It’s a big step for the series and early gameplay footage has also showed off some breathtaking, high-definition graphics which will make Hyrule feel more alive than it even has before.