Video games aren’t always solo experiences. Sure, there are plenty of multiplayer and cooperative adventures to be had, but some of the best video games feature a supporting cast of AI-controlled characters who lend some much needed companionship to the main player-controlled protagonist. Whether they are there to lend a hand, kick some ass, provide intelligence over an earpiece or strictly just for comic relief, there are plenty of memorable companions who really add something special to our favourite game experiences. However, there are also those characters whose presence threaten to completely ruin an otherwise enjoyable game. They are typically either brain dead, incompetent, a dead weight or just a constant nagging nuisance (or, in some extreme cases, all of these things put together), and these characters are the worst that you could ever have by your side. 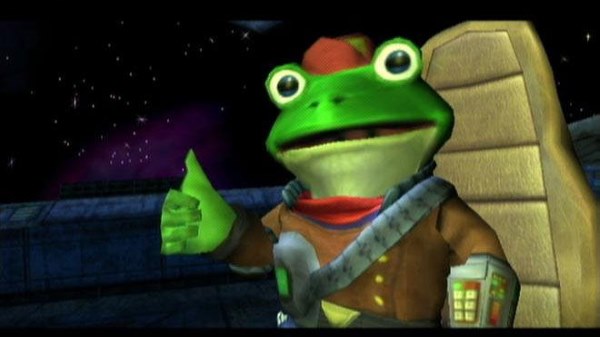 It’s a wonder why Slippy Toad was ever let near a spacecraft, let alone in the cockpit of one. The toad is not only the most inept member of the Star Fox team, he’s also the most annoying. Any gamer familiar with the series will remember the shrill Slippy screech “Fox, help me!” or “Get this guy off of me!” as he constantly fails to handle himself in the heat of the battle. This probably wouldn’t be as annoying if the amphibian’s voice wasn’t so grating and high-pitched, but it sounds like nails on a chalkboard. 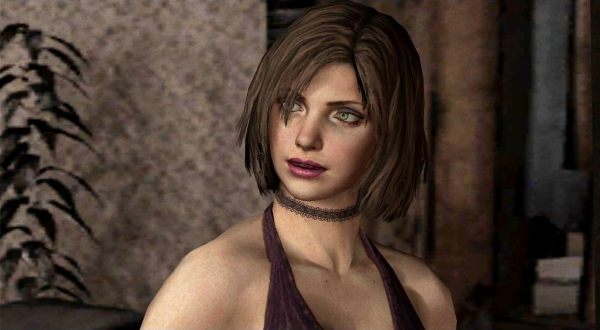 Dreaded escort missions are distressing to any gamer. Hand-holding an AI companion and trying to keep them alive never makes for particularly fun gameplay, but Eileen from Silent Hill 4: The Room really pushes the boundaries of patience. Eileen is severely injured when you first meet her, so she can’t move quickly or climb ladders which means having to run around finding alternate ways to navigate her to safety. Although she can defend herself, her starting weapon is a handbag – yes a handbag – which is about as effective in the survival horror world of Silent Hill as it sounds. However, the worst thing about Eileen is her health system. If she gets too injured or possessed, Eileen will drop to the floor and actually start draining your health too. Even worse, she even starts hitting herself which takes away even more of her own health. To say that she’s a handful is a massive understatement. 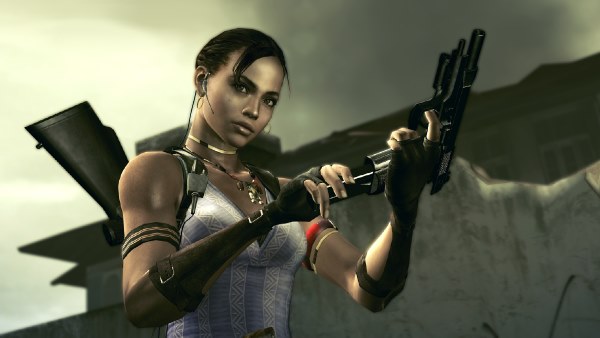 Ashley in Resident Evil 4 sometimes gets slack for being a horrible companion, but you can at least take her to a safe area or even literally put her inside dumpster until the area is clear. Ashley’s company is positively charming when compared to Shiva. The main feature of Resident Evil 5 was its cooperative mode, but players who don’t have anyone to play with have to resort to playing alongside the AI-controlled Shiva. Shiva is actually meant to be a helpful, combat-ready ally, but it’s like being followed around by a complete rookie. Shiva steals ammo and supplies so you constantly have to micromanage her inventory, she will happily spend the entire game using her weak pistol and she readily wastes herbs or first aid sprays trying to heal you when you really don’t need it. It’s like playing the game with a little brother who doesn’t know what he’s doing.

Pairing Sonic with a companion was never going to be an easy feat. The super-fast hedgehog has one defining feature – he’s super-fast – so for some reason the game’s developers decided to introduce a flying fox who struggles to keep up. The most annoying thing is that Tails is actually fast, but the AI constantly falls behind and on the special stages his reflexes are so slow that he will constantly run into bombs making it so much harder to collect all of the Chaos Emeralds. 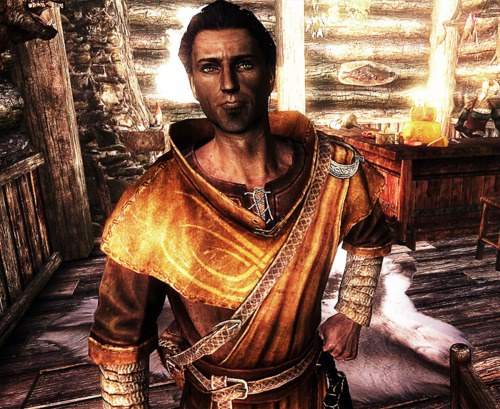 Skyrim’s companions have some annoying AI problems. They struggle with basic pathfinding and will take bizarre paths to avoid the smallest dips and obstacles, they will attempt to shoot magic spells straight through you and they straggle behind and get lost easily. However, when it comes to personalities, it doesn’t get much more annoying than Marcurio. He is actually a powerful mage and is handy to have in combat, but you’ll want to slap him around the head for his sassy comebacks and snotty remarks. Ask him to wait and he’ll tell you not to take too long and try to switch inventory with him and he’ll moan about not being “a pack mule”. That’s the just tip of his mouthy, arrogant dialogue. 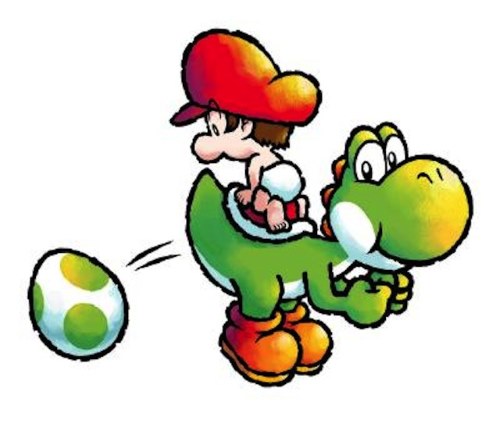 Yoshi’s Island is essentially one long escort mission as players attempt to safely carry Baby Mario across perilous levels on the back of Yoshi’s back. As far as escort companions go, Baby Mario isn’t too much hassle because he just stays in one place and doesn’t try and run off. However, he really becomes annoying when Yoshi gets hit by an attack and Baby Mario falls to the ground. A ten second countdown begins and Baby Mario has to be scooped up as soon as possible before he is dragged away by Bowser’s minions. During this time, Baby Mario will screech and wail like, well, an annoying baby. 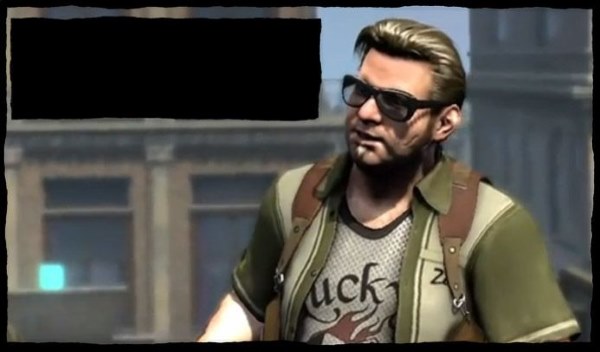 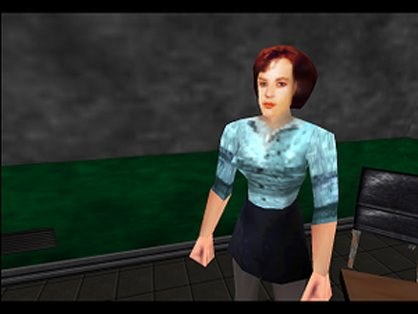 Natalya from Goldeneye has probably been shot more times in the back of the head than any other character in the history of gaming. After you rescue Natalya and attempt to lead her to safety, she will go out of her way to get into your line of sight. This is no exaggeration and it’s probably one of the worst examples of an escort mission because her AI is pretty much non-existent. However, even more annoying is the fact that Natalya will refuse to work with the player – causing a failed mission – if Boris is killed during the game. A former friend and co-worker of Natalya, Boris is a hacker helping the bad guys align the Goldeneye satellite weapon so that it will kill millions of people. There’s an opportunity to give him a well-deserved bullet in the head, but Natalya will refuse to reprogram the satellite if that happens. It’s nice to see where her loyalties lie.

There’s been plenty of discussion so far about how bad escort missions can be, but there is a way to make one even more annoying; set the level underwater. In Metal Gear Solid 2, players have to take Emma Emmerich to a control room so she can disable the Arsenal Gear weapon. The only problem is that access to the control room is submerged underwater, and Emma is afraid of water. Yes, really. This section of the game has all the frustrations of a water level – limited O2, awkward swimming controls, figuring out where to go – but you have to deal with Emma’s severely limited oxygen levels as well. She’s pretty useless on dry land too and her hand has to be held at all times to move her around. 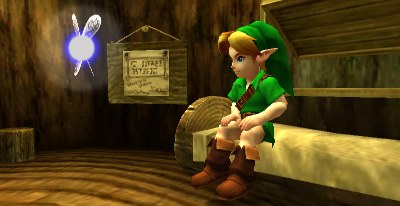 Navi from Ocarina of Time is a contentious companion choice as the character seems to illicit a love or hate reaction which divides many fans of the series. Unlike some other companions on this list Navi is a genuinely useful character. A floating blue fairy which constantly follows Link around, Navi points out any interesting or dangerous things in the area. The problem is, many of these notifications are blatantly obvious and she becomes a badgering presence when she keeps repeating her infamous catchphrase “Hey! Listen!” Navi is the first constant companion to be introduced to the Zelda series and her chirpy bleating ruins the quiet atmosphere of Link’s adventures. It’s particularly infuriating because if it wasn’t for her constant notifications Navi would be an otherwise excellent sidekick. Navi also changes different colours to signify warnings (yellow = nearby enemies, blue = things of interest, green = items) and she also introduced lock-on targeting (‘Z-targeting’) to the series. It’s just a shame she won’t shut up.