The lineup of Christmas movies shown over the holiday season are always pretty predictable. The likes of It’s a Wonderful Life, Miracle on 34th Street, Home Alone and one of the many, many Christmas Carol adaptations are shown year after year. Sure these movies always get us into the spirit of things, but we all know the lessons and morals of their stories off by heart. Here are some very non-traditional Christmas movies for those who fancy celebrating the holiday with a bit more of a twist.

Santa’s Slay has all the makings of a cult horror classic. ‘Reimaging’ the tale of Kris Kringle, the horror comedy says that Santa is actually Satan’s only son and as a result of a lost bet he had to spread Christmas cheer for 1000 years. Now that he’s served his time, Santa (played by former WWE wrestler Goldberg) can return to his demonly ways. Although Santa’s Slay doesn’t quite live up to the potential of its opening scene where Santa bursts down a chimney, kicks a pomeranian into a ceiling fan and massacres a family sat around the dinner table (with bizarre cameos from James Caan, Fran Drescher and Chris Kattan), the stupid premise and over the top violence makes the movie fly by pretty quickly. Even if you can’t handle the ‘it’s so bad it’s good’ premise, Santa’s Slay is still miles better than Hulk Hogan’s notoriously awful festive effort Santa With Muscles. 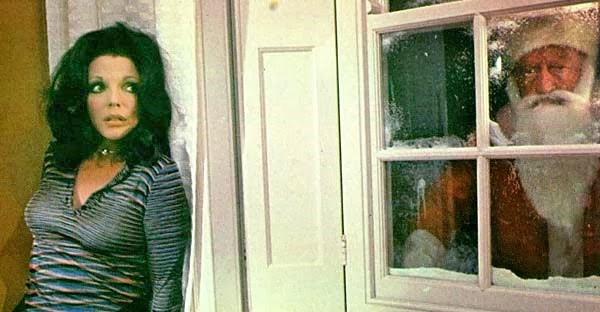 Original horror anthology classic Tales from the Crypt opens with a spooky Christmas-themed tale called “… And All Through the House”. Joan Collins plays a murderous wife who kills her husband on Christmas Eve only to find herself being terrorised in her home by an escaped mental patient dressed as Santa Claus. Although the rest of the movie isn’t Christmas themed, the segment is an inventive twist on the typical home invasion formula – the ‘victim’ is a murderer and she can’t call the police or she’ll be found out – and it’s good for a quick blast of holiday horror. 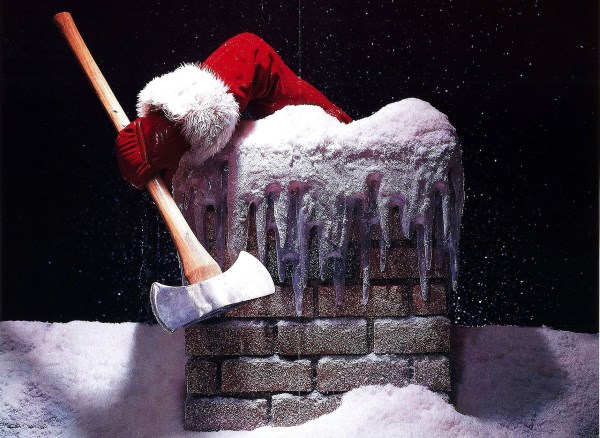 Silent Night, Deadly Night received huge backlash when it was released in November 1984. Outraged picketers lined up outside movie theatres and protested the movie’s depiction of Santa as an axe-wielding killer (even though the killer isn’t really Santa and is just a deranged lunatic). Despite performing well at the box office during its first week of release, distributor Tristar Pictures bowed to public pressure and pulled Silent Night from cinemas. Unsurprisingly, the controversy helped the movie develop a cult following over the years. Although it doesn’t quite live up to its notoriety, Silent Night is a pretty effective low budget 80s slasher for those cold winter nights. 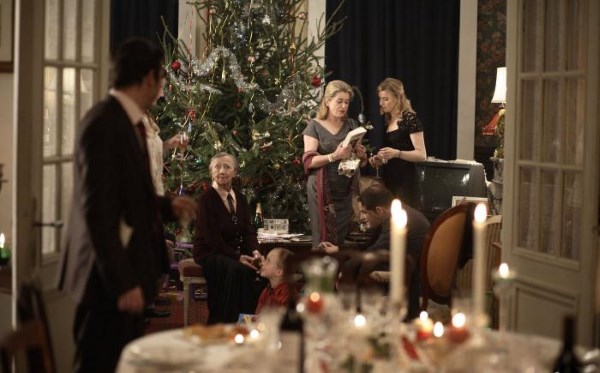 There’s plenty of comedy and drama to mine from that most dreaded of all Christmas traditions – the family get-together. French comedy A Christmas Tale is a painfully honest look at what happens when a very dysfunctional family meet over the holidays. Matriarch Junon brings the Vuillard family together for the holidays in the hopes of asking her now grown up children to provide her with a bone marrow transplant to treat her leukemia, but it’s not long before the estranged relatives start arguing, bickering and cruelly bringing up old family history. Nevermind peace and goodwill, watching the dysfunctional Vuillards go for each other’s throats in this dark comedy drama is much more entertaining.

Claymation and William S. Burroughs seem like a strange pairing, but the short film The Junky’s Christmas is a surprisingly heartwarming – if a tad depressing – take on the holiday spirit. Based on a story by Burroughs and narrated by the man himself, the short follows Danny the Car Wiper as he desperately searches for a score over the holidays. The gritty subject matter and the moody black and white visuals are a stark contrast to the usual proceedings you’d expect from a Christmas-themed claymation film, but The Junky’s Christmas closes out with a touching ending as Danny makes the ultimate sacrifice for a fellow human in need. 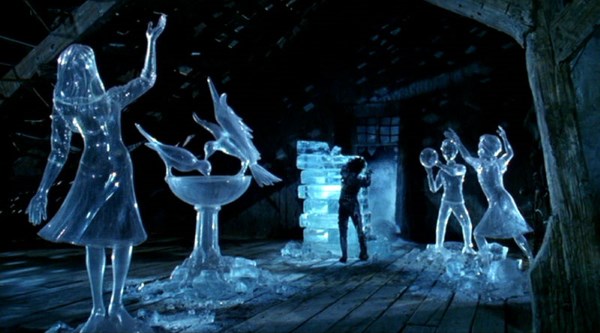 Tim Burton has tried his hand at Christmas settings in the likes of Batman Returns and The Nightmare Before Christmas, but neither really capture that Christmas spirit. Nightmare comes close but the debate rages on whether it’s really a Halloween movie or a Christmas one and for some people it’s a staple holiday choice anyway (if you’re on the fence just watch it in November). The fairytale premise of Edward Scissorhands plays nicely into the festivities and Burton’s weird trademark gothic charm plays off nicely against the scenes of perfect American suburbia. As the latter part of the movie is set during Christmas Eve, it’s perfect viewing for those who like unconventional love stories featuring outsiders. 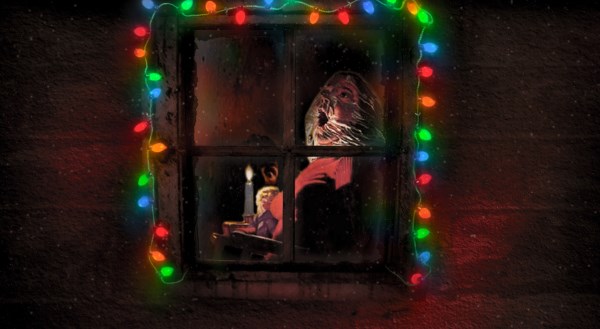 Black Christmas is a surprisingly effective Canadian horror which is widely considered to be the first slasher film ever made. Written and directed by Bob Clark – the man behind the more family-friendly classic A Christmas Story – Black Christmas centres around a sorority house which receives obscene phone calls over the holidays. Unbeknownst to the girls, the caller is not only hiding upstairs in the attic but he’s also picking them off one by one. Clark eschews over the top gore for a suspenseful atmosphere which is exaggerated by the POV shots from the killer and the seriously creepy phone calls he makes. The 2006 remake is a serviceable attempt, but it falls into pretty generic modern slasher territory. 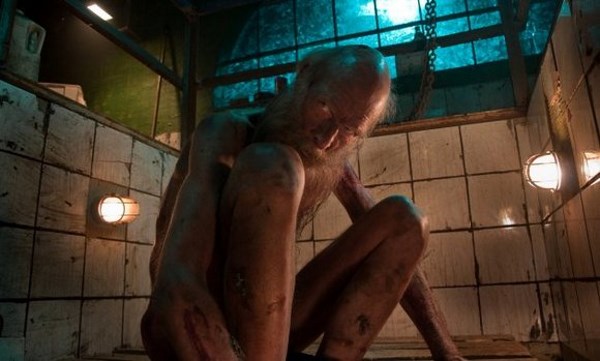 Unlike other horror offerings on this list, Rare Exports isn’t just another scary movie set at Christmas time. Nor is it one that wants to rain blood and guts all over the tinsel and baubles. Instead, it offers a completely unique and enthralling take on the mythology of Santa Claus. Set in a small Finnish village neighbouring a mysterious American-led archaeological dig in the mountains, strange goings-on – the disappearance of local children, slaughtered reindeer, missing heating appliances – seem to coincide with whatever is being unearthed nearby. When a local farmer’s wolf trap captures an old man with a beard, he assumes he’s captured Santa Claus and looks at selling him to the Americans. The movie’s third act moves the plot in a very unexpected direction and although it sounds like a parody, Rare Exports is a smart, twisted fantasy adventure which is more revealing about the traditions of the Santa Claus mythology than anything ever made by Hollywood. 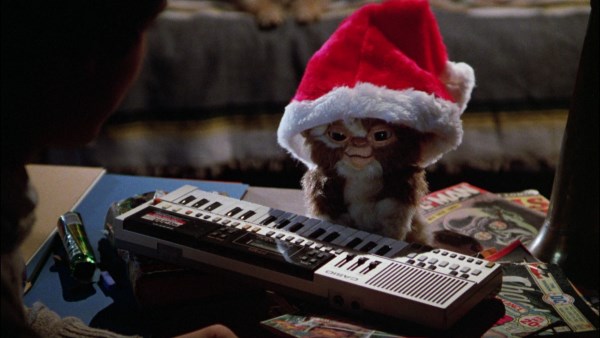 Gremlins is another Christmas horror which completely embraces the holiday. Director Joe Dante fills the fictional snowy small town of Kingston Falls with so many twinkling lights, warm log fires and holiday decorations that it’s hard not to feel all festive even when the town is overrun by Gremlins. The movie has plenty of fun with the holiday setting – a group of the creatures are seen squawking out carols as they stand around a burning trash can, Phoebe Cate’s unforgettable monologue about why she doesn’t like Christmas – but it doesn’t lampoon the festivities. A horror comedy creature feature may be an unconventional choice for the season, but few films look and feel as Christmassy as Gremlins.

Die Hard may seem an obvious choice for those who have always relied on John McClane for their festive cheer, but the action classic is by no means a conventional Christmas movie. You won’t find any reindeer or Father Christmas in sight (the closest you get is a dead German jammed into an elevator wearing a Santa hat) and the film’s choice of festive music is the decidedly untraditional Run DMC’s “Christmas in Hollis”. However, what you do get is Bruce Willis taking down a group of Grinch-like German terrorists who have besieged Nakatomi Plaza on Christmas Eve. John McClane saving Christmas with a machine gun and a dirty vest is the gift that keeps on giving.