If there is one subject that has many conspiracy theories, it’s aliens! Is there other life in the universe? And have the aliens ever visited the earth?

10. Project Blue Book and the Majestic 12

Both of these names represent committees allegedly set up by US authorities to ascertain for once and for all if UFOs are real and, if so, whether they pose a threat to national security. The Majestic 12 (also known as the Majority 12 in some sources) was claimed to have been set up in 1947, presumably hard on the heels of the Roswell incident. However, all the ‘paperwork’ regarding MJ12 only came to light in the 1980s and impartial authorities have declared it to be faked, leaving the overwhelming impression that there never was any such group of people… Project Blue Book is a little more solid, evidence-wise. It was preceded by two previous studies Sign (1947, which would clash with the apparent set-up of MJ12) and Grudge (1949). Both of these earlier studies agreed that there were unidentified flying objects in the skies, but could give no clear answer as to their origins either way. Project Blue Book did somewhat better, gathering information and notes on some 12,618 sightings (the largest known instance of data-gathering, even today). In almost every case, a reason was found for the sighting and these ranged from unusual weather conditions, glimpses of stars or even the actions of human aircraft, including some secret tests on brand new technology-laden craft. With such a large body of data, it is not surprising that there were a few sightings that could not be scientifically explained away and these few cases are all available under the Freedom of Information Act, albeit with the names and addresses of the witnesses redacted. Even after the closure of Project Blue Book, all reported of any unexplained or unusual activity is collected by the US Air force. Despite claims to the contrary, the US Air force does not supress any true encounters with aliens… 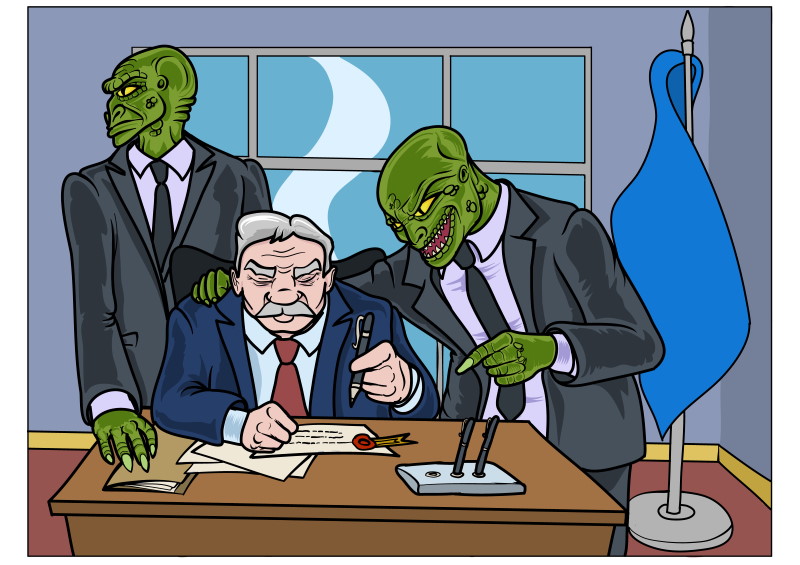 The brainchild of slightly obsessive conspiracy theorist David Icke, reptilians are shape-shifting aliens who live among us – ruling over many of us, if Icke is to be believed – taking on human form in order to blend in better. A quick internet search brings up a wealth of images showing Queen Elizabeth, Bill Clinton, Barrack Obama and many, many other prominent figures with shadowed areas ‘showing’ their scales. The idea of snake-faced reptiles that could assume human faces could first be found in the fiction of Robert E Howard (who also brought us Conan the Barbarian) but Icke was seized by the idea and ran with it, creating an elaborate dystopia in which the rest of the population are entirely bamboozled and under the thumb of their reptilian overlords… 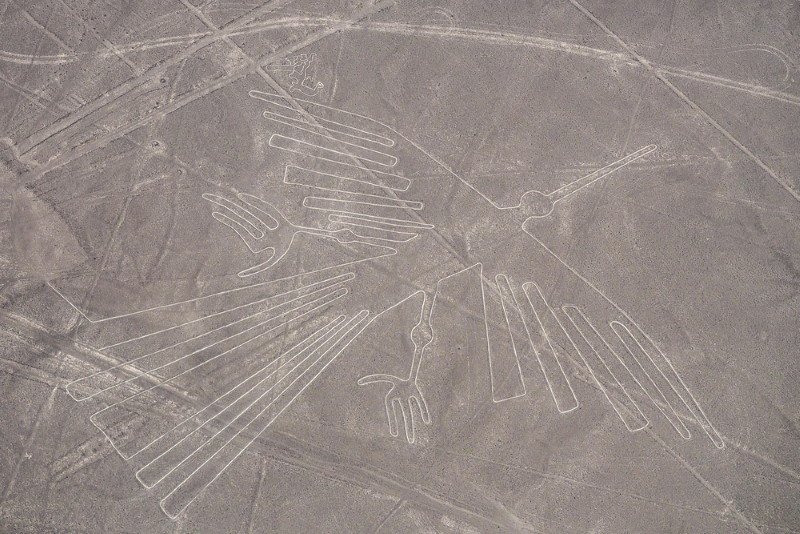 The Nazca Lines in Peru are immense, shallow drawings sketched out on the desert floor, serving no particular purpose but infusing the viewer with wonder at their skill in laying out such huge images without any place high enough to see the whole picture at any one time. This has led to speculation that the ancient people responsible for the drawings may have had some primitive form of flight, such as gliders or balloons from where they could see the pictures. However, ufologists have seized upon the immense drawings as ‘proof’ of alien activity, saying that of course it must have been aliens as people could not fly back then. The aliens, the believers say, left the images as a promise to return, as directions to their own future generations, or as a message that we humans cannot yet understand, but one day, it will all become clear. 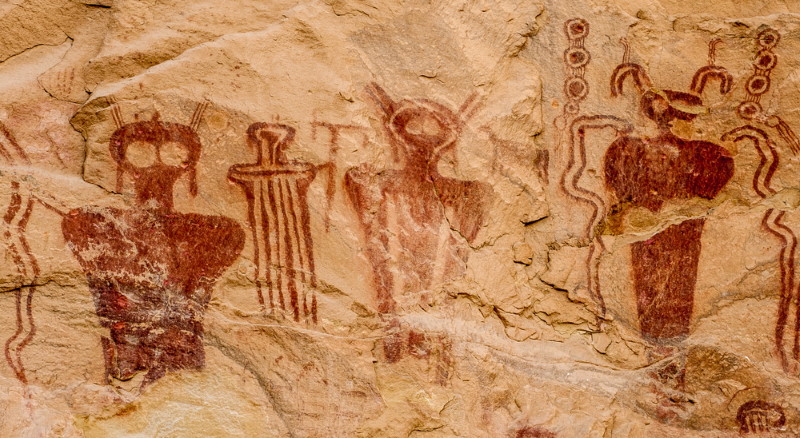 A popular belief amongst a small and earnestly intense group of people, and one that does not give ancient humans very much credit at all, is the one that all the ‘wonders’ of the world (Stonehenge, the Pyramids and so on) were actually built by ancient aliens who came to earth for some unknown reason, deciding to put up some monuments whilst they were here, before leaving again and eradicating every trace of their presence when they did so… The basis for this belief is the rather unflattering assumption that modern humans are ‘much’ brighter than primitive peoples, and therefore, as we would struggle to either build the pyramids today or even raise the massive stones that form Stonehenge (and this is before we examine the incredible alignment with the solar system that these buildings demonstrate!), they must have been built by aliens, using space-age technology. Of course… 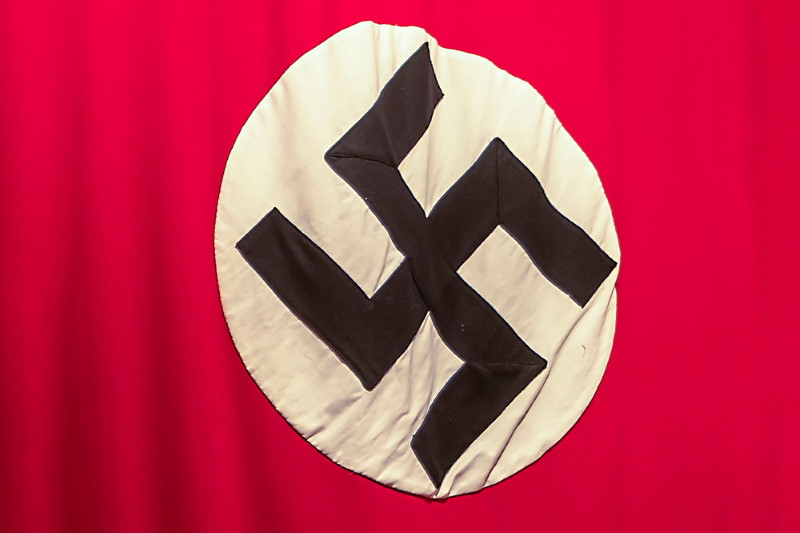 There are several theories that comprise the umbrella theory of Esoteric Nazism or Esoteric Hitlerism. Most of them include, somewhere in their depths, the belief that the Aryan race (those with blue eyes and blond hair, which did NOT include Hitler himself!) is descended from an alien race. This alien-hybrid race is beautiful, intelligent and clearly a million miles ahead of the rest of the humans which makes it absolutely fine for them (they alien-hybrids) to experiment on, eradicate or otherwise treat poorly, the other humans who little more than bright cattle in their eyes. (There is also a branch that mentions the connections of Nazism to the Hindu caste system, claiming Hitler himself to be the 10th incarnation of Vishnu…) 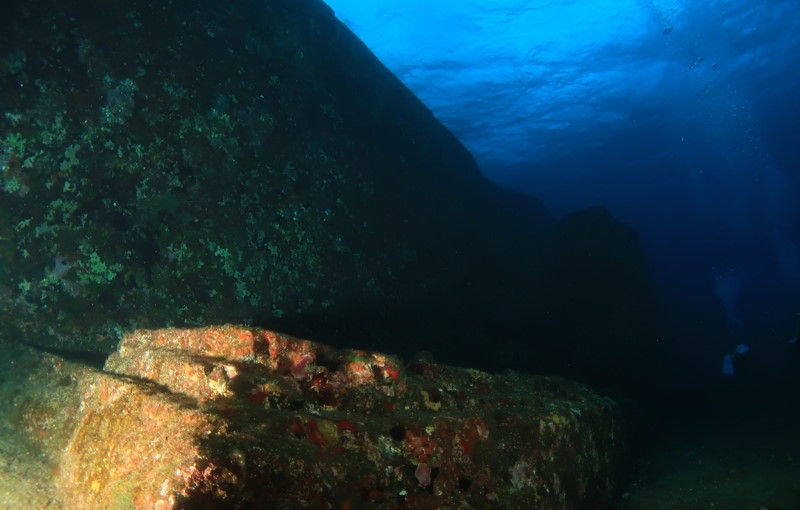 Off the coast of japan is an immense underwater formation that looks strikingly like a pyramid: one far older than the Egyptian ones, with plenty of squared edges and straight lines, two things said never to occur in nature. Despite several plausible and scientific explanations (mostly to do with the seismic activity in and around the Japanese islands) which clearly demonstrate that nature can in fact break rocks in even layers, alien aficionados have seized upon this magnificent site as being ‘proof’ that aliens have visited our planet and built stuff before leaving again. 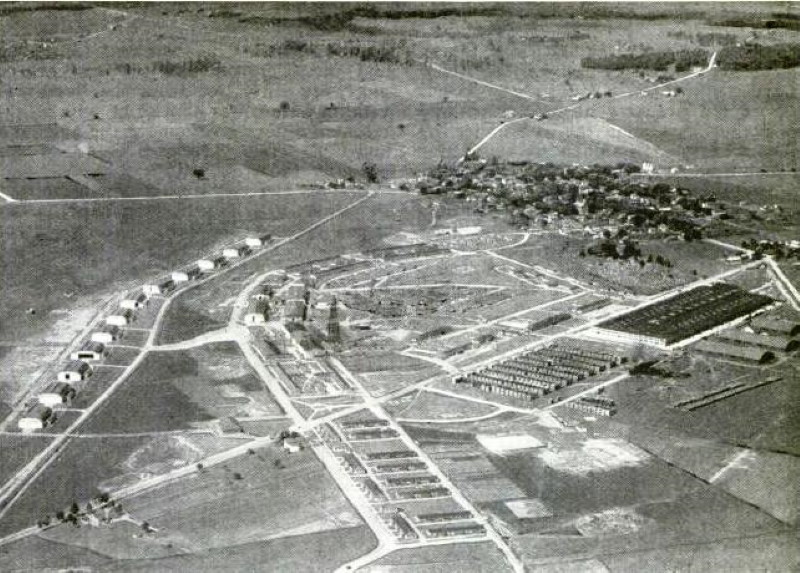 The Wright Patterson Air Force Base comprises two air fields and is the largest US Air Force base. In the late 1940s and 1950s the base became associated with aliens, UFOs and rumours of mysterious locked rooms into which few people were allowed… When Projects Sign, Grudge and Blue Book were in play, these rumours grew ever more clamorous. The story is given a mere hint of confirmation with the anecdote of Senator Barry Goldwater claiming to have asked to see what was inside the sealed hangar and allegedly being told, by General Curtis LeMay, ‘Not only can you not get into it but don’t ever mention it to me again!’

The Dulce Base is unique on this list as no-one can confirm whether it exists or not! It is alleged to be a secret military site in Mexico, underneath the Archuleta Mesa, near the Colorado-New Mexican border. The base takes its name from the small town nearby. In 1979 a businessman by the name of Paul Bennewitz claimed that he was intercepting communications between a spacecraft and a base somewhere in the Albuquerque area. The tale caught on and spread like wildfire within the ufologist community and others soon claimed to ‘know’ about the base with the reptilians even making an appearance there. It is now thought that there is, in fact, a secret base in that approximate area, but that it was to house secret Cold War missiles rather than anything from outer space. 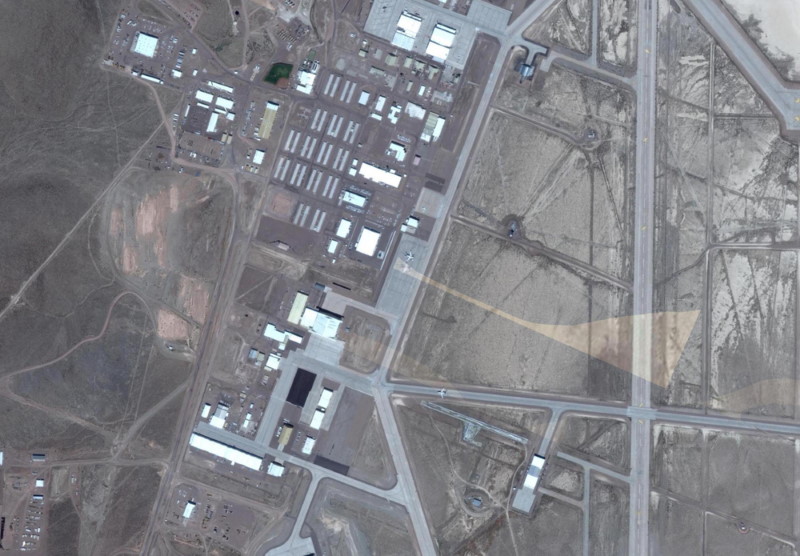 Many people uninterested in UFOs and aliens often confuse Area 51 and Roswell, believing that Roswell was where the aliens supposedly crashed and that the whole area was then renamed ‘Area 51’ and made off limits for the general public. This is untrue, and in fact, Roswell is in one of the southernmost states, New Mexico, while Area 51 is some 800 miles north and west, in Utah. The confusion arose partially from the belief that debris and alien specimens were taken to Area 51 from Roswell and partially from the intense secrecy surrounding the base and its operations. Until July 2013, the US army refused to release any information confirming the existence of the base, let alone announcing the purpose of the facility. The more mundane truth of the matter is that Area 51 is, apparently, a testing base for new cutting-edge aircraft and military inventions, many of which that could be extremely valuable on the black market or to America’s enemies: this explains the need for its top secret classification and also explains many of the strange ‘phenomena’ witnessed near the area. Odd lights, faster than expected aircraft moving in unusual ways and various other noises, sightings and incidents can be explained away with the idea that new and unusual, but very definitely human, technology is at play. 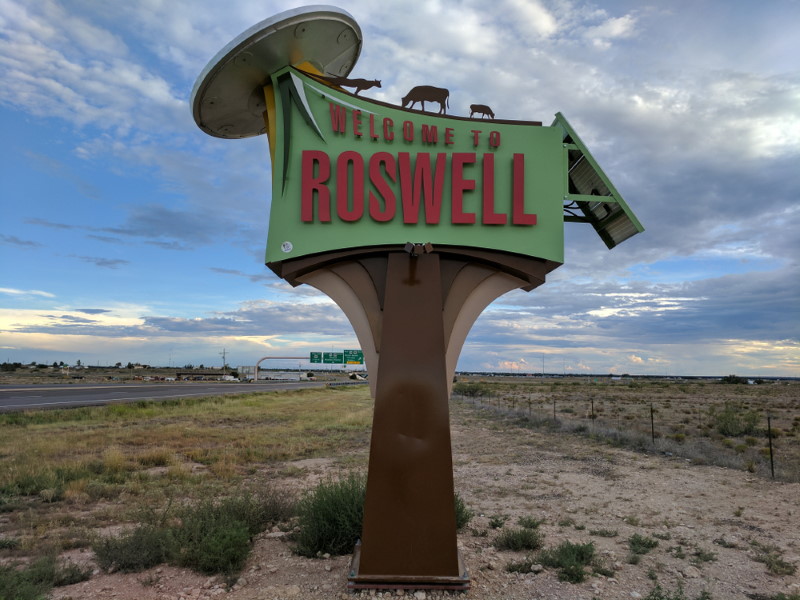 On the evening of 2nd July 1947, a ranch foreman, Mac Brazel found what appeared to be the remains of some type of aircraft. He had a companion with him, the son of the neighbouring farm’s owner, Timothy Proctor. As they examined the debris, much of which seemed unfamiliar to him, being very light, but astonishingly strong, Brazel recalled hearing a noise like an explosion the night before. He had not gone out to see what it was as a rain storm was on-going at the time, although he was certain that the sound was not that of thunder. The official story was soon put about that it was the remains of a weather balloon. Doubts about this official tale were raised as early as the 1950s and one reporter attempted to investigate the event, only to find that all the witnesses had been sworn to silence… With the passing of twenty years, lips slowly loosened and two independent witnesses came forward: one to tell of the witnessed ‘killing’ of the story as it was in the process of being teletyped, the other, retired Major Jesse Marcel stated that the material was ‘of an unearthly origin’. He was in a unique position to make that statement, having been in charge of the initial recovery operation. From this tale and a small area of debris a wealth of alien and UFO legend has grown up around the area and Roswell remains something of the holy grail for ‘ufologists’.