In the animal kingdom you encounter the most diverse and bizarre creatures. Some animals, however, know how to hide their characteristics. For example, tongues with anabsurd size or remarkable function. Many animal tongues look dirty and slimy, but they play an important role in gathering food. Here is a list of the most bizarre, extreme and unique tongues in the animal world. 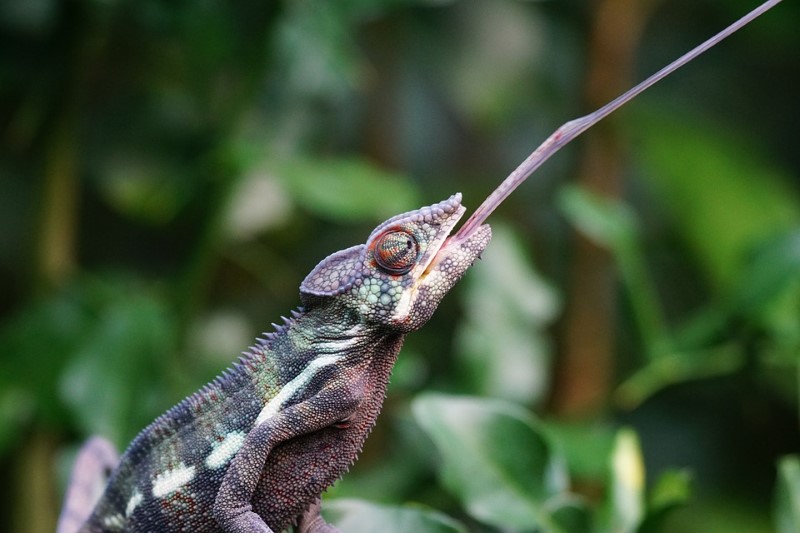 Chameleons are one of the most extraordinary animals on earth. Not just because their skin color can change; they also have eyes that can look in almost any direction, and a tongue that is twice as long as their body! Chameleons use their tongues to hunt animals by shooting them out of their mouth at lightning speed. 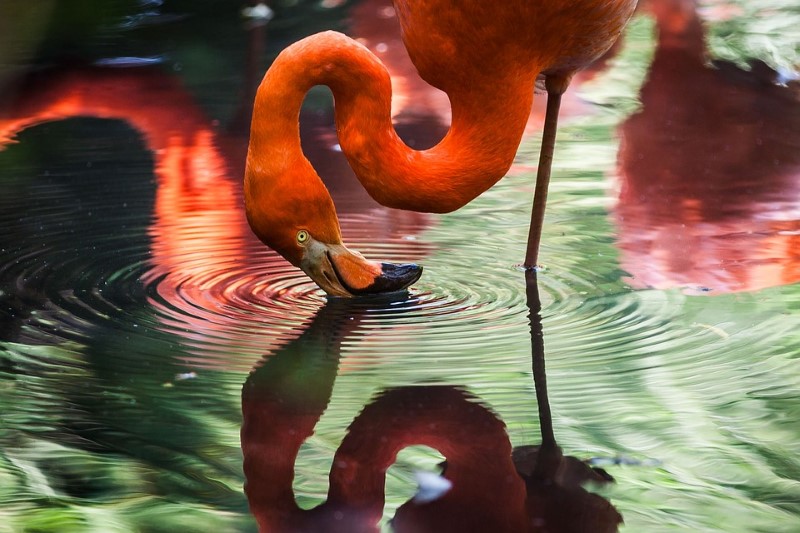 There are several reasons why the flamingo tongue ended up in this list. First, the tongue has an unusual function, because of the spiky structure on their tongue, they can filter their food just like whales. But even stranger, scientists have discovered a erectile tissue on the tongue of the flamingo, simular to a penis. While eating, this tissue fills with blood and becomes stiff. As flamingos eat upside down, researchers think this swollen tissue helps stabilize their heads. 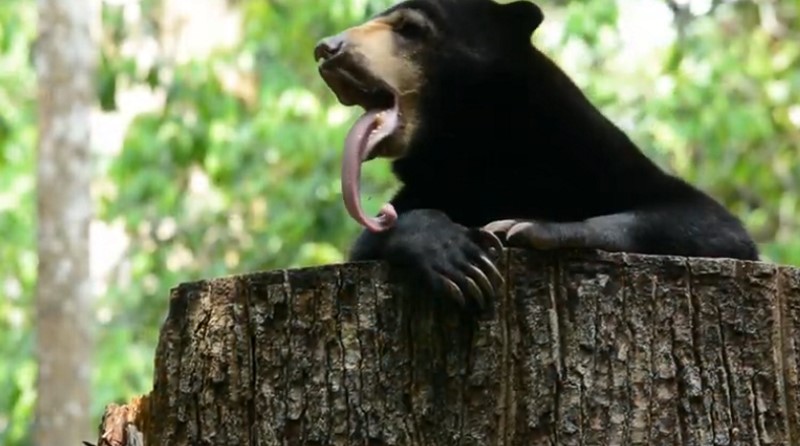 A Sun bear tongue can reach a length of 15 centimeters. Nice and handy of course to reach honey and insects from the cracks of tree trunks. Another striking feature of the honey bear is its yellow or orange-colored snout. As if he was sitting with his nose in a jar of honey. Or does he have that too?


Lungless salamanders – Tongue with the most force 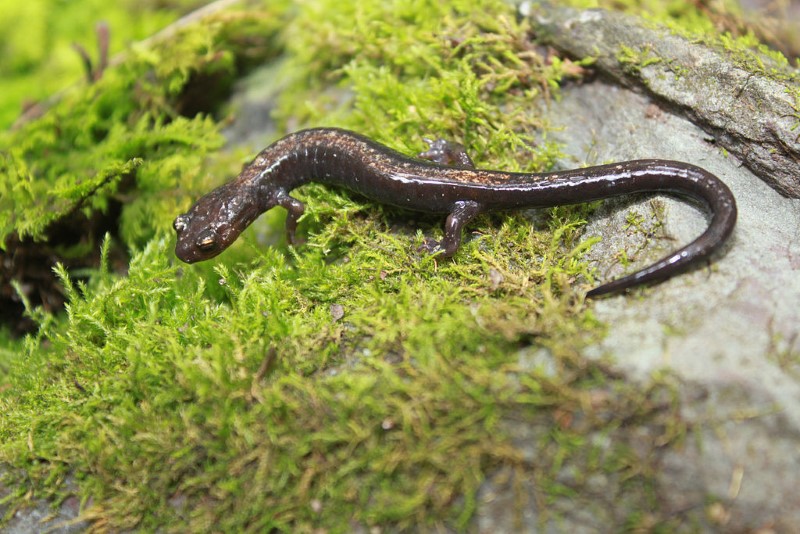 The most explosive tongue that you can find in animals is that of the lungless salamander. This little animal uses more force with its tongue than all other muscles that are known in the animal kingdom. He can shoot his tongue out with 18,000 watts of power per kilogram of muscle. This is almost double the capacity of the previous champion, Colorado River toad. He can extend his tongue by more than half his body length in about 7 milliseconds, or about 50 times faster than an average blink of the eyes. 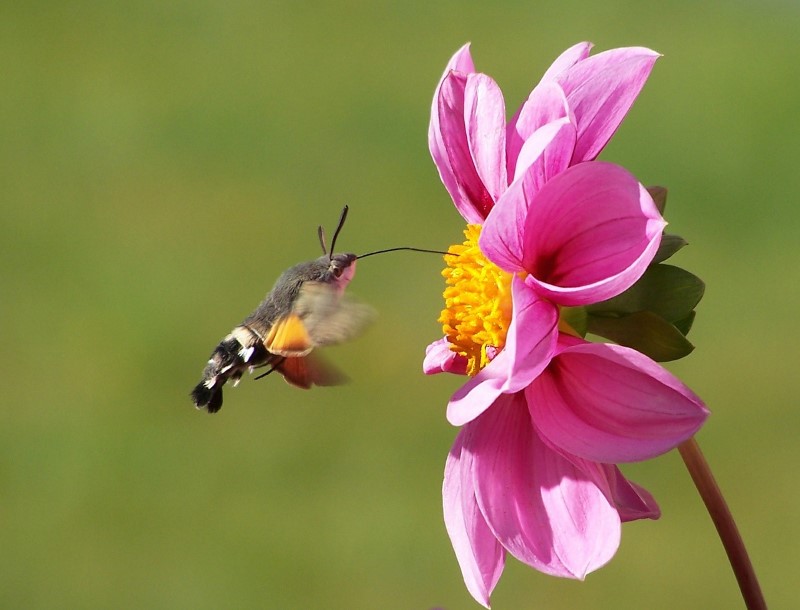 Thanks to their unique tongues, hummingbirds can eat nectar with great speed. The elastic energy that is released when using their tongue works like a kind of micro pump, with which they can gulp in nectar. 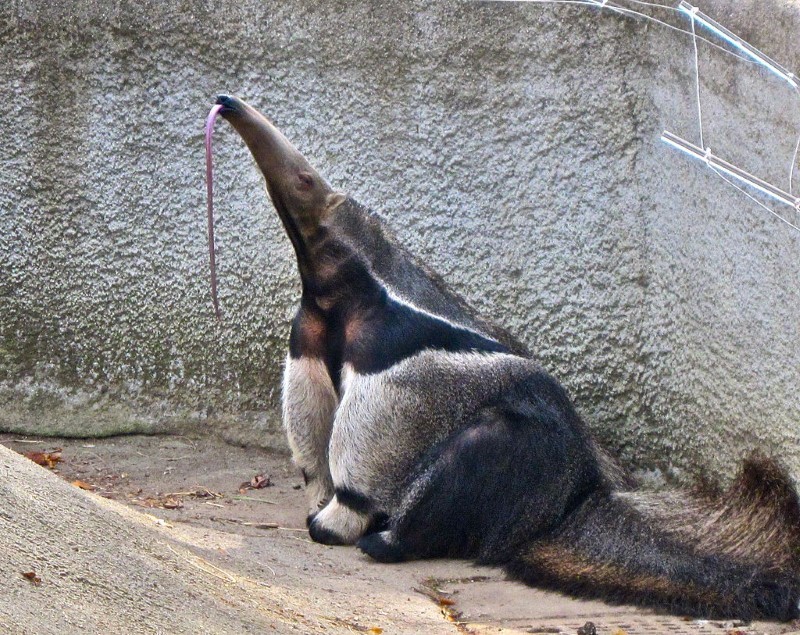 The giant anteater, also called the ant bear, feed itself with a diet of ants and termites. This bizarre-looking mammal is able to smell its prey and can break into anthill and termite mounds with its huge claws. The length of their tongues can be as long as 50 centimeters and are incredibly sticky. This allows them to enter many insects in one go.

Alligator snapping turtle – small pink tongue to use a bate 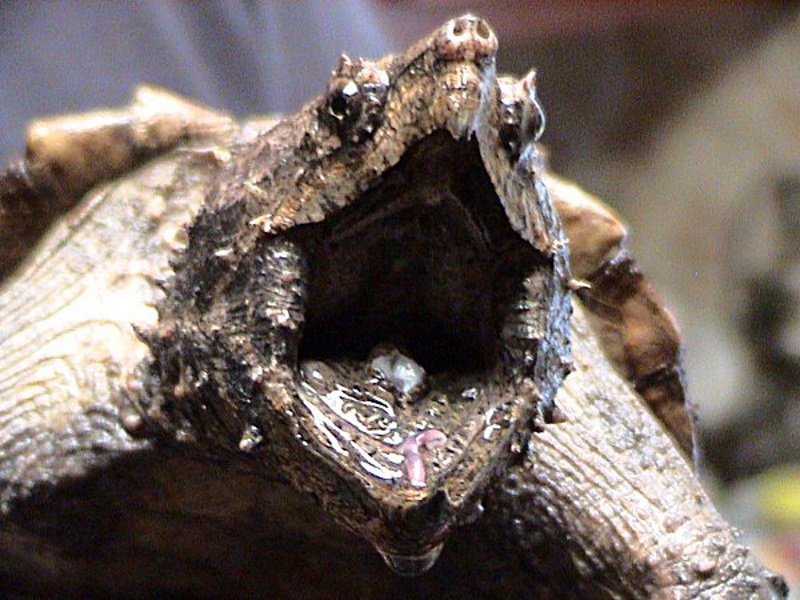 This frightening sea monster has a small bright pink tongue that looks like a worm, very tempting for fish. As soon as a fish approaches to investigate, the turtle will close its powerful jaws. This American species is the largest freshwater turtle in the world and can grow into a weight of no less than 75 kilograms. 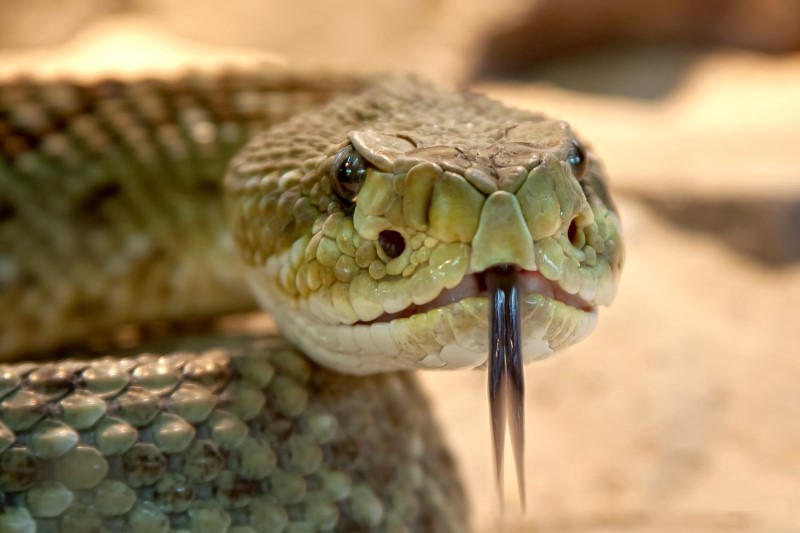 Did you know that snakes use their tongue as a sense of smell? When a snake sticks out its forked tongue, it is actually busy absorbing odor particles in the air. They use this sense of smell to find prey, avoid predators and find friends. Males can even determine whether a female is ready to mate based on this odor. 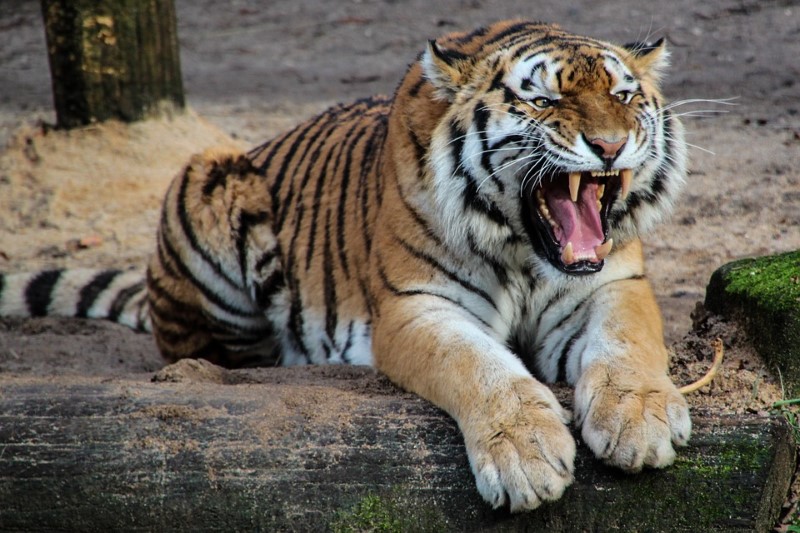 Tigers have a tongue with a very rough structure. That way they can subtract the meat from the bones. They can also easily remove the skin and feathers from their prey. Their meals taste just that little bit better.

Pangolin – long tongue is rooted near the pelvis 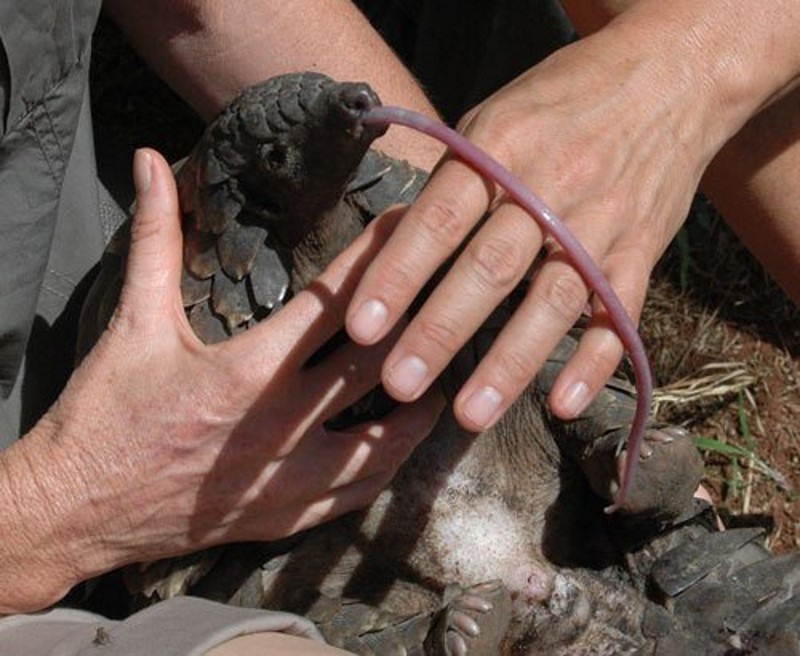 Pangolin are a seriously endangered mammal that are extensively threatened by extensive hunting due to their scales. It is wrongly believed that the scales have a healing effect. The cuticle of these animals is, in any case, immensely popular in the interior of China, where superstition still exists. These armored creatures feed on insects through the use of a long, thin tongue, just like the anteater. The strange thing about these animals is that their tongue is not rooted in the mouth but near the pelvis. The tongue can protrude about 10 centimeters from their mouths. 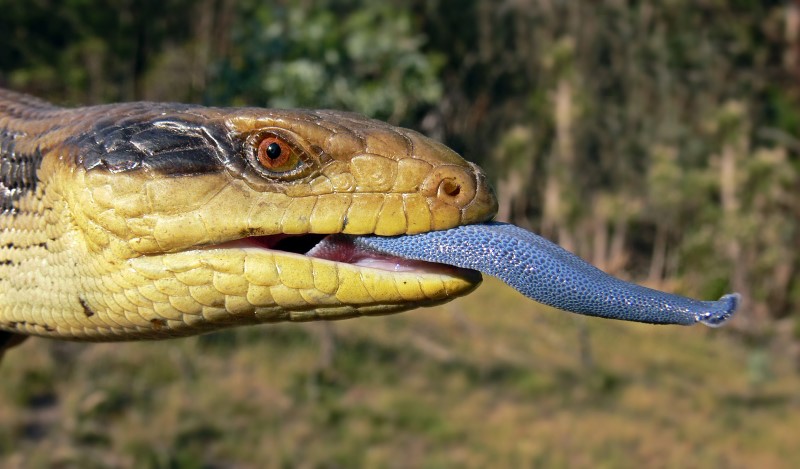 The blue-tongued skink gets its name from its striking blue tongue. The unusual color serves as a deterrent to keep predators away. When they are threatened, they open their mouth wide open, in which their blue tongue stands out against a bright pink mouth. These bright colors in combination with a hissing sound are a clear signal for most predators to leave the skink alone. 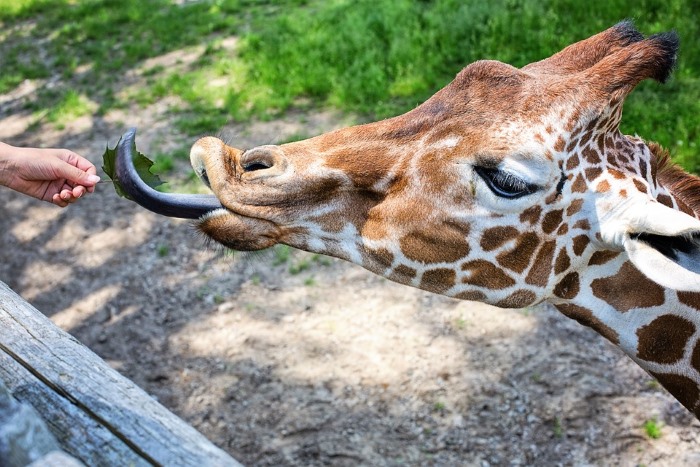 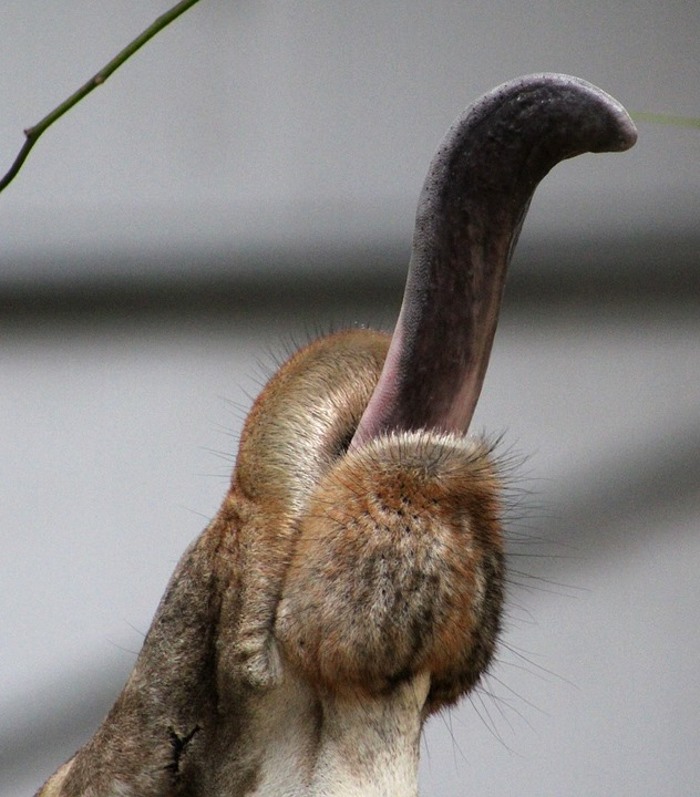 Nnot only the long neck is a characteristic of the giraffe. Their tongue also has a remarkable length of almost half a meter. This flexible and muscular tongue comes in handy when eating leaves on tall branches. Another striking feature is the dark purplish color, which is thought to be used to prevent sunburn. 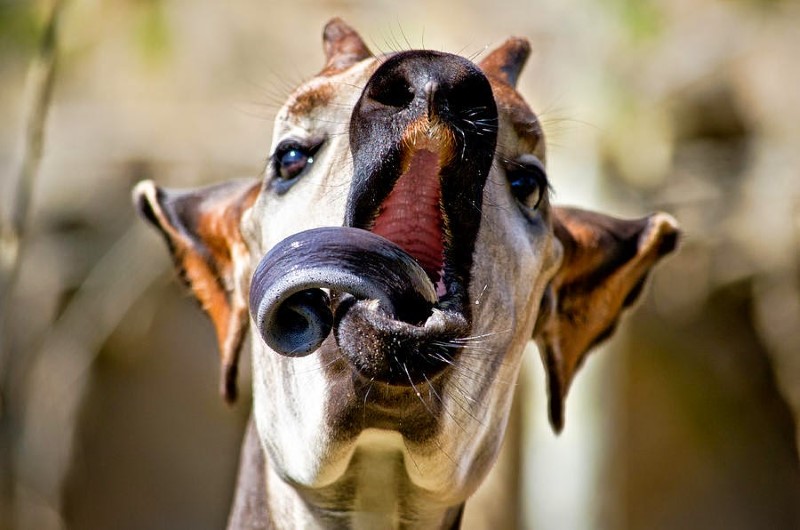 Okapis are strange looking creatures. Just like the giraffe, they have super long, tangible tongues that they use to collect leaves. Moreover, because the tongue is long enough to reach their eyes and ears, they can use it to thoroughly care for themselves. The animals have a skittish nature and were only discovered at the beginning of the 20th century.

Blue whales are the largest animals on earth with an awesome big tongue. The weight can easily reach 2.7 tonnes, an absolute record in the animal kingdom. That is about as heavy as a full-grown elephant. Blue whales eat thread-like plants, which they have to swallow in huge amounts to feed themselves. They use their giant tongues to push the excess water out of their mouths, leaving only the tasty plant paste.