WWI started by the assassination of Archduke Franz Ferdinand of Austria and people today agree that there was no need to call a global war for such a reason. The aftermath of this small conflict was millions of dead soldiers and civilians, crippled economies and eternal pain all over the world. Now, let’s face it, war is the last thing any nation would ever wish for because everyone loses at the end of the day. As more people struggle to find diplomatic solutions to conflict today, there are still some wars that the world finds hard to forget. These 10 wars started for what everyone would consider the most pointless reasons of all time. 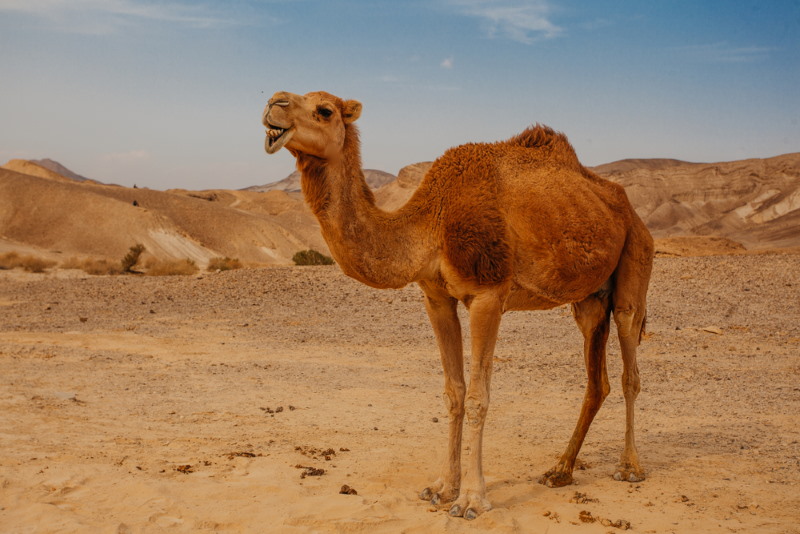 The Basus War broke out between two ancient tribes in Saudi Arabia. It started as a result of the killing of a camel belonging to a man named Saad Bin Shams who was a refugee under the protection of a woman named Albasus . His camel had wandered off to be with other camels which belonged to another tribe. Albasus’ nephew was the leader of the Bakr tribe while the other camels were owned by a rival tribe, Taghlib.
The war began when the chief of the Taghlib tribe killed the camel after he realized it wasn’t one of his own. When Albasus’ nephew found out, he killed the chief of Taghilib. This sparked a war between the two tribes which lasted over 40 years with countless deaths.

9. The war of the Golden Stool. 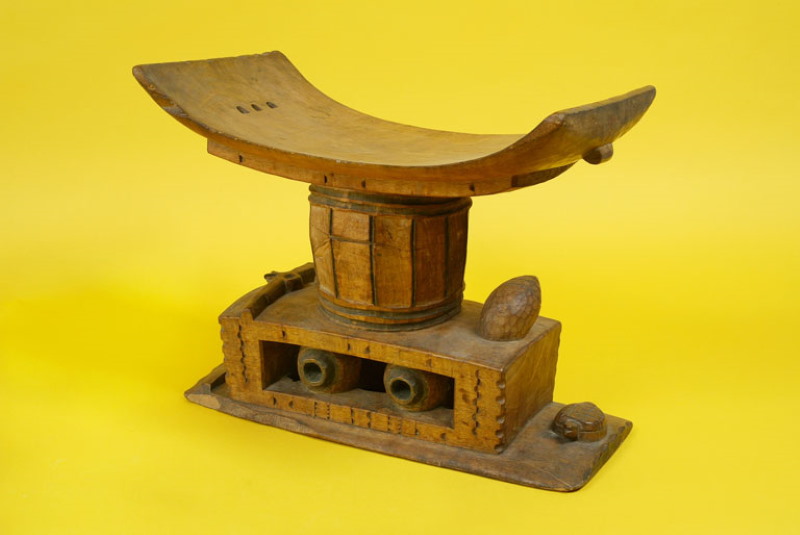 The Golden Stool was the Royal throne of the Ashanti people and was believed to hold the spirits of the Ashanti Empire. It was highly revered, only a few people got a chance to see it let alone sit on it. The Ashantis are inhabitants of the Western Coast of Africa which is present-day Ghana. Back then, in the 1900s, while the Ashanti chief was in exile the British were trying to colonize their land and with it, came an attempt to colonize the golden stool.

On March 25th, 1900, British Governor Sir Fredrick Mitchell Hodgson, demanded to sit on the stool and also wanted to take it back to England and give it to the queen. The Ashantis felt so disrespected that the chief’s mother herself mobilized the people to retaliate in a war that lasted 3 months leaving score dead on each side of the conflict. British forces later prevailed after requesting heavy reinforcements. The aftermath of the war resulted in over 1000 soldiers dead and countless civilians losing their lives.

8. The Battle of Karansebes

The Battle of Karansebes was a stupid bar fight that caused the Austrian army to kill thousands of their own men. On September 17th, 1788 during the Austria-Turkish war an Austrian army troop of 100,000 men set camp near the town of Karansebesh. A group of army scouts crossed a nearby river to make sure the enemy was far from their camp. The scouts met a group of gypsies who had a lot of local alcohol which they highly admired and of course, a few drinks were shared. It was at this time that other the soldiers showed up and demanded their share of the liquor of which the scouts refused and of course a brawl ensued.
Shots were fired as a result of this simple bar fight and thinking it was an enemy invasion, the soldiers came in shouting ‘The Turks!’ which was made worse when the German-speaking soldiers shouted “Halt!” which sounded like “A lot”. The fight woke the rest of the camp who joined in the battle. By morning 10.000 soldiers had been killed by their own men! 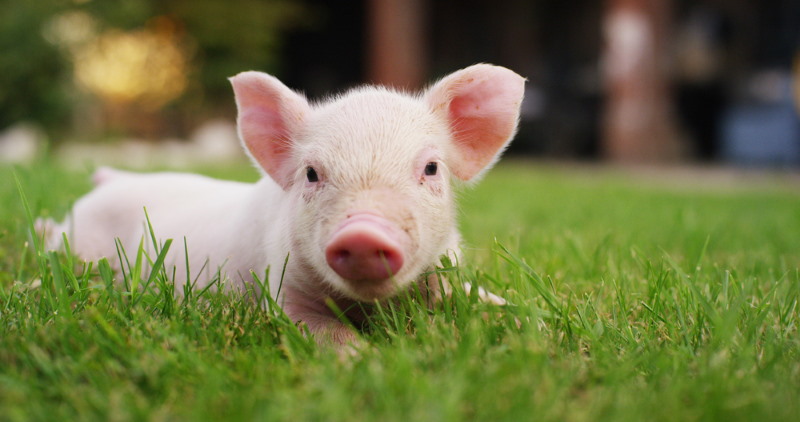 Today, Americans and Britons are friends but the case was very different over a century ago. The San Juan Island is located between Washington and Vancouver but the ownership of the land was never clearly defined by the United States and the British. In the early 1800s, the British-owned Hudson Bay Company set up a sheep ranch on the island. Later on, in 1859 American settlers showed up thinking it was their land. This led to high tension between the two neighboring camps as each claimed ownership of the ranch.

On June 15th, 1859 an American found a pig digging in his, shot it for causing damage to his property and of course angered the Britons across the bay. When the police tried to arrest the American, he called for military support because he was being harassed by a foreign government leading to a diplomatic standoff. By August, 5 British ships with over 2000 troops were face to face with Americans Troops at the coast armed with ready cannons. Luckily each camp gave an order only to fire when fired upon and of course none fired. Both camps were locked in this stalemate that lasted over 6 weeks, the tension lasted over 12 years until America took control of the island.

6. The war over Jenkins’ ear

Yes, a war was fought over a man`s ear In 1731. The Spanish ended with a treaty that allowed British traders to take 5.000 tones of goods and as many slaves as they wanted from Spanish colonies, something that left the French really angry. It wasn’t really a peace treaty because the two regions were at war most of the time. In 1731 Julio Fandinho the commander of a Spanish coastal guard boarded a British ship and accused Robert Jenkins, the captain, of smuggling and as a punishment cut the captains ear.
In 1738 the British parliament held a hearing about the issue. Jenkins brought his detached ear to the hearing which further infuriated the Brits to the extent they declared war. 407 British ships and 186 Spanish vessels were lost and over 24.000 soldiers were killed in the war that proceeded this hearing with no winners on either side. 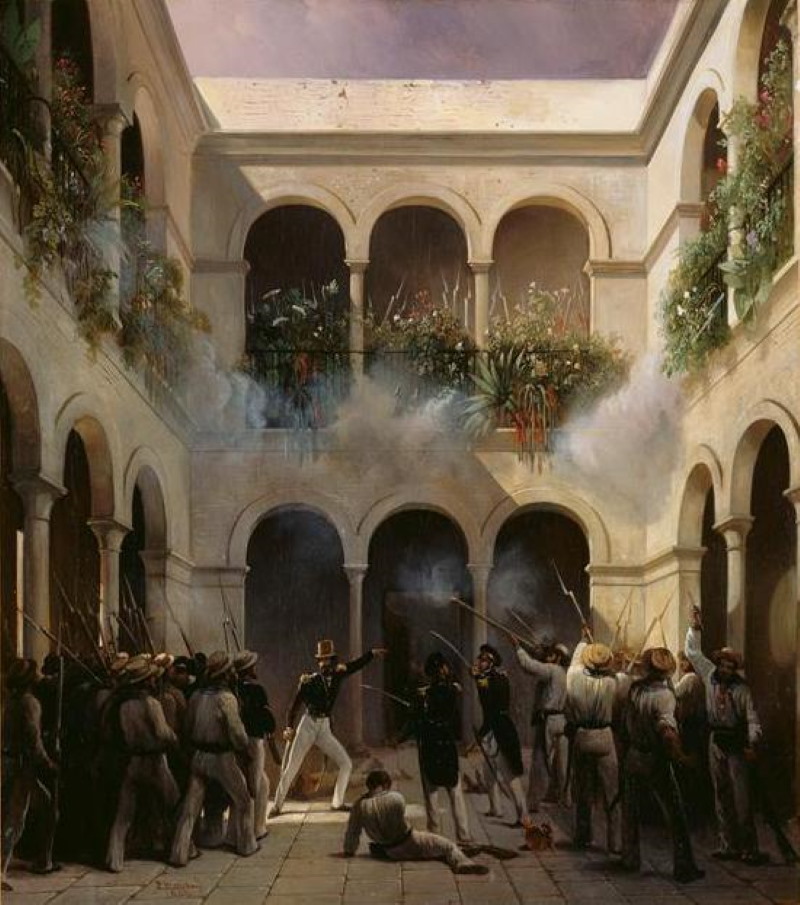 In the late 1830s, the French and the Mexicans got involved in this ever-regretted war, over the most stupid thing, Pastry. The French government was already angered of Mexico’s inability to pay its debts. The diplomatic tensions made it difficult for French and Mexican citizens to co-exist which meant that conflict was very common. In 1838, a French pastry chef issued a complaint to the French government regarding the looting of his shop.
He claimed that his shop in Mexico City which had been looted was worth 60,000 pesos. The king of France gave him full support. He demanded that Mexico pay the money, Of course, Mexico refused and war was declared. France sent a fleet of warships leaving over 120 people dead and over 180 people injured. The US later called the two nations to negotiate. The trader was given his 60,000 Pesos after the negotiation. 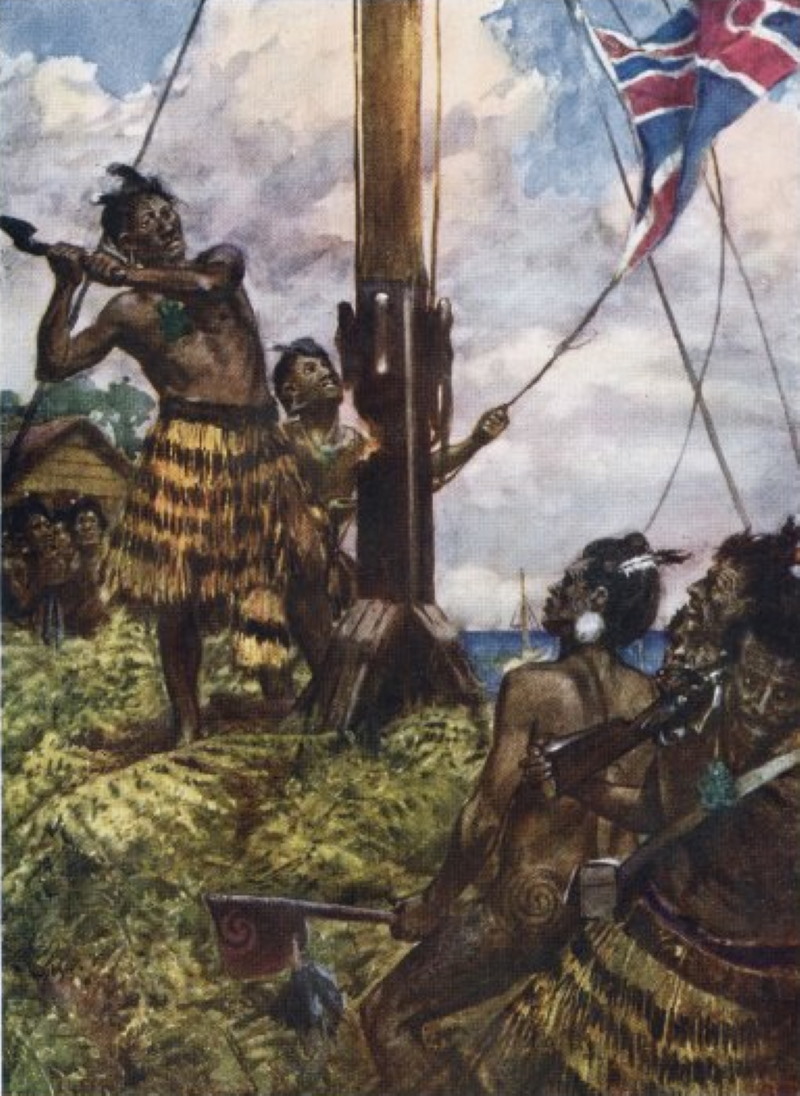 The Flagstaff war was fought between March of 1845 and January of 1846 in New Zealand. On 6th February, the signing of the Treaty of Waitangi allowed the British to legally occupy New Zealand which wasn’t favored by the local tribes. The British began to take more control and moved the capital from Waitangi, on the Bay of Islands to Auckland. This was extremely upsetting to the Maori tribe which had signed a deal to retain their independence.

As the region lost out on huge revenue because of the move, they build up support for a rebellion against the British. On July 8th, 1844, supporters cut down the flagstaff that flew the union jack on Maiki Hill but it did not take long before the British put up a new flag, which was cut down again. In, six months, the pole was cut down and put up three times. This went on for some time until 600 armed Maori tribesmen stormed the city and fought the British who despite being outnumbered, won the war.

3. The Battle caused by the late arrival of News 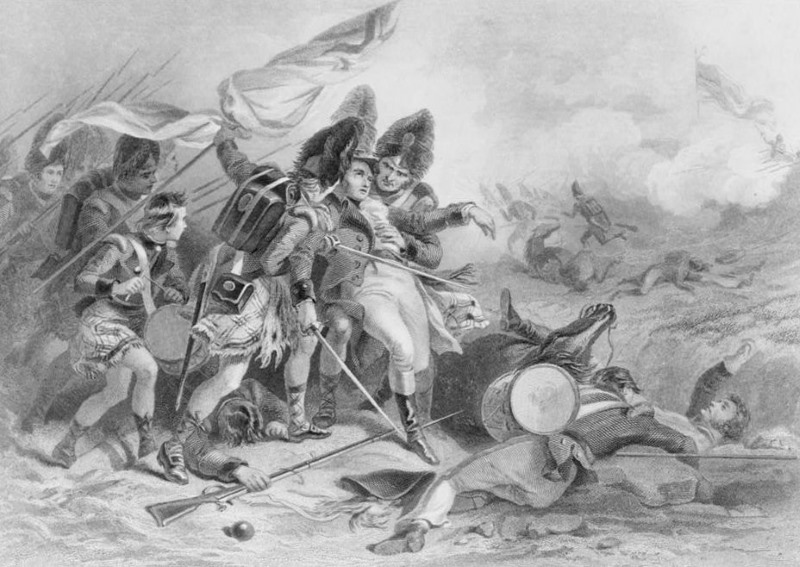 This was another war between the United States and Britain over New Orleans but not necessary as you may imagine. The British forces had their way down to Louisiana with the hope of taking New Orleans on January 8th, 1815 despite the signing of a peace treaty giving control to the US. The British forces met massive resistance from the United States at the border in a war that lasted over a week. However, they came to learn the war was totally unnecessary since a peace treaty had been signed on the 24th December of the previous year, only that news took a long time to travel those days. 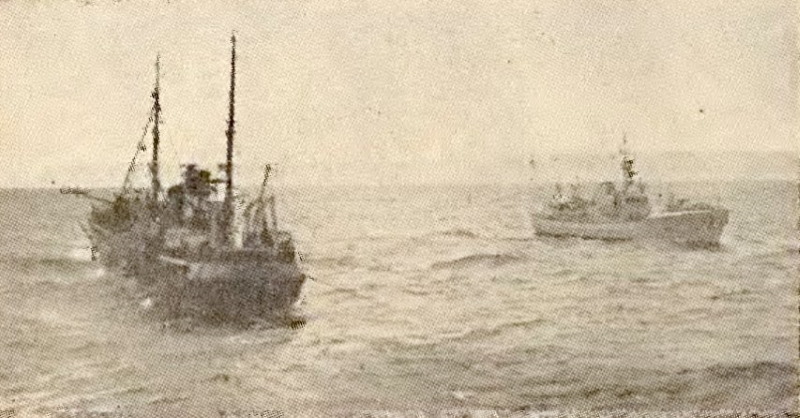 This is not the cold war, No! it was the war between Britain and Iceland over a few hundred meters of fishing territory. In 1958 Iceland claimed they had exclusive fishing rights over territory, 19.5 kilometers off their coast. The British were not very pleased with this since it was 6.5 kilometers more than what they had agreed before. Tensions started rising between the two sides as the captains started throwing shipping cods at each other. It escalated further when Icelandic patrol tried to board a British ship but were chased off by axes.
Iceland even tried to blast a British shipping boat but they were also chased away by a bunch of British Naval boats. By the end of the conflict, Iceland had 6 navy ships and coast guard vessels up against a large force of the British Royal Navy. It wasn`t until 1986 that the British, after being internationally mocked and losing a lot of money on military expenses, decided to quit and let Iceland keep their waters. 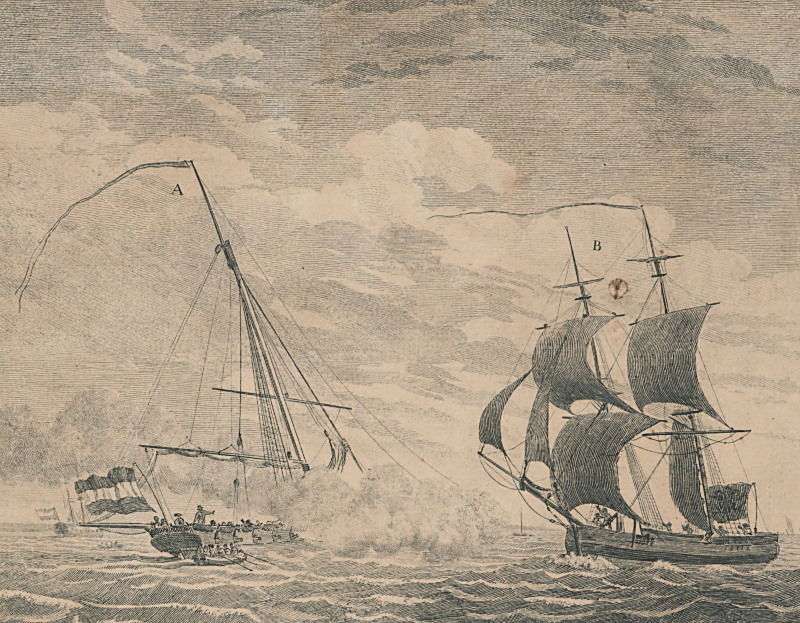 This is one of the most interesting wars in history as the Holy Roman Emperor declared war on the Netherlands over a kettle of soup. This war took place in the Netherlands in 1784. At that time the Netherlands was split into 2 territories the Northern Netherlands and Austrian Netherlands which was backed by the Holy Roman Empire. Since late 1500s the Northern Netherlands had blocked trade ships from using the Scheldt river to access Austria-controlled Belgium. In 1784 the Emperor decided to send 3 ships up the river not expecting the Dutch would notice them coming. However, they were mistaken. They were spotted and tension started running high. A Dutch warship fired a single shot hitting a kettle of soup aboard the Roman ship. This alone caused his army to surrender. The emperor tried to reclaim himself by declaring war on 30th of October 1784 but no one took him seriously because it was just a pot of soup!