There was a time when a sword considered the Queen of the Weapons. This is true to quite some extent, as over the ages, a sword has possessed the beauty in its forms and the art of adorning it. A lot of skill and sophisticated knowledge was required to make a sword. In addition, a good amount of skill and knowledge was required to wield a sword efficiently. It is safe to say that swords have had quite an extensive history and has evolved and morphed into many forms. Therefore, swords are classified into various groups and subgroups, the list is endless.

Here we will be discussing some popular and most known types of swords. We will be talking about their history and uniqueness. 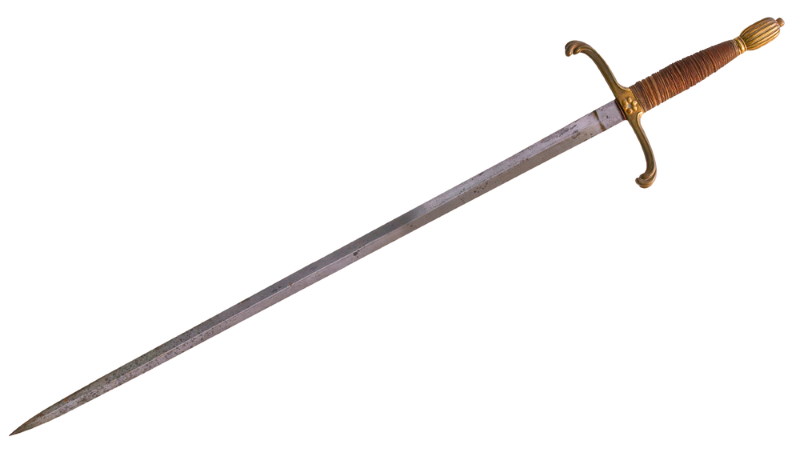 The Bastard Sword is also known as a longsword. This is a European style sword, which is distinguished by its cruciform hilt that is held by two hands, and a straight double-edged blade. this sword was most used in the late Medieval and Renaissance periods, i.e. 1350 to 1550, the early and late use fell in the 13th and 17th century. The name Bastard sword was used in the late medieval and Renaissance period. For a sword to be a bastard sword, it has to be between 33 inches to 43 inches. 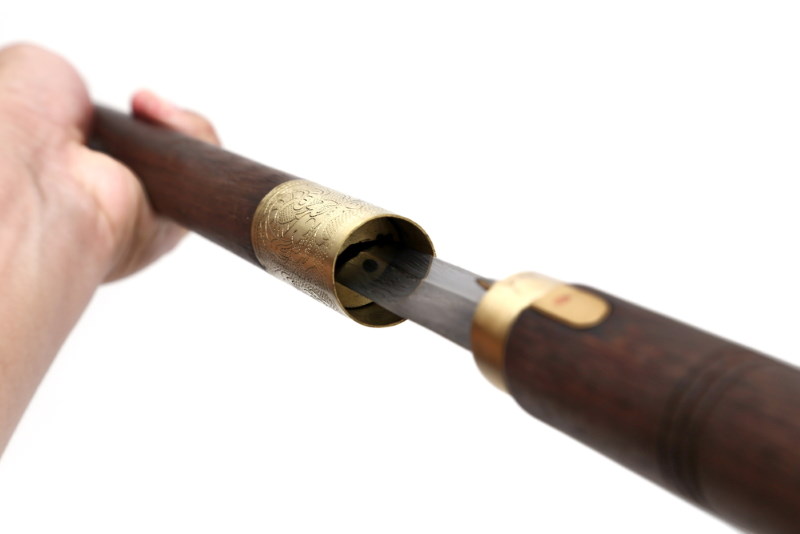 Cane swords a.k.a. swordstick is such that it contains a hidden blade. This is a term usually used to describe the European weapons of the 18th century. However, there are similar weapons like the cane sword, the most popular ones being the Roman Dolon, the Japanese Shikomizue, and the Indian Gupti. Between the 18th and 19th century, cane swords were a fashion accessory for the wealthy. This was because of openly carrying a sword was becoming socially unacceptable. Nevertheless, even with the restrictions, the upper-classmen used to train swordsmanship. 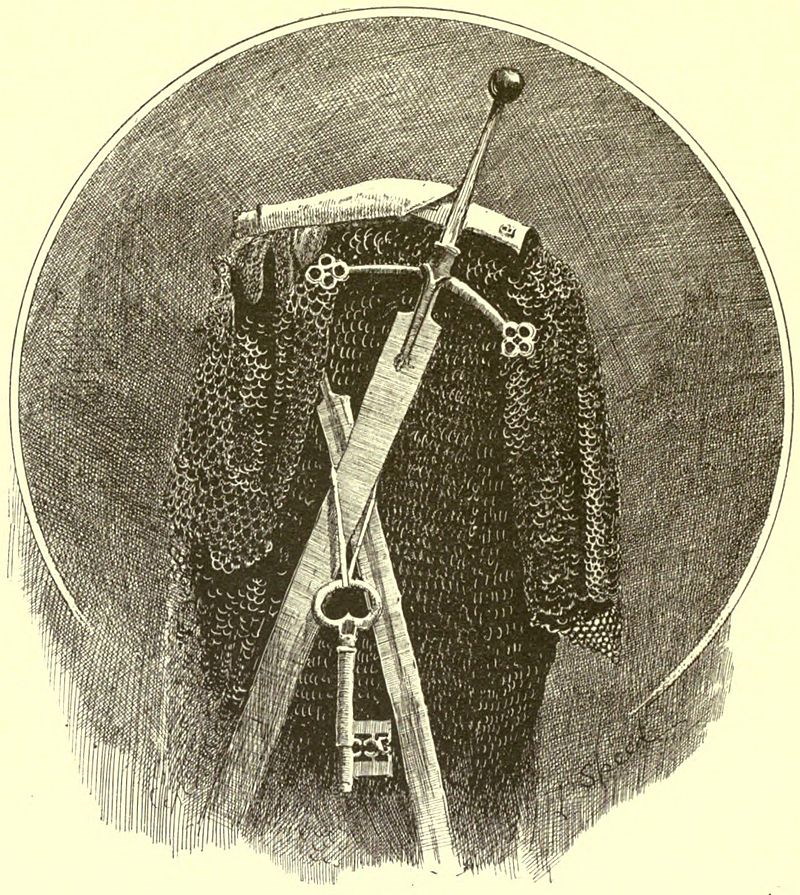 The Claymore sword is a sword that was popular between the 15th and 17th centuries. It is a Scottish or Gaelic originated sword. In the Claymore-type of a sword, there are further two variations. The first one is where the sword is two-handed and has an optimal basket grip. The basket grip has the similarities of the hilt of a rapier, but the difference is in the two-hand grip. This type of Claymore sword is much similar to the standard bastard sword used in Europe. The second type of the Claymore sword has a V-shaped hilt. To describe the basket-gripped swords, the word claymore was used in Scotland for the first time in the 18th century. As the Scottish and English armies came under the Acts of Union in 1707, the claymore swords were then used as Highland symbol, which depicted the strength and prowess. The claymore was used in the Scottish regiment until the 19th century. 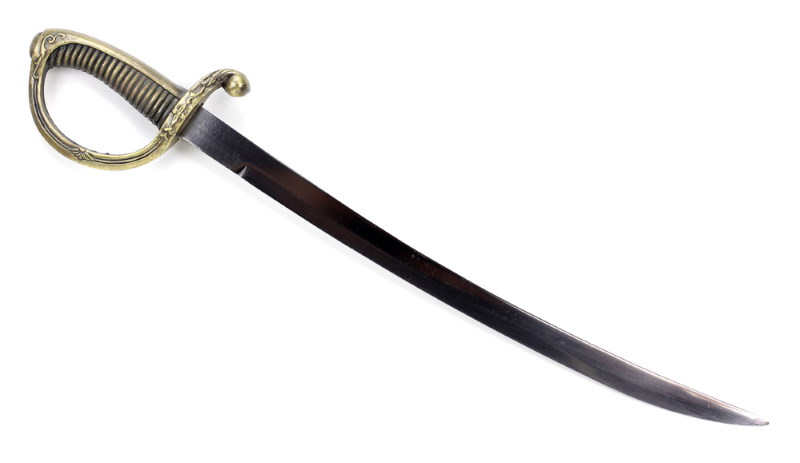 The Cutlass sword is more popularly known as the pirate sword. It is a short, broad saber or more like a slashing sword. It has a straight or sometimes a slightly curved blade that is sharpened at the cutting edge. The hilt is usually adorned with a solid cupped or basket-shaped guard. During the Age of Sail, the Cutlass Sword was a common naval weapon. These became a popular pirate weapon because the pirates used them as much for combat as for intimidation as well. More than often, all they had to do was brandish their sword and the crew surrendered. Sometimes, during interrogations, they used to use the flat side of the blade to force compliance or response. 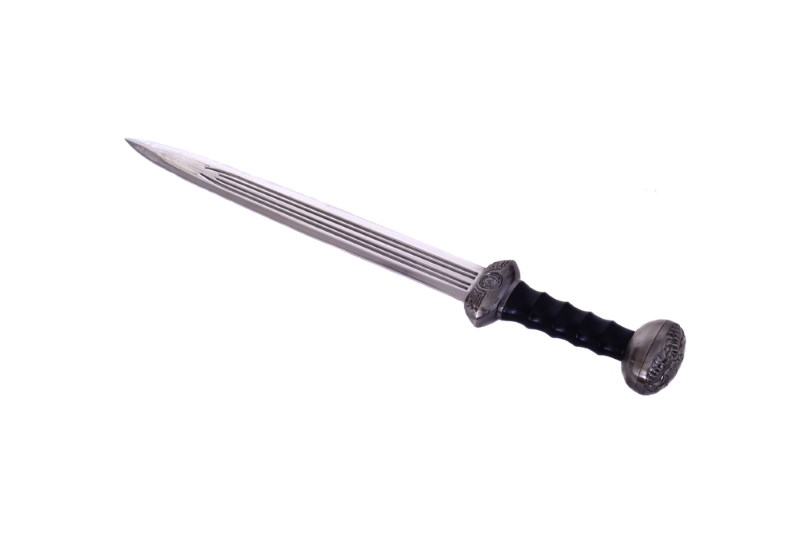 Gladius swords were the primary swords of the foot soldiers of Ancient Roman. Gladius means sword in Latin. During the Early Roman era, the swords they used were similar to those of the Greeks. It was in the 3rd century that those that were similar to the Celtiberians replaced these Greek swords. During the conquest of Hispania, they adopted various other versions of swords. These swords were given the name of gladius hispaniensis. In the Roman era, the soldiers used to throw the javelins to disable the enemy’s shields and break their formations before engaging in close combats, where they used the gladius sword. These soldiers were usually led by the shield and used their swords to thrust. With different types of gladius swords, all were suitable for cutting, chopping as well as for thrusting.

Originated from ancient Syria and India, the Haladie sword is a double-edged dagger. The Haladie sword has two curved blades that are attached to a single hilt and is used for stabbing as well as for slicing. The Indian Rajput clans’ warriors used this weapon. We know that daggers have been around for much longer than a sword, and have been used in close combats. There are even daggers used for ceremonial and ritual purposes. This is a weapon that is designed for close-proximity battles or for self-defense. There are cultures that deem daggers as a symbol of manhood. 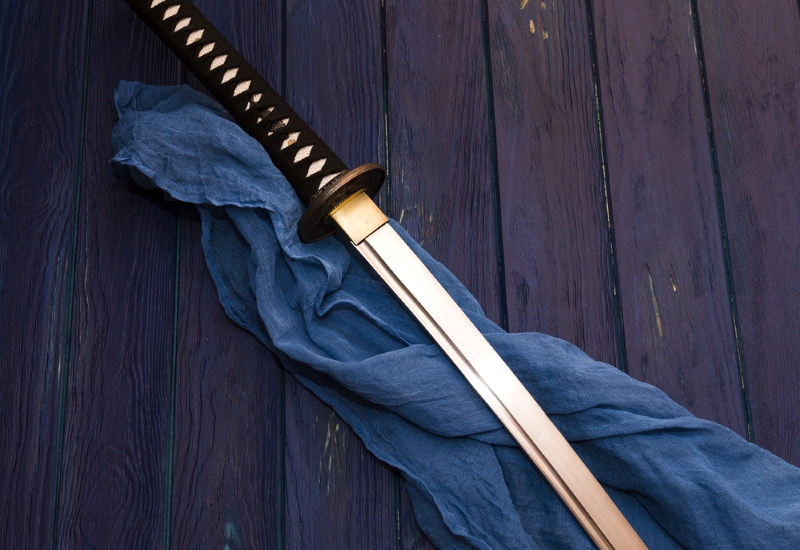 Katana Sword, a.k.a. the samurai sword is a Japanese weapon used by the samurai of the feudal and ancient Japan. The katana sword’s uniqueness lies in its appearance of a curved, single-edged blade, with a circular or squared guard, and usually has a long two-handed grip. According to the historians of the West, the Katana Sword was one of the finest cutting weapons in the history of world military. A sword that is longer than 24 inches is defined as a katana. 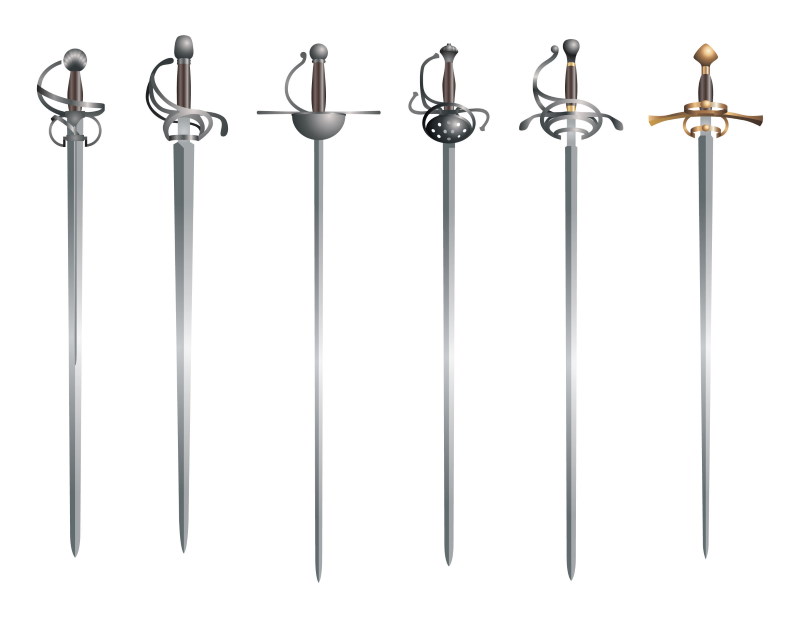 For a slender, sharply pointed sword, a looser term is used called the rapier. The rapier sword is one that is made only for thrusting. However, it can be used as a cutting and a slashing weapon when needed. There are some rapiers that are sharpened only at the tip, but there are also some that are sharpened throughout the length. For the protection of the hand, rapier swords have a complex hilt. There are historians who have classified the rapier sword as a broadsword or a saber. During the 16th and 17th century, Early Modern Europe used rapiers. The rapier is somewhat similar to the gladius sword of the Roman era, as these were used alongside a shield. 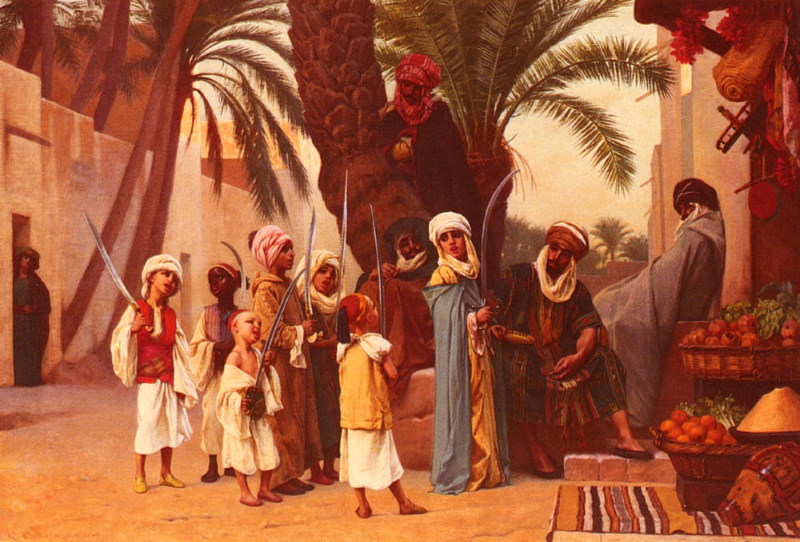 Originated from the Middle East, scimitar sword is a backsword with a curved blade. It is believed that the scimitar was widespread in the Middle East from the Ottoman period; the earliest examples are from the 9th century. However, the conflict about this sword lies in its name, as no one knows the origin of the word scimitar. 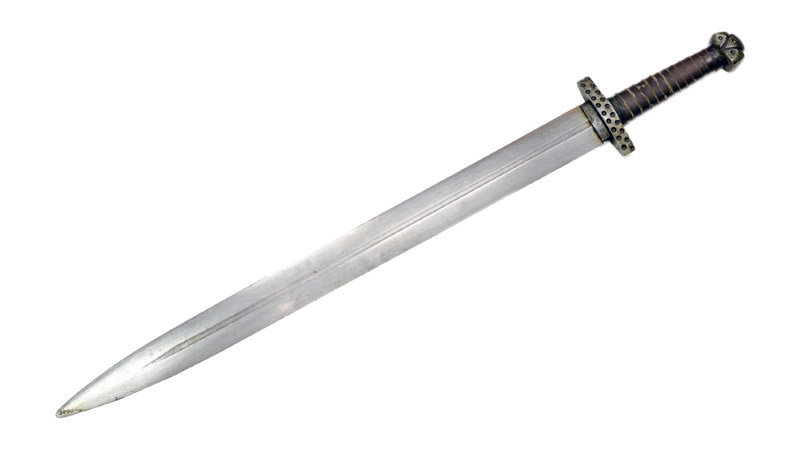 The Viking sword comes with another name, Carolingian sword, and this was most prevalent in the Western and Northern Europe during the Middle Ages. The Viking sword came into being in the 8th century and it was forged from the Merovingian sword. The Viking sword was the sword used primarily used by the Scandinavian based Vikings. The sword originated from the Roman Gladius sword. This was a single-handed sword has a sharp tip and edge meant for slashing and thrusting. Until the 12th century, the Viking swords were quite famous, and later they blended into the Norman swords. The Norman swords were the very first stage of the knightly swords.

Swords are countless, with various variations. There is no end to it, as we can find a sword in every age of our history. We hope you enjoyed this short trip down the history lane!